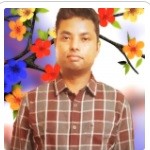 The principal should, within one year in case of inputs and three years in case of capital goods, bring back the goods or supply the same directly from the place of job worker including supply for export purpose, except moulds, dies, jigs, fixtures or tools.

If the goods are not brought back or supplied from the place of job worker, within the stipulated time, it is considered as supply on the day when the goods are sent to job worker and the invoice should be issued by the principal for the same.