Implication of GAAR and POEM 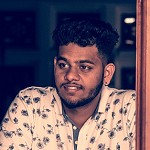 
Major Amendments in Direct Tax and its implications

With the outset of India moving towards Global Tax Compliance strategies, two concepts were brought into the Tax System in the last financial Budget namely

Both these concepts were awaiting a long-time approval with the government and finally the Government has given a nod for the tax system in the country to take a leap forward towards global compliance.

While PoEM deals with foreign companies paying tax in India, on the other hand GAAR seeks to prevent companies from routing transactions through other countries to avoid taxes.

These concepts will aim at mending and blocking the loopholes currently present in our tax system which are being exploited by the global giants.

As our Honorable Finance Minister describes our society to be predominantly Non tax Compliant Society, introduction of concepts such as GAAR and PoEM would bring a great number of Companies under the taxable radar and will also strengthen the tax system by restricting the companies to exploit the loopholes of our tax system in favor of themselves by avoiding to pay taxes.

PoEM which essentially stands for Place of Effective Management was brought in to identify the residential status of companies having units at various countries.

ABOI stands out for Active Business Outside India. Any company on applying the principles stated in the guidelines, comes to a result that such concern has an active business outside India, then the global income of such company will not be taxable in India.

Currently the ABOI test has been suggested based on the passive income of a company. The draft norms also distinguish between active business outside India and passive income for the purpose of determination of PoEM.

According to the guidelines suggested by the board, a company will be deemed to be engaged in active business outside India if

The other guidelines which are incidental to the ABOI are as follows,

The Place of Effective Management in case of company engaged in active Business Outside India shall presumed to be outside India if the majority of the meetings of the board of directors of the company are held outside India.

Under the existing norms, many companies "superficially and artificially escape" the residential status under the current provisions by shifting and transferring ultimate control and authority outside India. This has led to the creation of numerous "shell companies." These companies have become dormant in our country which are being used only to maneuver the funds of the company.

Hence it is to be noted that the guidelines of POEM is a substance over form concept which considers the details and substance of transaction of the company.

Coming up to the next is GAAR. As mentioned above, GAAR essentially stands for General Anti Avoidance Rules.

GAAR is a concept which generally empowers the revenue authorities and tax authorities in a country to deny the tax benefits of transactions or arrangements which do not have any commercial substance or consideration other than achieving the tax benefits. On a brief note, GAAR usually consists of a set of broad rules which are said to have a control and restriction over the general and potential avoidance of tax.

GAAR has been introduced to restrict the occurrence of the second category. i.e. Tax Avoidance. GAAR has been on the development stage in India for a period exceeding 5 years, but currently the stress on implementing GAAR provisions is on a compelling stage to restrict tax avoidance.

The GAAR provisions would be applicable on the following situations,

The implication of GAAR is that income tax department will have powers to deny the tax benefits if a transaction was carried out exclusively for avoiding taxes i.e. a transaction which lacks commercial substance.

When will GAAR be Invoked?
The rules will be invoked when the purpose of an arrangement is to obtain a tax benefit.

Vodafone was entangled in a $2.5 billion tax dispute over its purchase of Hutchison Essar Telecom Services. The transactions involved purchase of assets of an Indian company, and therefore a part of transaction was liable to be taxed in India as per the Tax Department.

Although the supreme court’s judgement was in favor of the telecom giant, The Government of India changed its Income Tax Act retrospectively and made sure that any company, in similar circumstances and having similar transactions, is not able to avoid tax by operating out of tax havens.

The law was interpreted as follows,

Sec 9(1)(i) of the Income Tax Act states that, income accruing or arising directly or indirectly from the transfer of a capital asset situated in India is deemed to accrue/arise in India in the hands of a non-resident.

Outcome of GAAR and PoEM:

Both GAAR and PoEM will lead to an increase in the number of companies falling under the taxable radar. Both have a wider scope for triggering a taxable event. The authorities have chosen not to shake up things either way and stick to how originally intended to implement the GAAR and PoEM regulations, while still providing key clarifications on aspects that were ambiguous in the draft guidelines. GAAR will be an ideal and effective solution to wipe down all the shell companies that have been created for the avoidance of taxes. This will give an increase and boost for the foreign as well as domestic investors. Reliability, trust and authenticity of the transactions of the companies would increase with such steps being taken by the Tax Department. It is to be clearly noted that Government of India has not taken such decisions to decrease the investment in Indian Companies but to avoid misuse of funds being pumped into the Indian Economy.

The Honourable Finance Minister of our country, Mr. Arun Jaitley has quoted that postponement of such provisions and laws will not take place hereafter. He has cited this to make the Indian economy more tax compliant, tax stringent and to make the current economy more organized and structural.

Implications in the tax system:

While there is debate over the implications of tax provisions such as GAAR and PoEM, it would lead to procedural embroilment. There would be an increase in procedural and structural compliance in an already not so easy business environment. Tax policies are going to be key in boosting sentiment and ease of doing business in the country. There is also a fear that Government may use it to target P-Notes. Participatory Notes commonly known as P-Notes are instruments issued by registered foreign institutional to overseas investors, who wish to invest in Indian Stock market without registering themselves. With "Make in India" campaign becoming a big success for the economy, the increase in the foreign investors should not be let down by stringent rules which makes it difficult for the foreign companies to continue business in India. If a foreign company pays tax for its global income in both the countries, it may become difficult for the company to claim its credit of tax in either of the country. This  is the reason for India engaging in various DTAA with a handful of countries. However, such DTAA provisions have to be evaluated in further detail.

With the implementation of PoEM, a foreign company which is evaluated to be a resident of India would be required to pay tax at the rate of 40 percent with the exclusion of applicable cess and surcharges. This would result in a major hindrance for foreign companies establishing their headquarters and controlling their activities from India. However, as we are moving towards Global Tax Compliance Strategies, it is necessary as a country to adopt the International guidelines of GAAR and PoEM. Both these provisions are to come into effect from April 2017 as per the information by the Honourable Finance Minister in the recent budget. Given the current economic scenario post demonetization period, it was found that the value of a rupee is getting stronger against the US Dollar. With implementation of such international tax laws, India could emerge as the strongest economy and as a nation, we would become a highly tax compliant society.