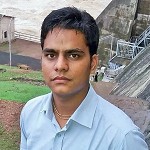 
In this period of reforming India, government has imposing major compliance and taxation on different industries and also on automobile Industry and the major impact of demonetization and GST implication makes it very much difficult for Used Car Industry to survive but there are several measures which government gives to resolve in used car Industry.

After GST, there were following issues and resolution which government gives or not gives

As per Rule 32(5) of the CGST Rules, 2017, where a taxable supply is provided by a person dealing in buying and selling of second hand goods i.e., used goods as such or after such minor processing which does not change the nature of the goods and where no input tax credit has been availed on the purchase of such goods, the value of supply shall be the difference between the selling price and the purchase price and where the value of such supply is negative, it shall be ignored.

The proviso to the above rule further provides that in case of the purchase value of goods repossessed from a unregistered defaulting borrower, for the purpose of recovery of a loan or debt shall be deemed to be the purchase price of such goods by the defaulting borrower reduced by five percentage points for every quarter or part thereof, between the date of purchase and the date of disposal by the person making such repossession.

Before the 25th general meeting of GST Council, there was not specified different rates for used car hence here the applicability of rates is as applicable on new car/vehicles. Similarly for Compensation Cess also there are not separate rates so this is also applicable as applied on new car.

But in this meeting Mr. Arun Jaitley, our honorable Finance minister considered the pain of this industry and reduce the rates and cess on car is as follows.

The author can also be reached at capuspendrajain@gmail.com