Impact of demonetization- two years down and still not over! 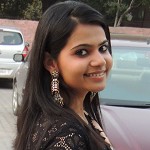 
On November 8, 2016, our honourable Prime Minister Narendra Modi announced his government's demonetization drive in a shock move. Today, when elections are in the vicinity the impact of all the decisions by Modi led government including the note ban and all its possible consequences are still being debated.

Announcing the same, PM Narendra Modi said, 'Brothers and sisters, to break the grip of corruption and black money, we have decided that the five hundred rupee and thousand rupee currency notes presently in use will no longer be legal tender from midnight tonight i.e. 8th November 2016. This means that these notes will not be acceptable for transactions from midnight onwards'.

Without a doubt, this is one of the biggest and the boldest moves taken by the Government, rendering almost 86% of the total cash currency in circulation invalid.

Though, the initial days witnessed long queues in front of the banks leading to a lot of inconvenience to people and an immediate decline in the economy, the Word Bank in April 2018, said that, the Indian Economy has recovered from the temporary disruption due to demonetisation and that India's growth will increase soon as the economy has recovered from demonetisation, IMF has appreciated the monumental reforms that have taken place in India.

Before discussing the impact it is imperative to understand that the primary objective of this note ban has been checking black money, terror financing, promoting digital transaction and weeding out fake currency notes.

Soon after the announcement, there has been an adverse impact on the economy entailing:

Moving onto a brighter side, demonetization has been widely appreciated despite all the negative impact that it created. Richard Thaler, Nobel Prize winner for Economics, applauded the same saying that, it is a policy that he has long supported and is a first step towards cashless economy and is a good start on reducing corruption.

Any change encompasses various impacts which triggers both the negative and the positive side and demonetization was not just a change but a reform- one of the greatest and the boldest in the Indian history! Of course there are certain points that highlight the demerits nevertheless, this step has been widely appreciated by not just a common man of the nation but, also by institutions and people globally.