IDS - A chance to turn black to white 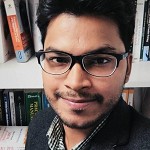 
The union government has launched its ambitious Income Declaration Scheme, 2016 (the scheme or IDS) as Chapter IX of the Finance Act, 2016. The scheme is effective from 1st June to 30 September 2016. This scheme is a clear indication that the CBDT is providing one last chance to all the tax evaders to save them from the clutching grip of Income Tax, after that Income tax the remaining evaders would be brought into scanner and legal prosecution shall be conducted against them.

Even our honorable Prime Minister Mr. Narendra Modi mentioned about the scheme in “Mann Ki Baat”. So what is this IDS scheme launched by BJP Government let’s get a brief insight about the same.

Who are eligible to make declaration under the scheme?

All ‘Persons’ such as Individuals, HUFS, companies, Firms, associations of persons(AOP) are eligible to make declaration in this Scheme.

What Kind of Declaration can be made under this Schemed?

Declaration can be made in respect of followings:

All such declaration can be made upto financial year 2015-16

What shall be amount paid by the declarant after disclosing the same?

The declarant shall be liable to pay aggregate tax rate @45% the breakup of which is as follows:

What shall be the benefit to the declarant as he is paying tax @45% which he would have saved by non disclosure?

Can the assese take the benefit of the Scheme against whom search order or notice has been issued under various Income Tax Act provisions?

The assessee cannot take the benefit of the scheme under the following circumstances:

What is the due date for the compliance of the Scheme?

There are following dates which needs to be considered for this Scheme:

What is the other core area that would be affected under this scheme?

What are the effects or consequences of non disclosure under this Scheme?

Thus this was the complete overview of the IDS scheme of Modi Government, which is trying to increase the treasury of government by catching the evaders and use the money in growth and development of country, however it’s also our responsibility being as an professional to help our clients in tax planning not tax evading and promote them to use the benefit of the Scheme or else the future consequences are going to be harsh.