After Tesla's CEO Elon Musk forced a sharp market movement by his cryptic tweets, we have one more famous personality whose one single action moved "billions" for Coca-Cola in the share market.

Due to this action of the Star Cristiano Ronaldo, Coca Cola company saw a $4 billion drop-down of its market capitalization at the New York Stock Exchange. 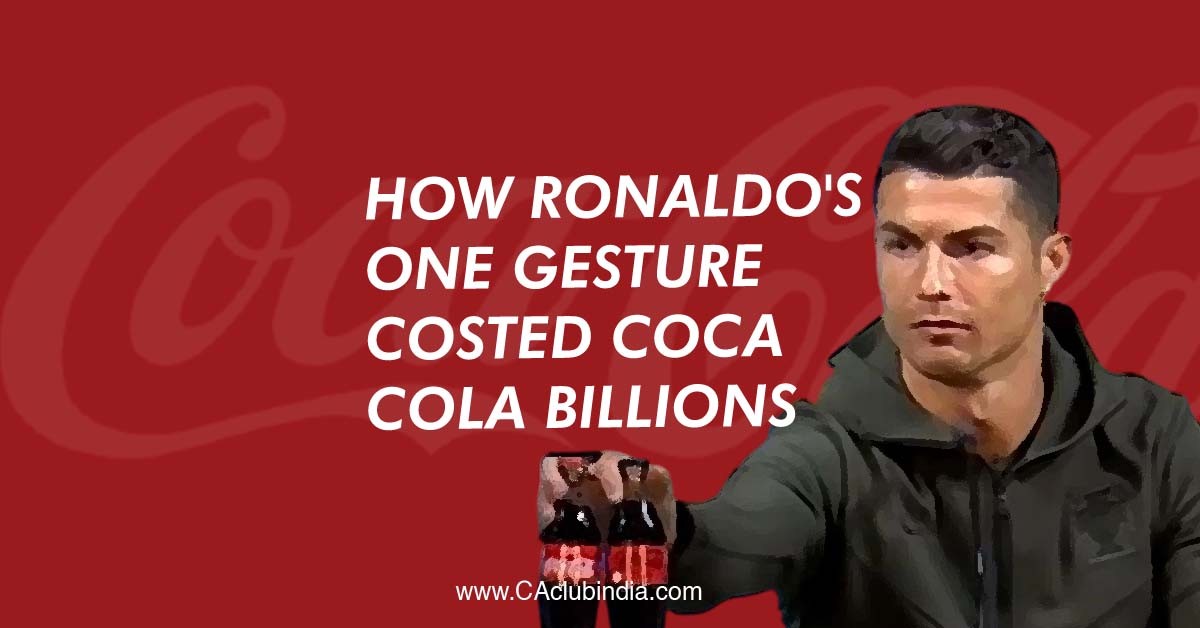 Coca-Cola is one of the official sponsors of the UEFA Euro 2020 tournament. According to a Hindustan Times report, a Coca-Cola spokesperson responded to the incident, stating, "Players are offered water, alongside Coca-Cola and Coca-Cola Zero Sugar, on arrival at our press conferences." The spokesperson added that people have different "tastes and needs".

Did you know: Coca Cola's Marketing Budget for the entire year is equivalent to $4 Billion. In other words, Ronaldo's gesture cost the company their entire marketing budget in less than 10 seconds.

It is also said that this action of Ronaldo is not likely to hurt the company in the long run. This move will affect shares and market value of Coke only temporarily and these share prices don't reflect the actual turnover.

Ronaldo is considered as a great fitness enthusiast and is also termed as the highest ever goal-scorer at the European Championship. He is known for his dislike for aerated drinks.

France and Manchester United midfielder Paul Labile Pogba were also seen removing a non-alcoholic Heineken beer from his table after which the shares on the Amsterdam Stock Exchange fall marginally on Thursday.

So, these days actions of stars, tweets of businessmen and even a small gesture of celebrities is impacting the stock market at a huge level.