GST on petrol & diesel: A myth or feat? 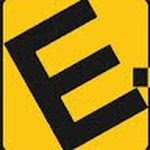 The advent of the uniform tax mechanism called GST has indeed taken the edge off the common man's burden. There is no rebuff to the fact that all those worrywarts who had once disparaged the possibility of such a unified and systematized indirect tax structure in India, have now been rendered speechless. The far-reaching GST registration process in India and the resultant reduction in revenue leakages have definitely led to a steady upsurge in the tax base over the past few months.

One of the most unreciprocated issues related to the GST regime is that for how long the petrol and diesel will be excluded from the ambit of Goods and Services Tax. The skyrocketing prices of petrol and diesel is not a vague issue for anyone in the nation today. The ensuing effect is that government is relentlessly being compelled to include all petroleum products under the GST purview by the agitated masses and the opposition, who already is up in arms over this issue.

Here the question arises that what exactly is the predicament, which is getting in the way of implementation of such a significant decision that can possibly hold back the 'cascading effect' of multiple taxes that impacts in the irrepressible problem of inflation.

Given that nearly 80% of India's oil needs are sustained by imports from Iraq and Iran, it is worth knowing that even slightest of a global tension can undeniably pose an exigent situation for the Indian government in respect of oil pricing.

Domineering role of the global oil cartel behind India's trouble

There is no doubt the Indian economy has been badly trapped under the crisis of constant overpricing of crude oil by the Middle East nations and OPEC (Organization of Petroleum-Exporting Countries) cartel. Due to the ongoing global tensions, India is bound to get exorbitant oil supplies from the Middle East.

The Organization of Petroleum-Exporting Countries tends to ensure coordination of the petroleum price policies as to assure stabilization of global oil market. The group regularly seeks to curb or extend oil supplies to rest of the world for stabilizing oil markets. Cautious of the slumping returns and decreasing financial reserves, the OPEC nations have implemented output cuts several times since recent years, resulting in the constant hike in global oil prices.

GST on petrol & diesel: A matter not yet addressed

There is no doubt that the rising prices of petrol & diesel have truly become a thorny issue for both the consumers and the government. However, the rising global oil crisis that has been discussed above has left the government in doldrums and has raised doubts in everyone's mind as to whether petrol & diesel would ever be included in the purview of GST.

The prolongation of the conventional indirect tax mechanism for petrol & diesel is the main cause behind soaring fuel costs and inflation in India. Here is the table illustrating how the aggregate cost of fuel reaches an alarming rate at the final stage of consumption:

It is worth mentioning that a trivial step has been taken by the government in this direction, as some of the petroleum products have been included under GST, such as MS (Motor-spirit/gasoline), HSD (High-Speed Diesel) and ATF (Aviation-Turbine Fuel). At the 25th GST council meeting, the GST rates for the aforesaid products were reduced to 5%. The question that whether petrol & diesel will be included in the domain of GST is still unanswered.

Government's dependency on petroleum for revenue

Despite the majority government of the ruling party in 19 states of India, the consensus over the inclusion of petroleum products under GST seems unlikely to happen, just as the crude oil products contribute a significant share in the Centre's pool of revenues. Currently, petrol and diesel account for over 40% of State governments' revenues, just as 100-130% aggregate tax is imposed on them by the Centre and State governments.

The scope of GST has been restricted to the extent of providing the avails of this system to the leading oil companies that have already gone through the GST registration procedure. The government is in no mood to impose GST on oil supplies as this can really result in plummeting of their revenues. The maximum rate of tax collection under the new regime is limited to 45%, including the cess. This can plunge down even further if Input Tax Credit is availed.