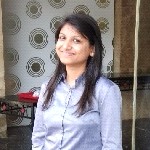 Anticipations from over a decade were put to rest on July 1, 2017 when India's biggest tax reform since independence, "Goods and Services Tax" (GST) was launched. With an attempt to create historic mark, the Government although claims to have succeeded in this 'smooth transition' from the earlier tax regime to the new tax regime, but the scenarios after 75 days of its implementation does not justify the same.

GST - 'A Goods & Simple Tax' as christened by our Hon'ble Prime Minister to make it look simple, but it didn't really change the hard realities faced by the public. Even after multiple representations from various sectors to postpone the date of the implementation of this 'historic reform', GST was implemented as planned by the Government albeit after 3 months from the scheduled date of 1st April 2017. Was the 'timeliness' actually fruitful?

Various instances of the difficulties being faced by the vast number of registered assesses, most of whom wanted to be tax compliant, show that had the implementation been delayed for some more time, the public as well as the Government would have been in a better position than what it is today.

If I remember soundly, a couple of Notifications were issued on 28th June'17 and 30th June'17, but GST was already scheduled to get started from 1st July'17. So, in 2-3 days only, the public was expected to read and understand the various notifications and check its relevance in their business. Whether their supplies fell within the exempted category or the 5% or 12% or 18% or 28% slab were all a matter of guess work (trial & error)! Whether the assesses are entitled to charge compensation cess from their customers from 1st July, or not? Whether they should pay tax under reverse charge or forward charge was another mystery? With all such questions occupying the mind of tax payers, the urge to study and understand 'as soon as possible' began. No complaints still, people started managing and memorising all they could to survive in the new regime with the typical Indian attitude of ‘Jugaad'.

But… Just as they started understanding and implementing whatever they had learnt, 'amendments' to the notifications started flowing in! Ah, Forget and Re-learn – The law of survival. More and more notifications were issued after 1st July which kept amending what was notified at an earlier date. When the government itself was not sure how things should be placed, with the GST Council also not being clear on the modalities (despite so many meetings at the cost of the public money), the public is expected to adapt to the new system. No complaints still, people continued the process of forgetting and relearning.

With an approach to minimising tax evasion, monthly return filing system was adopted in GST. But as soon as the first due date approached, the Government seeming unready with their own infrastructure, brought in a 'Short-cut' return called GSTR 3B. This was nothing but an increase to the number of returns from 3 to 4 per month! In the garb of ‘giving public some time to adapt' to the new tax system, Government took time for itself to develop and test the 'System' (GSTN) which completely let down the Government.

Months after months are passing, but as the next due date approaches to file the returns, screen buzzes with notifications stating 'last date to file the return extended'. Although the taxpayer lets out a sigh of relief on the extension as he gets temporary relief of the arduous tasks in attempting compliance by burning midnight oil, but the cause for extension is not the sweat on the head of taxpayers, it's the failure of the Government to make the system ready even 75 days after the implementation. The worst is that the extension of dates also is not pre-planned but intimated only in the last minute with the assesses left in the lurch and desperately trying to figure out if the GSTN works and captures data.

My grievance is that if the system is not able to handle so many users together, if the bandwidth is so weak, if the ASP/GSP are not properly trained, if the forms are not ready for use, then why is the monthly system of filing not being done away with! Is the extension in deadlines an intelligent solution to this disease of 'system error'? Or is it the manner in which time is given to the developer of the GSTN to put its house in order (both internally and externally)!

Its high time the Government, more particularly the Hon'ble Prime Minister intervene and wield its power to ensure the GSTN is up and running with the expectancy of more than 80 lakh users all at one time. The Government should also reconsider its decision and change the monthly system of filing returns to quarterly or half yearly. This will give the Government more time to put build a reliable network and enable the Government to revert to monthly compliance with the FY 2018-19. Alternatively, the Government should build such an infrastructure that the public do not get a chance to put the blame on the government for any failures.

Now, do you still think that GST implementation has been a success? The ego of the Government to stick at its decision of ‘hasty' implementation has made the economy lose crores of revenue. Had the Government taken some more time to make the 'system' ready, ‘taarik pe taarik' situation would not have arisen today. After 75 days of experiencing the turmoil brought in by GST and the Government experimenting with the tolerant tax compliant assesses, it simply seems a hasty and nasty decision to me!

Disclaimer: The views expressed in this article are strictly personal