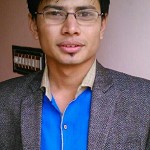 For the annual return Sec 44 (1) of CGST Act 2017 says that Every registered person, other than an Input Service Distributor, a person paying tax under section 51 or section 52, a casual taxable person and a non-resident taxable person, shall furnish an annual return for every financial year electronically in such form and manner as may be prescribed on or before the thirty-first day of December following the end of such financial year.

On 4th September 2018 vide Notification No. 39/2018 Government has notified the form according to that we have to file the annual return.

GSTR-9: This form should be filed by every registered person except Composition dealer and E-Commerce operator. This form contains six parts

Second part is for all outward supplies & advances details in a whole period which is nothing but consolidation from GSTR-3B.

Third part is for all ITC availed and reversed during the period which will be Auto Populated from GSTR3B filed.

Fourth part is for details of Tax declared and paid during the year.

Fifth part is for reporting of transactions of previous year declared in current year with may forgotten or come out during Tax Audit.

Sixth part is for Other Information in this part detail of demand, refund, Supplies from composition Dealer, HSN wise summary of inward goods and outward goods have to fill.

GSTR-9A – This form should be filled person who has opted composition scheme under GST. This form contains five parts and all the parts will be the same as GSTR-9 but only third part will not be there for ITC.

GSTR-9B- This form should be filed by E-commerce Operators till now Government didn’t release any format for GSTR-9B.

According To Section 35(5) of CGST Act, Every registered person whose turnover during a financial year exceeds the prescribed limit shall get his accounts audited by a chartered accountant or a cost accountant.

GSTR 9C is reconciliation between annual return GSTR-9, 9A and Audited Financial Statement. If any difference is there than reason for all the differences.

GSTR 9C is divided in two parts- Part A and Part B.

Part A is divided in to Five parts :

Second part is for the reconciliation of turnover declared in annual return (GSTR-9, 9A) and Turnover as per financial statement with reasons for un-reconciled differences.

Third part is for the reconciliation of tax paid declared in annual return (GSTR-9, 9A) and Rate wise liability with reasons for un-reconciled differences.

Fourth part is for the reconciliation of ITC declared in annual return (GSTR-9, 9A) and ITC claimed as per financial statements with reasons for un-reconciled differences.

Fifth part is for Auditors recommendation on additional liability due to non-reconciliation of Turnover, ITC or tax paid.

PART B OF GSTR-9C

Part B of GSTR-9C is for certification purpose this is having two formats.