GST and its working simplified 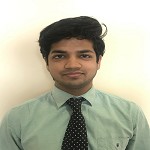 GST and its working:

Goods and Service Tax (GST) as the name suggest is a one single tax on the supply of goods and services, right from the Manufacturing to the ultimate delivery to customer. Credits of input tax paid at each stage will be available in the subsequent stage of value addition, which makes GST essentially a tax only on value addition at each stage and thus avoiding cascading effect. The final consumer will thus bear only the GST charged by the last dealer in the supply chain, with set-off benefits at all the previous stages.

Taxes to be merged into GST:

At the Central level, the following taxes shall be replaced by GST:

At the State level, the following taxes shall be replaced by GST:

How would GST be administered in India:

The GST shall have two components – One levied by the Centre i.e. Central GST (CGST) and the other levied by the State i.e. State GST (SGST). Both Centre and States will simultaneously levy GST across the value chain. Tax will be levied on every supply of goods and services. Centre would levy and collect Central Goods and Services Tax (CGST), and States would levy and collect the State Goods and Services Tax (SGST) on all transactions within a State. The input tax credit of CGST would be available for discharging the CGST liability on the output at each stage. Similarly, the credit of SGST paid on inputs would be allowed for paying the SGST on output. No cross utilization of credit between CGST and SGST would be permitted.

Transaction of goods and services to be taxed simultaneously under Central GST (CGST) and State GST (SGST):

The Central GST and the State GST would be levied simultaneously on every transaction of supply of goods and services except on exempted goods and services, goods which are outside the purview of GST and the transactions which are below the prescribed threshold limits. Further, both would be levied on the same price or value unlike State VAT which is levied on the value of the goods inclusive of Central Excise. Let us understand this with the help of an Example

Example:  In our example we presume the rate of SGST to be 10% while rate of CGST to be 15%. Here Supplier A is the Manufacturer in the state of Maharashtra, sells goods to supplier B within State which cost him 10000/-. Now on this he won’t charge excise duty, VAT, etc. but would charge SGST and CGST simultaneously.

Hence Supplier B shall be liable to Pay SGST of 250/- and CGST of 375/- only on the amount of value addition done by him. While the Ultimate Customer pays the total SGST of 1250/- and CGST of 1875/- avoiding cascading effect in the value chain.

Cross utilization of credits between goods and services be allowed under GST regime:

Inter-State Transactions of Goods and Services be taxed under GST in terms of IGST method:

In case of inter-State transactions, the Centre would levy and collect the Integrated Goods and Services Tax (IGST) on all inter-State supplies of goods and services under Article 269A (1) of the Constitution. The IGST would roughly be equal to CGST plus SGST. The IGST mechanism has been designed to ensure seamless flow of input tax credit from one State to another. The inter-State seller would pay IGST on the sale of his goods to the Central Government after adjusting credit of IGST, CGST and SGST on his purchases (in that order). The exporting State will transfer to the Centre the credit of SGST used in payment of IGST. The importing dealer will claim credit of IGST while discharging his output tax liability (both CGST and SGST) in his own State. The Centre will transfer to the importing State the credit of IGST used in payment of SGST. Since GST is a destination-based tax, all SGST on the final product will ordinarily accrue to the consuming State.

Example:  Here we presume IGST to be 25% while SGST is 10% and CGST is 15%. Again Supplier A is the Manufacturer in the state of Maharashtra, sells goods to supplier B within State which cost him 10000/-. In turn Supplier B sells it to Supplier C in Rajasthan for 12500/-. While Supplier C sells it to Ultimate Customer. Here Supplier B will charge IGST instead of SGST and CGST as it is an inter-state sale. However, he will be allowed Credit of CGST and SGST while paying IGST.

Now Suppose Supplier C sells it to Ultimate Customer in Rajasthan for 15000/- and charges SGST and CGST of 10% & 15% respectively. The SGST will be 1500/- and CGST will be 2250/-. Supplier C will be allowed credit of IGST paid (3125/-) on purchase while discharging his liability of both CGST and SGST. Centre will transfer the credit of IGST to the State to the extent used in payment of SGST.

Major features of the proposed registration procedures under GST:

The major features of the proposed registration procedures under GST are as follows:

Major features of the proposed returns filing procedures under GST:

a. The major features of the proposed returns filing procedures under GST are as follows:

b. Common return would serve the purpose of both Centre and State Government.

c. There are eight forms provided for in the GST business processes for filing for returns. Most of the average tax payers would be using only four forms for filing their returns. These are return for supplies, return for purchases, monthly returns and annual return.

e. Filing of returns shall be completely online. All taxes can also be paid online.