GST - A 'Vardaan' for Indian economy 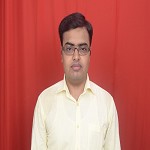 
GST is a tax on goods and services with comprehensive and continuous chain of setoff benefits from the producer’s point and service provider’s point up to the retailer’s level. It is tax only on value addition at each stage, and a supplier at each stage is permitted to set off through a tax credit mechanism, the GST paid on the purchase of goods & services as available for setoff on the GST to be paid on the supply of goods & services. The final consumer will thus bear only the GST charged by the last dealer in the supply chain, with setoff benefits at all the previous stages.

GST is one of the widely accepted indirect taxation system & prevalent in more than 150 countries across the globe. In India, GST bill had been passed in the BJP-dominated Lok Sabha in 2015 and hopefully this time it will be passed in Rajya Sabha also. As the Monsoon session of Parliament started this week, the focus of the government has now centered on the passing of GST or Goods and Services Tax Bill in the Rajya Sabha.

The proposed GST law is the most important reform towards creating a single market in India. It can help to boost the India's GDP growth by 1 to 2 percent as this will help faster and cheaper movement of goods across the country with a uniform taxation structure. GST successful implementation would give a strong signal to the foreign investors about our ability to support business, besides it will enable wide-scale changes in the tax structure which will have long term positive effects on our economy.

Currently there are many limitations & problems in the Indirect Tax system & Structure. These are:

Multiple taxation: Currently, each state taxes goods that move across its borders at various rates, leading to multiple taxation and that leads to higher product cost.

Double taxation: There are many cases when two or more tax is charged on same amount. For example: On software designing, development of software both VAT as well as Service Tax is charged.

Multiple Registrations: : If any entity is providing goods & services both then it needs to get registered in both department.

I have discussed some of the problems which our country is facing in present scenario and to overcome from the limitations & problems of the present Taxation system & structure GST is the only ‘Brahmastra’ which can solve the problems and can transform Indian Economy. In an interview, Highlighting the importance and relevance of GST Bill, Assocham President Sunil Kanoria has said that, “Goods and Services Tax is a key ‘Brahmastra’ for our Gross Domestic Product (GDP).Lawmakers across parties should pass the Constitutional Amendment Bill on GST without further delay”.

So, the benefits of GST that can be said as ‘Vardaan’ for Indian Economy are:

Improvement in Productivity:  By introducing GST, the idle time of trucks at check-posts & toll plazas will reduce and that will boost the travelling distance of truck, which will result in improvement in productivity.

Abolisition of various taxes: Central Govt. Taxes like Excise duty, Service Tax, CST and State level taxes like Vat on sales, Entertainment tax, Luxury tax and Octroi & Entry taxes levied by municipalities would be abolished; a simplified tax system will be created, leading to smooth flow of goods & services across the country. A unified market would be created in India.

Decrease in Taxation Rate: The present taxation rate peaks at 26.5 percent (Cenvat of 14 percent, and VAT of 12.5 percent) apart from the state level corporate tax of 2 percent for transferring inter-state goods. The proposed dual GST model (central GST and state GST) proposes to replace around 29 state and federal taxes and tariffs for a single tax at the point of sale. The current combined Centre and state statutory rates for most goods works out to be 26.5 percent but GST is expected to bring it down to 18-20 percent.

Lower Tax Evasion: Currently companies are required to pay tax on entire value of goods & services however after GST they will be paying tax only on the value addition. Thus the tax evasion would be lowered that leads to more companies paying tax.

Reduction of prices: By introducing GST, the transportation cost will reduce, double taxation will be avoided, and compliance cost will reduce those results in lower product cost. In this way inflation could be controlled.

Higher Revenue: By lowering tax evasion & enabling small businesses and companies to pay tax will increase the revenue of the Government. This will lead to more export and more employment opportunities.

So these are the benefits which I think Indian economy will have when the GST model will be enforced in India.

Currently the monsoon session of parliament is going on and Bill is in Rajya Sabha. Rahul Gandhi Vice president of Congress, before the starting of current parliament session has said that Congress party will support GST in Rajya Sabha but currently Congress is making halla-bol only on the unrest Kashmir issue and not allowing BJP to discuss on the other bills & issues. Now the only thing we can do is Just WAIT & WATCH.