GST a landmark tax reform should be handled with care 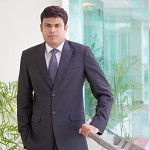 
Does Section 19 of the Constitution (One Hundred and First Amendment) Act, 2016 really save the powers of the Central Government to levy Excise and other central indirect taxes in States and all Union territories?

In an attempt to end the speculations over the power to levy Central Excise and other central indirect taxes, the Central Government reports that the Notification No. SO2986(E), dated 16 September 2016 (“Notification”) is flawless and does not require any amendment or clarification. The reason so provided is that the transitional provisions contained in Section 19 of the Constitution (One Hundred and First Amendment) Act, 2016 (“Act”) contains the saving clause for levy of such taxes till the end of one year from the date of issue of the Notification. With this explanation in place, the issue appears to have bitten the dust as the experts seem to have accepted the stance given by the Central Government. However, as students of law, there is still something which troubles us in understanding the explanation. Here’s why:

Section 19 of the Act states that ‘Notwithstanding anything in this Act, any provision of any law relating to tax on goods or services or on both in force in any State immediately before the commencement of this Act, which is inconsistent with the provisions of the Constitution as amended by this Act shall continue to be in force until amended or repealed by a competent Legislature or other competent authority or until expiration of one year from such commencement, whichever is earlier.’

Apparently, the explanation takes shelter under the phrase ‘in force in any State’ to continue the levy of Central Excise and other central indirect taxes defining these as the law in force in the ‘States’ of India. In this regard, it is important to understand the extension of the term ‘State’ as per the Constitution of India. Article 1 of the Constitution defines ‘State’ as specified under the First Schedule. Further, Article 366 (30) of the Constitution defines a ‘Union territory’ as the one specified in the First Schedule and any other territory comprised within the territory of India but not specified under the First Schedule. Thus, ‘State’ is clearly demarcated from a ‘Union territory’. Therefore, Section 19 does not appear to cover the law in force in ‘Union territories’ whether with or without legislature. In addition to this, the question as to whether it actually saves Excise and other central indirect taxes in ‘States’ will only be answered in courts.

Some of the experts have a view that the ‘Union territories with legislature’ will be covered under Section 19 and Excise as well as other central indirect taxes will continue to be levied therein. In this regard, it is pertinent to note that Section 19 is a non-obstante clause which overrides the amendment made by Section 14 of the Act. Thus, the amendment to Article 366 of the Constitution by Section 14 the Act which defines ‘State’ to include ‘Union territory with legislature’ is not applicable to Section 19 and also may not come as rescue to the explanation given by the Central Government. Moreover, newly inserted definition of ‘State’ is for limited purposes in the Constitution which does not appear to cover this situation.

Lately, few experts opined that since Excise law extends to India as a whole, the Notification will not have any adverse effect on the powers of the Central Government. However, this interpretation needs to be understood in light of the amended position created by the Notification and the Act. With effect from 16 September 2016, Excise law which also extends to ‘Union territories’ has been repealed by Section 17 of the Act through which Entry 84 of List I of the Seventh Schedule has been amended to restrict the levy of Excise on manufacture of petroleum and related products only. Since, Section 19 of the Act only refers to ‘State’, going by the explanation given by the Central Government, it may not again save the levy for ‘Union territories’.

Thus, the explanation appears to be a damage control only rather than an intended interpretation of Section 19 at the time of drafting. However, this understanding is based on the limited knowledge possessed as a student of law. The legal experts may again find another interpretation to save the apparently lost power of the Central Government.

GST is a landmark tax reform and every move towards its implementation is closely followed by the stakeholders. Our intent is not to figure out a way to uphold the view that a mistake has been committed by issuing the Notification. The purpose is to highlight the issues which may create unintended situations in this journey of transition into Goods and Service Tax (“GST”) regime. It is, however, disappointing that this whole incident of issuance of Notification to notify the Act appears to having been taken out of the passion to levy at the earliest without understanding its repercussions. The need of the hour is to move from the ‘mode of passion’ to the ‘mode of goodness’ which is required to craft a law which will resolve the issues faced by the stakeholders in the present system rather than creating a pile of new disputes.