Grounds for ROC to Strike Off the Names of Companies 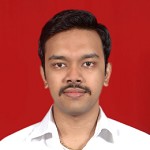 The Companies Act, 2013 has replaced the Companies Act, 1956. The new Act has 470 (four hundred and seventy) sections, 7 (seven) schedules as against 658 (six hundred and fifty eight) sections and 15 (fifteen) schedules in the 1956 Act. The old Act was insufficient in dealing with the national and international economic challenges. Therefore, the Central Government decided to replace the 1956 Act in order to meet the vast economic change.

What is a Company?

As per Section 2(67) the words used in the section 'previous company law' means any of the laws specified below:

a) Acts relating to companies in force before the Indian Companies Act, 1866;

(i) In the merged territories or in a Part B State (other than the State of J&K), or any part thereof, before the extension thereto of the Indian Companies Act, 1913;

h) The Portuguese Commercial Code, insofar as it relates to sociedades anonimas; and

Two or more persons who desire to carry on joint business, have the choice of either forming a company or a partnership. Partnership is a suitable device for a small-scale business which can be financed and managed by a small group of partners who take personal interest and there is mutual trust and confidence among them. But where the enterprise requires a rather greater mobilization of capital, which the resources of a few persons cannot provide, the formation of a company is the only choice. Accordingly, the company has become the most dominant form of business organization.

A company comes into existence only after it is incorporated under the Act. The Registrar of Companies has to provide the incorporation certificate and enter the name of the company in the register of companies. Once the company is incorporated, it will have a unique feature of perpetual succession wherein members may come and go, but the company shall exist forever. The following are the ways in which companies cease to operate:

1) Winding up under the order of the Tribunal.

2) Voluntary winding up, which is of two kinds, namely:

3) Striking off name by the Registrar

4) Striking off name by the Registrar, on an application made by the company.

Removal of Names of Companies

Chapter XVIII of the Companies Act, 2013 deals with the removal of names of companies from the register of companies. In the previous Act, i.e. Companies Act, 1956 the matter of removal of company was comprised in one section i.e. Section 560. However, under the new Act, the provisions are spread across five sections (s.248 to s.252). These sections have been notified on 26th December, 2016[Notification No. S.O 4167(E) dated 26th December, 2016]. Therefore, the old section is no more applicable.

The bare reading of Section 248 is as follows:

(1) Where the Registrar has reasonable cause to believe that—

(a) A company has failed to commence its business within one year of its incorporation;

(b) Omitted by Companies(Amendment) Act,2015[Notification No. S.O. 1440(E) dated 29th May2015. (Prior to the amendment, it read as: The subscribers to the memorandum have not paid the subscription which they had undertaken to pay within a period of one hundred and eighty days from the date of incorporation of a company and a declaration under sub-section (1) of section 11 to this effect has not been filed within one hundred and eighty days of its incorporation;

In line with the discontinuance of declaration under sub-section (1) of section 11 before the commencement of business. The said condition has also been removed from one of the power of registrar to remove name of the company)].

(c) a company is not carrying on any business or operation for a period of two immediately preceding financial years and has not made any application within such period for obtaining the status of a dormant company under section 455, he shall send a notice to the company and all the directors of the company, of his intention to remove the name of the company from the register of companies and requesting them to send their representations along with copies of the relevant documents, if any, within a period of thirty days from the date of the notice.

(2) Without prejudice to the provisions of sub-section (1), a company may, after extinguishing all its liabilities, by a special resolution or consent of seventy-five percent members in terms of paid-up share capital, file an application in the prescribed manner to the Registrar for removing the name of the company from the register of companies on all or any of the grounds specified in sub-section (1) and the Registrar shall, on receipt of such application, cause a public notice to be issued in the prescribed manner:

Provided that in the case of a company regulated under a special Act, approval of the regulatory body constituted or established under that Act shall also be obtained and enclosed with the application.

(3) Nothing in sub-section (2) shall apply to a company registered under section 8.

(4) A notice issued under sub-section (1) or sub-section (2) shall be published in the prescribed manner and also in the Official Gazette for the information of the general public.

(6) The Registrar, before passing an order under sub-section (5), shall satisfy himself that sufficient provision has been made for the realisation of all amount due to the company and for the payment or discharge of its liabilities and obligations by the company within a reasonable time and, if necessary, obtain necessary undertakings from the managing director, director or other persons in charge of the management of the company:

Provided that notwithstanding the undertakings referred to in this sub-section, the assets of the company shall be made available for the payment or discharge of all its liabilities and obligations even after the date of the order removing the name of the company from the register of companies.

(7) The liability, if any, of every director, manager or other officer who was exercising any power of management, and of every member of the company dissolved under sub-section (5), shall continue and may be enforced as if the company had not been dissolved.

(8) Nothing in this section shall affect the power of the Tribunal to wind up a company, the name of which has been struck off from the register of companies.

Salient Features of the new section

Unlike the 1956 Act where only the registrar had suo moto powers to remove the name of a company from the registrar of companies on account of it's not carrying on business, the 2013 Act authorizes the companies themselves to apply for removal of their names from the register of members. Salient features of Chapter XVIII are as follows:

i) it has not been carrying on business for two immediately preceding financial years and has not applied for treating it as a dormant company; or

ii) it has failed to commence business within one year of incorporation.

(b) The procedure to be followed by the registrar to strike off the name has been simplified in the 2013 Act as compared to the procedure under s.560 of 1956 Act.

(c) It is specifically provided that the provisions of s.248 are not applicable to companies registered under s.8 of 2013 Act (Charitable Companies).

(d) If a company is regulated by a special Act, then the approval of the regulatory authority shall be obtained and enclosed with the application by the company seeking to strike off its name from the register of companies.

Registrar's power to remove name of the company

The Registrar has suo moto powers to strike off the name of the company if:

1) Within one year of incorporation, the company has failed to commence its business; OR

2) The company is not carrying on business or operation for a period of two immediately preceding financial years and has not made an application for obtaining a status of dormant company. OR

3)The company after passing a special resolution or after obtaining consent of seventy five percent members in terms of paid-up share capital and after extinguishing all liabilities, may make an application for striking off its name from the register of companies.

Before taking the above steps, the registrar has to send a notice to the company and all the directors of his intention to remove/strike off the name of the company and has the power to seek relevant documents within a period of thirty days from the date of the notice. The Act makes it mandatory for the registrar to issue a notice.

If the condition of issuing notice is not satisfied by the registrar, then there can be no occasion for him to strike off the name and therefore the name is liable to be restored in the register of companies[Tufail Ahmad Khan Construction Pvt. Ltd. v. Union of India, (2010) CLC 952(Pat)].

ROC's Intimation to other Authorities

According to s. 248(5), the registrar may strike off the name of the company, unless the contrary is shown and on the expiry of 30 (thirty) days of notice issued U/s 248(1). He shall publish the notice in the Official Gazette. On such publication, the company shall stand dissolved.

According to s.248(6), the registrar shall make sure that there is sufficient provision being made for the payment and discharge of all the liabilities and obligations of the company are met within a reasonable time and may also obtain necessary undertakings from persons in charge of management.

The objective is only to continue the liability of any director or other officer, which existed prior to the dissolution of the company. It does not enhance the liability such as making them personally liable, when they were not so liable before [Narmada Chaudhaury v. Motor Accidents Claims Tribunal, AIR 1984 Gau 16].

Thus, Section 248 of the Companies Act, 2013 can be considered to be significantly beneficial as compared to Section 560 the 1956 Act. It has clearly laid down the grounds on which the registrar may strike off the names of companies and also the procedure to be followed by the registrar as well as by the companies. As compared to the old section, the current section has reduced the technicalities to a great extent and has also simplified it. The Companies Act, 2013 has adapted itself to the growing needs of the enormous economic world and has managed to achieve a giant leap in the history of company legislations.