Fun Facts about the GST 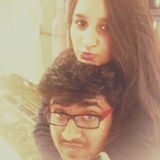 
The government of India has been preparing for the introduction of “Goods and Services Tax” for over a year now. Here are some fascinating facts that you need to know about the GST.

1. It has been 17 years since GST was first conceptualized in India.

That’s right! In the year 2000, the Vajpayee government started a discussion on GST by setting up an empowered committee headed by Asim Dasgupta. He was then the Finance Minister of West Bengal.

Presently, there are around 160 countries that have implemented the GST or VAT in some form or the other. France was the first country to have introduced GST.

India, being a federal country, is going to have a dual-GST structure - Central GST and State GST. The only other country with a dual GST is Canada.

Globally, the standard GST rate varies from 1.5% in Aruba to 27% in Hungary.

The GST Council in India has proposed a four-tier rate structure with two standard rates - 12% and 18%, a lower rate of 5% for the essentials and a higher rate of 28% for the luxury goods and sin goods.

The government may even levy a cess on sin goods over and above the higher rate of 28%. The cess will fulfill two purposes - discourage the consumption of sin goods and source additional revenue to compensate the States. (discussed later)

4. The Constitution of India has been amended.

The Constitution of India has been amended to insert articles empowering the government of India to levy GST.

This will be seen in case of intrastate supplies, where the CGST and SGST would be leviable simultaneously on the same transaction.

An act of a legislature lists rules and regulations and empowers the government to enforce the said rules.

For the nationwide implementation of GST, 33 GST Acts would be required:

6.  All legislatures in the country, Central or State, will be required to pass the GST bill before it becomes a reality.

7. The power to levy existing indirect taxes has been removed from the Constitution.

On September 16, 2016, when the Constitution was amended to introduce the power to levy GST, the corresponding powers w.r.t. existing indirect taxes were removed, except on a few products which are kept outside the purview of GST for the time being.

So the question arises, how is the government still collecting indirect taxes?

A clause was inserted in the Constitution which provides that the existing taxes will be applicable till 1 year since the date of this amendment.

The clause, that provides for the applicability of indirect taxes for 1 year after the above mentioned notification, expires on September 15, 2017.

This means that if GST is not implemented till September 16, 2017, the government would not have power to collect ANY indirect taxes whatsoever till the date GST is implemented.

9. How will GST benefit the economy?

GST will ensure seamless flow of credit across the supply chain, thus overcoming the inflationary effects of cascading of taxes.

Further, GST will open up the Indian economy to FDI by foreign investors who are reluctant to invest in India due to its complicated tax structure.

The taxable events for the existing indirect taxes are sale, manufacture, provision of service or import.

For GST, the taxable event is a supply of goods and/or services. This term covers within its ambit all kinds of existing taxable events.

11. Definition of goods and services under GST.

Goods has been defined to mean every kind of movable property. Services have been defined as “anything other than goods”. If we go by the literal meaning of this definition, even immovable property will be treated as services for the purpose of GST.

12. Free supplies are taxable under GST.

Consideration is not a mandatory condition for a supply to be taxable under GST. Some supplies would be leviable to GST even if no consideration is paid.

For example, Schedule I of the Model GST Law provides that the supplies between principal and agent will be taxable even without consideration. So if the principal sends goods to his agent for further sale, it shall be a taxable supply under GST.

13. Disposal of assets shall attract GST.

Schedule I provides that disposal of business assets on which credit has been availed shall attract GST, even when they are disposed off without any consideration.

So, in case some assets are disposed off by a company then they would have to pay GST on such transaction. Then why would a person prefer disposing off any assets without consideration when not disposing it off is a more beneficial scenario?

14. The recipient shall be entitled to credit only if the supplier pays tax to the government.

This system motivates the recipient to keep a check on his supplier. The government has shifted its burden of ensuring compliance of GST system to the recipient of supplies.

A company having pan-India operations will have to furnish more than a 1000 returns per year under GST.

16. States will be compensated for 5 years.

This is why we saw that the government of some states like Tamil Nadu was reluctant towards the introduction of GST.

The Centre has agreed to compensate the States for any loss of tax revenue under GST for the first 5 years. For this purpose, the Centre plans to collect additional revenue by levying GST Compensation Cess on sin goods.

17. Alcoholic liquor for human consumption has been kept outside the scope of GST.

No need to celebrate, alcoholics! State excise duties and VAT will still be applicable on alcoholic liquor for human consumption.

A few other petroleum products have also been kept outside the scope of GST for the time being, but the same may be brought under the ambit of GST at a later date. Excise duties and VAT would continue to apply on such items till such date.

18. Tobacco shall be leviable to existing taxes as well as GST.

The power to levy Excise duty on tobacco has been retained in the Constitution. Further, it has not been kept outside the scope of GST.

So, it is safe to assume that the government plans to levy both the taxes on Tobacco and Tobacco products.