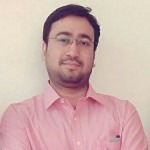 Yes, you are right. The headline is little incorrect. The bill is now of 2018.

This to reveal the lethargic attitude of the government. Originally law was proposed in 2017 but no action was taken then; only after the disaster the Government wakes up!

The important aspects are being covered below along with my views/suggestions:

Purpose - A Bill to provide for measures to deter economic offenders from evading the process of Indian law by remaining outside the jurisdiction of Indian courts, thereby preserving the sanctity of the rule of law in India.

The Act applies to any individual who is, or becomes, a fugitive economic offender on or after the date of coming into force of this Act.

Old diplomats does not have to fear. After reading the article you can better judge whether it's preventive!

View - If there is no treaty then expect no better support from the other state.

2. Fugitive Economic Offender means any individual against whom a warrant for arrest in relation to a scheduled offence has been issued by any court in India, who:

View - If the person refuses to return to India because his health is not good, then whether he will be treated as FE offender?

3. Proceeds of crime means any property derived or obtained, directly or indirectly, by any person from any criminal activity relating to a scheduled offence or the value of such property or where such property is outside the country, then the property equivalent in value held within the country;

View - Generally absconder are not involved with criminal activity. Most of the time the question is of the legitimacy of the transactions relating to fund transfer from one company to another. The answer to the question is subjective and hence the cases runs for years.

4. Scheduled offence means the offences mentioned in the Schedule to this Act, if the total value involved in such offences is one hundred crore rupees or more;

View - Other than schedule, this act will play no role. Putting monetary limit will make person to plan in small lots.

5. Terms not defined in this Act that are defined in the Prevention of Money Laundering Act, 2002 shall have the same meaning as in that Act.

In cases where any confiscated property is the subject matter of proceedings under the Insolvency and Bankruptcy Code, 2016, the administrator will follow the priority prescribed under the said Code for the satisfaction of claims under this section.

View - In short this act is going to be a just little brother of the existing laws and nothing major can be expected.

1. The Officer Director may file an application to the Special Court for a declaration that an individual is a fugitive economic offender.

Problem - Till the time the officer files application person leaves the Indian Territory. So what difference do this law makes?

2. The attachment of any property under this section will continue for a period of 180 days from the date of the order of attachment.

3. A notice about FE Offender will be forwarded to such authority for effecting service in a contracting state.

Unsolved - Whether that state will take action or not is still not guaranteed. Things remain same.

4. On a declaration, the Special Court may order that any of the following properties stand confiscated to the Central Government:-

Any person claiming that any interest in any property was acquired without knowledge that such property is proceeds of crime will bear the burden of proof of that fact.

Problem - The genuine taker of property will get hit.

5. Any individual aggrieved by an order may file an appeal to the High Court within 30 days from the date of the order.

Issue - The judgement is not to be given in a time bound manner and right to appeal will cause delay in disposal of property.

This law to me seems to be a political gimmick, unless it is notified at earliest date, proper rules are framed, uncagged honest officers are appointed and decisions are given in time-bound manner.