From riches to rags: The rise of corporates frauds in country 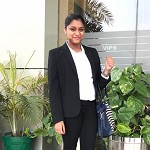 
Of all white collar crimes, corporate scams are the most sophisticated and adversely affect the society.The detection of corporate frauds, many a times, becomes difficult, as the financial statements are fabricated or the balance sheet is camouflaged and also the frauds are never a part of the directors’ report. The statutory disclosures also give statements on such camouflaged balance sheet; hence, there appears to be a close and strong nexus between the perpetrators of the fraud and the unscrupulous professionals, making the fraud invisible till the lid blows off.

The country sees frauds daily from Harshad Mehta scam to Nirav Modi, yet the gravest of all times is that of The King Of Good Times.

Vijay Mallya is an indian business baron, multibillionaire Chairman of the Conglomerate- United Breweries Holdings (UB). He was one of the most talked about and prominent business personalities of India. Vijay mallya is known for his extravagant lifestyle and is popularly termed as called the "King ofGoodTimes" and "the playboy of the East”. But however, Kingfisher led to a collective failure of the system, the timeline is-

2008- was a good year for airlines and everything went well, he got permit to operate on international routes as well.

2010-Restructuring of the loan.It continued to pile up losses and had turned its net-worth negative in the previous financial year.

2011-the Airlines for the very first time declared issues in the cash flows. The blame however was laid on the rising costs of fuel. In that year, Kingfisher was not able to pay the fuel cost to the oil companies and salaries to the employees. It was because of this reason that pilots left Kingfisher for rival airlines.

2015- The Service Tax Department holds the airlines accountable for a non-payment of Rs. 115 crore. The Department approaches Bombay High Court to seize Mallya’s passport, forcing him to appear in court.

2016- In a plea to stop Mallya from escaping the country, a syndicate of banks approached the Supreme Court of India. Mallya however, has already left the country, taking refuge near London. The Enforcement Directorate approaches a special court in Mumbai to issue another non-bailable arrest warrant under the Prevention of Money Laundering Act, 2002. The court goes ahead and does so. Reports surface alleging that Mallya has transferred $590 million abroad.

2017- Vijay Mallya, who is undergoing an extradition trial in a UK court over Rs 9,000-crore fraud and money laundering charges, will face next year a parallel litigation brought by 13 Indian banks to freeze nearly $1.5 billion of his assets. Also, Vijay Mallya faces assets freeze order in UK courts until April 2018.

2018- The extradition trial is going on in UK and Mallya is on bail.

NIRAV MODI’S FRAUD: -A news that has just hit the daily is that of the billionaire jeweller- Nirav Modi who allegedly acquired fraudulent letters of undertaking from one of its branches for overseas credit from other Indian lenders.

A case of money laundering has also been lodged against Nirav Modi and others.

The ED would take the same action of notification under the fugitive offenders ordinance after filing a second charge sheet against Modi's uncle and jeweller Mehul Choksi and his businesses, who are also accused in this case.

The Insolvency and Bankruptcy Code, 2016 (IBC) is the bankruptcy law of India which seeks to consolidate the existing framework by creating a single law for insolvency and bankruptcy.  The code will be able to protect the interests of small investors and make the process of doing business a less cumbersome process.

The future course of action for any person filing applications under IBC is now clear owing to the lucid interpretation of law attempted by the Hon’ble Apex Court. Firstly, it is imperative that the corporate debtor takes all arguments at the first instance, and before the conclusion of hearings, thereby directly ensuring that timelines stipulated under IBC are strictly adhered to.

Secondly, while interpreting IBC, what must be borne in mind is the object for which it was introduced, i.e. the timely resolution of insolvency.

Finally, the judgment of the Hon’ble Apex Court acknowledged that by virtue of IBC, there is now ‘a paradigm shift in insolvency law’ and the statute secures much-needed hope for financial and operational creditors.

The curse of corporate frauds has a silver lining in the cloud, as there are simple methods, which can be evolved to deter the perpetrators of the white-collar crime, its timely detection and punishment of the accused and the delinquent persons.


Category Others, Other Articles by - Yukta Garg