From No one to a CA now 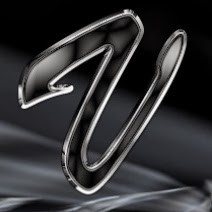 
I was an average student in studies. I lost interest in studying slowly from First Year B Com, to be precise HSC. I cleared my FY Com to TY B Com exams by studying one day before the exam day, and had joined classes only for accounts in TY B.Com. So due to this approach or mentality I lost the grip on studying and jumped into the ocean of Chartered Accountancy after TYB Com.

I entered CA course through direct entry scheme, so, had to do articleship alongside with my IPCC preparation. I gradually stopped spending time on online games after joining my articleship, as there was no time for that.

My First attempt was due in May 2014, and I failed miserably as I didn't went to classes and had got 57 days to be precise before my exams for preparation. So, my first attempt went in reading the portion completely without doing any writing practice after long gap of studies approximately 4 years (after my HSC). I knew it in advance that I won't pass, so I went just to experience the paper pattern.

In my second attempt I made an effort to study a bit seriously during my study leave which was about a month before exams. But still was not able to clear, and slowly realized that I have to put more effort.

In my third attempt also I was not able to clear my exams as I was giving MCom also. But, I don't want to give that excuse for my failure. It was my study pattern which was stopping me from clearing the exams. Here, I realized that i cannot pass it by studying casually like TYB Com or M.Com.

Then, before my fourth attempt was due, I did analysis by seeing my performance and past results, where I was lacking behind and what was holding me back from passing the exams. Every time I gave exams for both the groups and everytime I used to fail in Costing and FM. So, I did crash course of the same before my attempt while doing articleship. Some of my friends suggested me to give single group, but I still prepared for both the groups as there is benefit of aggregating. For my 4th attempt, I had got only 15 days study leave period. Some of my friends were calling me mad as how one can clear both the groups in 15 days period. Even I searched on Google how to clear IPCC both groups in 15 days, but there were hardly any positive answers.

During this attempt I studied with one of my friend, he used to come at my home and we used to solve practical subjects like accounts, advanced accounts, cost and fm. This was the attempt where I made effort to solve the problems as much as I can. Earlier, attempts I was only solving problems orally on calculator.

To clear of the suspense, I luckily cleared both the groups of IPCC in my 4th attempt Nov-15. My friends were shocked as I had only 15 days to study and we here that many students are unable to clear the exams even after taking one / two months study leave. In fact, one of my colleague had taken more than 20 days of leave for 2nd group and was unable to clear. So, after the IPCC hurdle it was time for the final CA Exam. I desperately wanted to clear it in my first attempt. But, I only started studying for it in my study leave period which was 4-5 months after my articleship was over. I had attended classes only for SFM and AMA only as they are my weak subjects. So, I had to study rest of the subjects on my own. Therefore, by the time my first attempt came on May 17, I was not ready and fully prepared. So, like I did during my IPCC first attempt, I went to experience the Final paper pattern. Naturally, I didn't clear my exams as I gave up after one of my paper went bad.

For, my second attempt I studied a bit more during my study period of 2 months but still that was not enough to clear of the exams. As I was still not clear with some concepts of few subjects. This is the drawback of self study. You require lot of time to understand concepts by yourself.

For, my third attempt, I had got 1 month for preparation and this time I seriously wanted to clear both the groups as there were limited attempts available for old portion and I didn't wanted to stretch my attempts. So, I practiced practical subjects by writing it down during my study leaves. Even, I made ISCA preparations very well so I could get exemption in that. I devoted much time on second group as there was change in IDT (GST was included).

To be precise I studied for 1st group during last 10 days before exam and first 20 days I studied 2nd group. This made my ISCA strong. During this attempt, my SFM paper went a bit difficult, but I made sure to attempt every question of it. So after that paper I realised that chances of clearing 1st group are less and focused on second group. My papers went well of 2nd group and was pretty much sure to clear atleast 2nd group if not both the groups. I even purchased new books of 1st group for studying next attempt. But God had other plans for me, I cleared 1st group instead. Fall short of 11 marks from clearing both groups.

I was not at all happy and continuously kept thinking why I fell short of 11 marks. I started blaming ICAI for it and in that aggression gave all papers for rechecking. But no luck in increment of marks. Hence, had to give yet another attempt In NOV 18.

This time I was granted only 10 days of study leave to study for 2nd group. As the due date of Tax Audit returns were extended till 31.10.2018, I was busy doing the return till the night of 31.10.2018. I was left with 10 days (1 to 10 Nov). My friend were telling me 'Tu pagal hai itna kam din le raha hai study ke liye'. But being senior had some duties towards work and I always gave preference to work than studies.

Now, first thing I did was searched Google,' how to clear CA final group 2 in 10 days' and google was itself in question marks. There was not even single article on such question. I felt like I had no chance of clearing this time and was blaming myself for not taking leave early ultimately. So I made a plan to get exemption any how in ISCA and practiced AMA and just to write DT and IDT by studying a day before exam as I had practical experience in tax. The first two paper, AMA and ISCA went pretty well, but DT was a horror for me. Majority question were of international taxation, amendments, and having 1.5 days to study was unable to go through the same. I had solved the paper 100%, though writing whatever I knew. After coming from exams I studied casually for IDT and wrote the paper full 100%. I was not sure that I will clear the exams.

On 23rd Jan,2019 results were announced, I was not sure I will pass or not, but it is saying that 'when you want something the whole universe conspires to make it happen', and I cleared 2nd Group. You heard it right, you can clear a group in 10 days study, if you plan accordingly.

So, until this day I didn't even wanted to do CA in the first place, but my father passed on his dream on me. And I never say no to my father, I never express my love in general to my parents. But, I love them a lot and I know they love me too, inspite of blaming me when I failed to clear in one or two attempts. Now, that I have cleared CA, they are really feeling proud as i am the first to clear CA in my family.

So, the catch here is even when you don't know any answer or you have not studied particular topic, don't just skip it, make an effort to write what you know. Miracles happen, when you are willing to make it happen. By skipping or not attempting the question will only increase your chances of failing. And there is a saying, 'Failures are the pillars of success', so learn from your failures and accordingly plan your next attempt and don't get disheartened by getting less no. of days for study leave.

NEVER GIVE UP and keep trying, one day miracle will definitely happen for you. My delayed success is due to my casual approach to studies, but i didn't gave up. So, if you are thinking of giving up, please think again and identify your reason for delay/ failure.

I will write a separate article if fellow candidates and aspirants want, on how I cleared IPCC in 15 days and CA Final Group 2 in 10 days.

The author can also be reached at kudvevishal@gmail.com