FDI In NBFC Sector in India


What is a Non-Banking Financial Company?

A Non-Banking Financial Company or commonly called NBFC is a company that is registered under the Companies Act and is engaged in wide-ranging financial services. These companies engage in the business of loans and advances, acquisition of shares, stocks, bonds, debentures, securities issued by Government or local authority or other marketable securities of similar nature like leasing, hire-purchase, insurance business or chit business.

How are NBFCs different from Banks?

NBFCs lend and make investments and function almost similar to the banks yet they are not banks; so let us understand what makes NBFCs different from banks.

These are a few factors that differentiate NBFCs from banks: 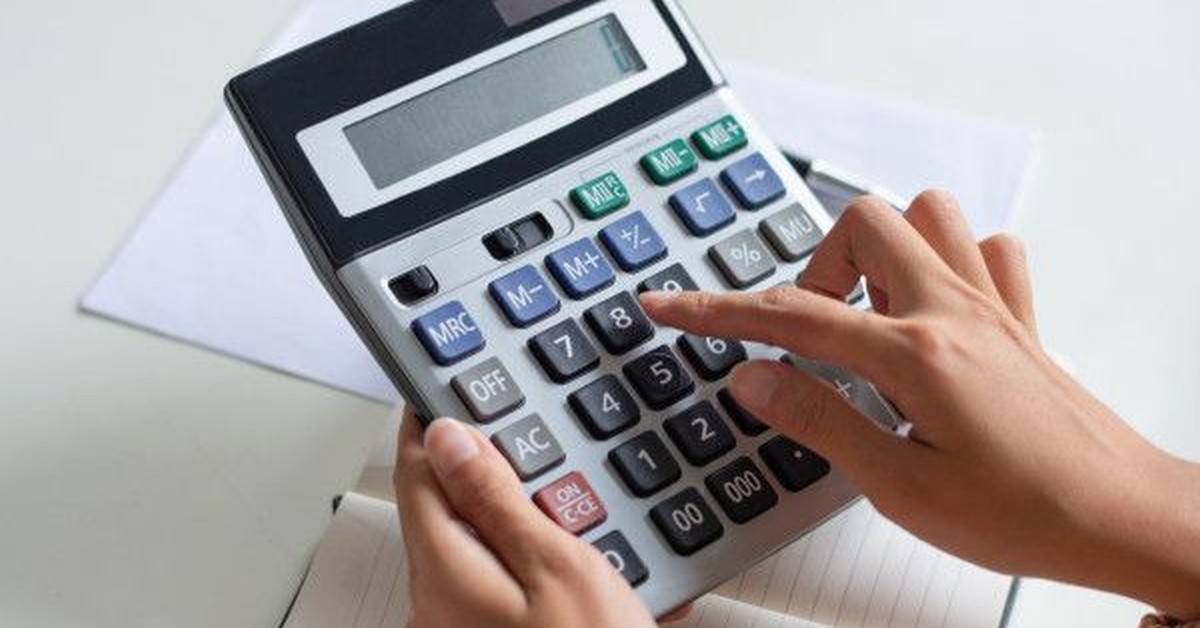 In spite of all the differences, NBFC sector in India has stood the test of time and has emerged as a major contributor to the Indian economy, leaving aside all skepticism leveled against it. So it important to have good NBFC compliances.

Initially, non-banking financial companies were looked upon with great skepticism and uncertain future but in recent years the NBFC sector in India has emerged as an imperative part of the Indian economy.

NBFCs have caught the country’s attention because they fill in the void left open by the banks and cater to the varied financial needs of an uncountable number of small firms as well as individuals.

In its journey forward NBFCs are helping in building an inclusive India by extending financial services to the economically weaker sections of the society and penetrating the rural areas; these people are generally ignored by the banks or are unable to meet credit requirements set by them.

NBFC sector in India is also critical for the growth of the Indian GDP as it is the primary source of finance for small and medium-sized businesses, generating jobs for many.

Another important reason for the success of NBFCs is that compared to the banks they face lower costs, higher margins, and fewer regulatory compliances which give them leverage.

Foreign Direct Investment (FDI) in the NBFC Sector in India is permitted and in simple terms, it refers to an investment that is made by a foreign entity into an NBFC of India to have control over ownership.

FDI in India is regulated by the Foreign Exchange Management Act, 2000 and governed by the Reserve Bank of India.
In the NBFC Sector in India Foreign Direct Investment can be made through two different routes:
1) Government Route: FDIs under this need to be approved by the Reserve Bank of India.
2) Automatic Route: Foreign Direct Investments made through this route need no approval of the Authority

Brief History of FDI in the NBFC Sector in India

The government of India always adopted a conservative approach when it came to Foreign Direct Investments. FDI in India was traditionally looked upon as a complicated procedure and one in which investment trickled in slowly as the government faced a regulatory discomfort and was not in favor of allowing foreign direct investment above the minimum capitalization norms.

Gradually, liberalization took center stage and as the Indian economy opened up, the perspective of government also changed. In the meantime, foreign investors, that took notice of the expanding and booming economy of India, started showing keen interest in investing handsomely in various sectors, NBFC being one of them.
For the ease of business, changes were made in the norms with respect to FDI in the non-banking sector.

A notification by Reserve Bank of India on the 9th of September 2016 came out with an amendment Foreign Exchange Management (Transfer and Issue of Securities to Persons Resident outside India) Regulations, 2000.
According to this RBI notification, Foreign Direct Investment of up to 100% could now be made under the automatic route in select Non-Banking Financial companies.

Thus, FDI norms in India were simplified and FDI in the non-banking sector was allowed under automatic route only in select 18 non-banking financial service activities and these too were subject to conformity with the minimum capitalization norms.

These were further divided into fund-based and non-fund-based activities.

The specific fund-based activities were:

The non-fund-based activities, that is, those which do not deal with credit or cash transactions, were:

FDI in the non-banking sector is permitted in these specified activities under the automatic route, subject to compliance with the minimum capitalization norms.

Capitalization Norms for Fund Based Activities:

Capitalization Norms for Non-Fund Based Activities:

Though RBI’s FEMA Notification No. 375/2016-RB dated 9 September 2016, RBI introduced key relaxations regarding FDI in the non-banking sector. Continuing with its liberalization policy to attract overseas investments the government allowed 100% foreign direct investment in 'other financial services’ carried out by non-banking finance companies. Going beyond the 18 specified activities, 100% FDI in the non-banking sector is now permitted through the automatic route.

This was a big-ticket change and in his 2016-17 budget speech, the then Finance Minister Arun Jaitley had hinted about this relaxation and said, "FDI will be allowed beyond the 18 specified NBFC activities in the automatic route in other activities which are regulated by financial sector regulators”.

With respect to FDI in India in unregulated financial services, the extant policy prescribed:

The Ministry of Finance (MoF) through a press release dated 16 April 2018 in context of FDI in 'other financial services’ activities which are unregulated or partially regulated by any financial sector regulator, announced that:
a) For FDI in 'fund-based’ activities, the prescribed minimum capital requirement is $20 million.
b) Whereas for FDI in non-fund based activities the amount fixed was $2 million.

Effect of RBI Notification on FDI in NBFC Sector

The RBI notification regarding 100% FDI in the non-banking sector has impacted it and brought around these benefits:

Foreign loans through FDI in India in the non-banking finance sector are governed by these 3 entities:

The loan which is borrowed from foreign institutions is termed as 'External Commercial Borrowings’ (ECB) and these can be obtained from foreign financial institutions or foreign banks without much difficulty. Moreover, the norms specify that these ECBs can also be obtained from a shareholder but on a condition that such a shareholder should not be the resident of India and owns a minimum of 25% of the total shares of the borrower company.

The guidelines passed by RBI lays down that ECBs can be obtained in some specific sectors of NBFCs but only after the necessary conditions are fulfilled. Thus, for obtaining foreign loans in non-banking financial companies it is mandatory to comply with the procedure laid down by RBI.

The most important FDI in India is External commercial borrowings (ECB). These are basically loans that are availed by eligible Indian resident entities from non-resident lenders confined to permitted and non-permitted end-use, minimum maturity, maximum all-in-cost ceiling.

Entities that are allowed to raise Foreign Direct Investment in India are eligible to borrow External Commercial Borrowings. Such as:

To be considered a recognized lender, an entity should be a resident of a FATF or IOSCO compliant country.
Additionally, Multilateral and Regional Financial Institutions where India is a member country shall also be as recognized lenders;
Individuals as lenders can only be permitted if they are foreign equity holders or for subscription to bonds/debentures listed abroad;

Limit and Leverage Under the Automatic Route

The non-banking finance companies are entitled to take a loan only for the following purposes:

Under the Foreign Exchange Management Regulation, there are various rules and regulations provided that deal with regulating External Commercial Borrowing. There are some rules specifically for the period of maturity.

Procedure for External Commercial Borrowing by NBFCs in India

If there is a delay in reporting of the drawdown of ECB proceeds before obtaining LRN or in filing returns and subsequent submission of Form ECB-2 then they can regularize the particular delay by payment of late submission fees in the following way:

Such borrowers can pay the LSF through its AD bank, by way of demand draft in favor of "Reserve Bank of India” or any other mode specified by the Reserve Bank. The requisite return(s) must accompany all such payments.

Allowing 100% FDI in the NBFC sector in India has been a game-changer as it has opened up foreign investment channels and helped the sector to grow at a faster pace than ever before.

FDI in the non-banking sector has helped it in its exponential growth and has made this sector a great contributor to the economic growth of India as its contribution is higher than any other sector.

The Non-Banking finance sector has witnessed improved capital inflow due to FDI in India and therefore, the NBFCs are not only able to cater to the daily needs of the business but are also investing in large projects.

The most noteworthy impact of FDI in India has been that it has helped in removing the domestic monopolies that the large investors enjoyed, and it has provided a level playing field to the NBFCs in a highly competitive market.

It would not be wrong to say that FDI in the non-banking sector has become the backbone for the Non-Banking Finance companies and supported them in successfully achieving their vision and objectives.

On the one hand, there are no two ways about the incomparable benefits of 100% FDI in the non-banking sector but on the other, it is also true that there are certain ambiguities in the said policy that are pulling down this sector.

Owing to this, Private equity (PE) and venture capital (VC) funds have written to the Reserve Bank of India as they are demanding clarity on its licensing policy for non-banking finance companies (NBFCs).

RBI in the recent past has returned a large number of NBFC applications pointing out that the parent entity of the proposed NBFC entity was not regulated or listed in the headquartered jurisdiction. At the same time the central bank has also rejected license applications of NBFCs that received funding from Mauritius, arguing that the country is included in the Foreign Action Task Force (FATF) grey list.

Alleging that the RBI is not able to carry out satisfactory due diligence for grant of registration by the Indian Private Equity and Venture Capital Association (IVCA) has forwarded a representation. IVCA has pointed out that the steps taken by the RBI would negatively impact the already cash-strapped NBFC Sector in India as blocking these investors will potentially hamper the flow of foreign funds and have a cascading effect.

The letter sent by IVCA categorically points out this pain area, "The position taken by RBI is expected to deprive NBFCs of offshore capital as well as leave them dependent on funds from the domestic market. It will also aggravate the continual liquidity woes of NBFCs and discourage the emergence of innovative NBFC models that PE and VC investors support".

The contradictory stand of RBI in different cases has left the industry demanding a clear cut regulation that will bring 100% clarity on all matters related to FDI in India. In wake of such a situation, the government should direct RBI to effectively plug in all the loopholes and ensure smooth flow of FDI in the non-banking sector.

The pivotal role that NBFCs play in the economic growth of the country is undisputed as it has come as the biggest economic driver. NBFCs are helping the government to achieve its dream of holistic development by reaching the weakest section of the society and geographically too, have penetrated the rural, backward areas.

Thus, the government must take cognizance of the disablers and barriers in FDI in the non-banking sector and mend it at the earliest so that the country’s economic growth progresses without a hitch.