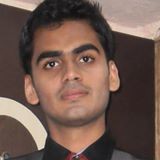 India's 70% of population lives in rural areas out of which half of the population depends directly upon agriculture & the remaining half depends upon other rural activities. Indian agriculture sector makes up around 15% of the total National GDP.

Despite significant progress in food security, the farmer's income remains subdued owing to the infrastructure deficit in agricultural supply chains. This combined with the nature of agricultural marketing laws in India; farmers suffer more in marketing their products than during the production process. Indian farmers also face lack of water, roads & electricity facilities for agriculture.

It is believed by many experts that with proposed reforms, Agriculture sector share to its total GDP can rise up to 25% from current 15%. 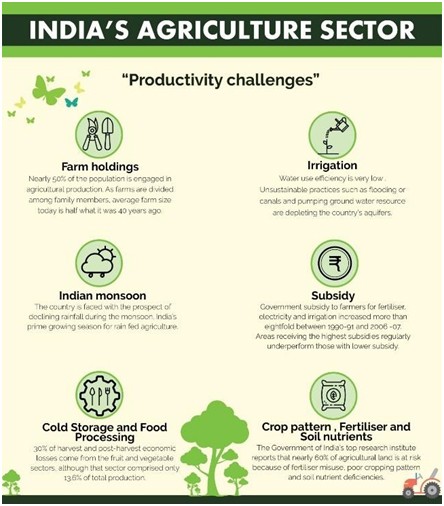 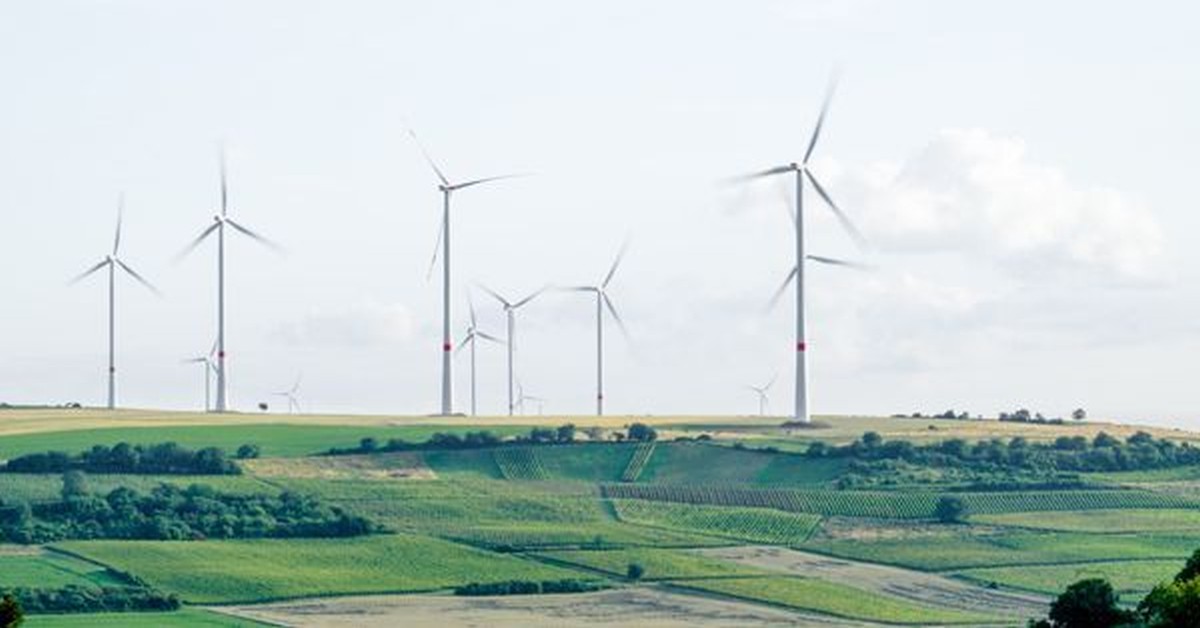 LACK OF POLITICAL WILL

When India's 70% of population stays in rural areas depending heavily on agriculture, no government wishes to disturb the rural system. Every government tries to help farmers through financial package for making their 'Loss the Good', Loan waiver, Indirect subsidy benefits & Other schemes but has always stayed away from making structural changes in agriculture sector (with belief of reforms backfiring). It is believed in power corridors that 'Government which keeps rural population happy, have the high chances to win elections.'

Once Former Finance Minister Arun Jaitley said 'Agricultural Sector can benefit the people more than what GST has done.' Also, BJP had promised in its 2014 manifesto that it will make India 'One Nation, One Market'' and the proposed reforms are in the same direction.

PM Modi is leveraging covid-19 situation to make much required reforms in agriculture sector. Because, it will reap the maximum benefits, uplift the farmers & help in achieving the target of increasing their income by two times.

Also, Covid-19 situation has made the migrant workers to return to their towns this indeed will increase their contribution to the rural economy.

In order to revive the Indian economy, the Central government has announced the Atma Nirbhar Bharat Abhiyan. As a part of it, the plan also focuses on bringing farm sector reforms. These reforms are long overdue and if implemented, can go a long way in building efficient value chains and ensuring better returns for farmers.

The Important Reforms announced by Government are as following:

ECA has its roots in the Defence of India Rules of 1943, when India was ravaged by famine and was facing the effects of World War II. The restrictions under the ECA are both draconian and unpredictable, giving powers to the executive to control prices and volume.

• It was scarcity-era legislation.
• By the mid-1960s, hit by back-to-back droughts, India had to depend upon wheat imports from the US and the country was labeled as a 'ship to mouth' economy.
• During Emergency, Cases of hoarding and black marketing gave birth to the strict provisions in ECA.
• However, today, India is the largest exporter of rice in the world and the second-largest producer of both wheat and rice, after China.

Due to these factors, the Economic Survey 2020 has recommended repealing this 'anachronistic' Act.

Proposed amendments to the Essential Commodities Act (ESA) are as following:-

• Stock limits will be imposed under very exceptional circumstances like national calamities, famine with surge in prices.

• Further, no such stock limit shall apply to processors or value chain participants, subject to their installed capacity or to any exporter subject to the export demand.

• The dismantling of such controls under ECA would expand India's agri-exports and enable private investment in supply chains.

• This could facilitate private investment in the food processing industries, strengthening the farm-to-fork chain, and benefiting both producers and consumers.

• For markets to function efficiently, private sector has to be allowed to stock.

• It will create good agricultural infrastructure in form of warehousing & cold storage which indeed will help Indian economy to grow.

While agriculture is a state subject and state governments have accordingly enacted their own APMC Acts, the new Central law apparently relies on Article 301 (Freedom of trade, commerce and intercourse) of the Constitution along with entries in the Seventh Schedule (defines and specifies allocation of powers and functions between Union and States).

These give powers to the Centre to regulate all inter-state and intra-state trade and commerce in food items, which can be used to create an integrated national market by removing restrictions placed by APMC Laws.

• In the majority of the states, under the APMC acts, farmers are required to sell a large number of commodities in a local mandi where intermediaries often manipulate the price.

• Thus, APMC markets have become monopsonistic (too many sellers and one buyer) with high intermediation costs.

• The proposed Central law to allow farmers to sell to anyone outside the APMC yard, may bring greater competition amongst buyers, lower the mandi fee and the commission for arhatiyas (commission agents) and reduce other cesses that many state governments impose on APMC markets.

• Further, by removing barriers in inter-state trade will help farmers in the regions with surplus produce to get better prices and consumers in regions with shortages will have availability of agri-products at lower prices.

Thus, India will have one common market for agri-produce, enabling efficient supply chain.

• This reform will break the monopoly powers of APMC in mandis by creating much needed competition in Markets.

• Reduced corruption in mandis, where commission and cess are charged and decided by the rulers of mandis who in most of the cases are political leaders (present/Future). It is well known fact that there is strong nexus between arhatiyas and political leaders.

Contract farming can be defined as agricultural production carried out according to an agreement between a buyer and farmers which establishes condition for production and marketing of a farm product.

The farmer agrees to provide agreed quantities of a specific agricultural product that meet the quality standards of purchaser and is supplied at the time determined by the purchaser.

In turn, buyer commits to purchase his product and, in some cases, to support production through supply of farm inputs, land preparation & the provision of technical advice.

• This may help them take cropping decisions based on forwarding prices.

• Also, the new system will minimize their market risks and may solve the issue of food shortages.

• Ensures consistent supply of agricultural reduce with quality, at the right time at lesser cost for agro processing.

• Direct investment can be made by agro based firms in agricultural activities thus optimally utilizing their infrastructure and manpower. It will provide an assurance of a price to the farmers at the time of sowing.
Thus, legal framework will be devised to oversee this initiative.

If big processors (E.g. Haldiram, ITC, Etc) goes and buy from each and every farmer then their bargaining power will be unequal. Normally processors don't go to each and every farmer to buy, they also want a scale and to create a scale they create aggregation points (i.e. Farmer producer organisations). Big consumer cartels won't break the individual farmer as they need scale.

There will be no negative impact on small farmers as small farmers will give their produce to Farmer Producer organisations (FPO'S). The price and volume is set in advance with quality benchmark at the time of sowing.

Advantages from the Reforms

The two recent reforms of amendment in the ECA and the proposed formulation of a Central law that will not bind farmers to sell their crop only to licensed traders in the Agricultural Produce Market Committee (APMC) mandis of their respective talukas or districts will empower farmers.

• ECA will define clear triggers in terms of 'price surges' for imposition of stocking limits.
• These provisions will be incorporated in the Act itself to remove any scope for administrative ambiguity.
• This will help in inflation-targeting within the ceiling of 6% as prescribed by the Reserve Bank of India.

These reforms are big bold steps in the right direction benefiting both farmers and consumers which ultimately leads economy to grow.

The government has not provided any kind of compensation or relief to farmers for losses suffered during the lockdown, primarily because it lacks fiscal space.

Government shall ensure that farmers are not exploited due to new arrangement where there will be no arrangement for price support & price stabilization for crops.

As the proposed reforms will create competition for APMC's the government should also think how competition can be created for food corporation of India where food leakage is around 46% and which is often used by government to keep fiscal deficit low ( by making off budget borrowing from FCI, NABARD).


Category Others, Other Articles by - pratikvikasmaliwal