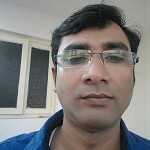 Nobel Prize winning economist Joseph Stiglitz, IMF head Christine Lagarde and MIT professor Erik Brynjolfsson all said GDP is a poor indicator of progress and argued for a change to the way we measure economic and social development.

“We have to go back to GDP, the calculation of productivity, the value of things – in order to assess, and probably change, the way we look at the economy,” said Lagarde.

Is our love affair with GDP coming to an end? If you were following this year’s Annua Meeting in Davos, you’d be forgiven for thinking that this is indeed the case.

In three separate sessions, two giants of the financial world and one leading academic were all in agreement: gross domestic product – the estimate of the total value of goods and services a country produces – is up for review.

As the business landscape reinvents itself, demographics shift, inequality expands, climate change gets worse and technology continues to advance at breakneck speed, GDP is struggling to stay relevant.

In order to keep up with the changes brought on by the fourth industrial revolution, many are arguing that we need to find a new measure to assess the health of our economies and – more importantly – the people living in them.

In the coming weeks, we’ll be publishing a number of articles examining the past, present and future role of GDP – and the new economic models that could replace it.

What is GDP? And more importantly, what is it not?

For decades, GDP was the measure of all things. Some countries, like China, remain obsessed with it and use it to set their own targets for growth. As the World Economic Forum’s chief economist Jennifer Blanke writes in this in depth explainer on GDP, “the evolution of GDP remains a fixation for governments around the world and it is also a regular topic on the agenda of global and regional groupings”, such as the 2016 spring meetings of IMF and world bank.

But amid this obsession, Blanke argues, “it’s easy to forget that it was not initially intended for this purpose, it merely provides a measure of the final goods and services produced in an economy over a given period, without any attention to what is produced, how it’s produced or who is producing it.”

Put simply, focusing on GDP growth is not the way forward. She writes:

“GDP is a partial, short-term measure, whereas the world needs more wide-ranging and responsible instruments to inform the way we build the economies of the future.”

Blank mentions three key questions that GDP overlooks: is growth fair, is it green, and is it improving our lives?

This last question is one that would resonate with Richard Easterlin, professor of economics at the University of Southern California, who has been writing about the link between happiness and income for 40 years.

We are faced with an “enticing opportunity,” he says in this assay. “To consider happiness as the leading measure of well-being, supplanting the current favourite … GDP.”

Crunch the numbers, and you’ll find that the relationship between happiness and income probably isn’t what you thought it was, he argues. In short – money isn’t everything:

“In rich countries – rich or poor, democratic or autocratic – happiness for most is success in doing things of everyday life. That might be making a living, raising a family, maintaining good health, and working in an interesting and secure job.”

Inclusive growth, environmental outcomes and well-being are not the only missing parts of the puzzle. Another controversial – but sadly, as explored in our women and work series, unsurprising – omission is the women whose unpaid efforts are overlooked by economic policy.

If GDP counted women, argues economist Diane Coyle in this piece, then GDP would look very different. In 2011 study, the OECD found that so-called “home production” would add between 20% and 50% to the GDP of its member countries.

Thankfully, old barriers are breaking down, and an equal opportunity GDP – or its equivalent – could be closer than we think. This is down to two things: the rise of the sharing economy and shifting demographic trends in many countries (ageing population, for example). Coyle writes:

“The time has come to reopen the 1950s debate about how we should define the economy, and ensure that GDP or its replacement counts the vital work that goes on in the home, and in the community, as well as the marketplace.”