Ease of doing business in India 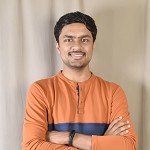 What does “Ease of doing business” mean?

If we go to the literal meaning – It refers to the ease with which an entity, whether it be an individual or a large corporation, can start and run a new business to earn profit.

Suppose you decide that after this national convention, you want to open a business of any kind, then how fast, how easily and how economically can you do so, that is exactly what is meant by “Ease of Doing Business” in a lay man’s terms.

But there is also a TECHNICAL angle to the term.

“EASE OF DOING BUSINESS” is an index.

It is an index that is used to compare all the different countries in the world, it is based on the deep and systematic study of the Laws and Regulations that businesses have to comply while doing business in all these countries. And 185 countries are assigned a RANKING from 1-189 based on the index calculated for them.

We will go into the details a bit later, but first move on to an important question.

Why “EASE OF DOING BUSINESS” is considered so important for an economy?

Because “Business” is the single most important factor for an economy. Businesses provide jobs, generate revenue for the government, contribute to the GDP of the country etc.

If “Doing Business” is made easy, businesses will automatically grow. The Modi government has made huge efforts to bring FDI in India. FDI has increased by almost 50% already, but there is more potential to grow. Most of the FDI is still going to China because China has more business-friendly environment.

Thus, the easier it is to do business in a country, the better it is for its economy.

Why is it a very hotly debated and trending discussion matter nowadays?

The reason for this topic to become one of the trending topics is two-fold. The first is the coming of the Modi Government, which is generally seen as a reformist government trying to bring in foreign investments and coming up with campaigns like MAKE IN INDIA etc.

The second reason is an event that occurred on the 25th of December 2015.

Here is an extract of The Indian Express Newspaper:

It may have become easier for Indian businesses to start a business, but their access to credit and ease of paying taxes has worsened, India now ranks 130 out of 189 countries.

In the areas that India’s performance has improved, the biggest improvement was under the head of ease of ‘access to electricity’, where it moved up 29 spots to 70”

Now, this was considered as a big achievement of the Modi government, and this news is how this index came into the eyes of the media and into popular discussion.

Now, the question arises as to how difficult or easy it is to do business in India.

There is an interesting story that goes like this:

“Once there was a guy named David living in the UNITED STATES. He came up with an idea and decided INDIA would be the perfect country to start a profitable enterprise based on that idea.

But doing business in India meant dealing with INDIANS. So he went to one of his friends who was an Indian, and asked him to explain what the work cultures of Indians are.

His friend first laughed at him, and then began:

And this is where David gave up, because he was completely unable to do a proper Namaste without looking like a joker. He immediately ditched the idea of doing business in India and went back to work.”

So, if we step into David’s shoes, doing business in India is pretty difficult.

The above story is actually indicative of the cultural differences in different countries of the world, and it is an important aspect to be considered.

But cultural differences are not taken into account for the “Ease of Doing Business” is index. It is more of a technical index.

THE METHOD OF CALCULATION

A nation’s ranking on the “Ease of Doing Business” index is based on the average of 10 subindices, which are as follows:

Professional firms are hired and various factors are evaluated and compared under a deep and systematic study. The countries of the world are compared with each other, each country is assigned a rank under each of the above 10 subindices.

A weighted average of the 10 rankings so assigned gives us the overall position in which a country stands as compared to the rest of the world.

THE FIRST SUB-INDEX – STARTING A BUSINESS

Canada ranks 3rd - In Canada there is only 1 procedure required to start a business which takes on average 5 days to complete. The official cost is 0.4% of the gross national income per capita. There is no minimum capital requirement.

Chad ranks 181st out of 189- 9 procedures required to start a business taking 62 days to complete. The official cost is 202% of the gross national income per capita.

And where does India rank under this criteria?

India ranks 155 out of 185, i.e., as per World Bank, it is indeed pretty difficult to start a business in India, and by “Starting a Business”, we don’t mean opening up a small retail “Provision Stores” kind of shop in your local neighbourhood.

It is assumed that you are starting a ‘Corporate Entity” and laws & regulations are analysed accordingly. And a Private Limited Company is the most popular form of business entity used by Foreign Investors in India,

Let understand why India ranks 155 in the first criteria “Starting a business”, by looking into the procedure involved:

Checklist for starting a business in India

The whole procedure described above requires a minimum of 29 days to complete, that too when all the steps are undertaken simultaneously. So, it is now easy to guess why India ranks so poorly in the first category.

A LOOK AT ANOTHER CRITERIA – PAYING TAXES

India ranks 157th as far as taxation is concerned. And it should not be a surprise. Our Tax system is so complicated, even chartered accountants have a difficult time in staying updated of the latest amendments.

If we look at the sheer number of taxes that are to be paid by a business, it would be quite clear why the harsh ranking has been given to India.

A business has to-

The cost of compliance is very huge, and companies have to hire full time employees/ engage professionals to look into the above matter.

The Passage of the GST bill, or the Constitutional Amendment Bill, to be more precise, will surely ease the taxation system to a large extent, as far as Indirect Taxes are concerned, and it will also help in improving India’s ranking in the index.

This sub-index is measured based on:-

India ranks 8th in the world in this sub-index, ahead of many developed economies including the US, Germany and Japan. China is ranked much lower at 134th.

The reason of good ranking is the strong rules made under the Companies Act, stringent regulations under the SEBI act and the accessible grievance redressal mechanism available to the shareholders.

CONTROVERSIES IN THE INDEX

The index was criticized by the “International Trade Union Confederation” because it favoured flexible employment regulations.

Earlier, the easier it was to dismiss a worker for economic reasons in a country, the more its rankings improved. From the point of view of a business, it is very fair and square. If a company’s management feels that there is neither a need nor the resources to keep a particular employee, then it is best that he be fired.

But from the point of view of employees, it will lead to job insecurity. So, trade unions and labour organizations protested against this and, succumbing to the pressure, the World Bank has subsequently removed this criteria from the rankings.

MEASURES UNDERTAKEN BY THE GOVERNMENT

The Union Budget focused on an efficient and effective government, rationalization of taxation, de-stressing the rural economy with an infusion of funds, soft and hard infrastructure with more than Rs.2.2 trillion in allocations for railways, roads, airports and waterways.

If we compare our position today with the position one decade ago, India has come a long way in improving “Ease of Doing Business”.

In last year’s ranking, India jumped by 4 positions in the index. India is currently ranked 130th in the index. But that is still not a good position.

Prime Minister Narendra Modi had set an ambitious target on the September of 2014. He said that India’s ranking could be improved to the 50th position by making government regulations easier. Whereas the intentions of the government are noble, it remains to be seen what concrete measures are taken to achieve the set target.