E-Way Bill: The mechanism to administer movement of Goods 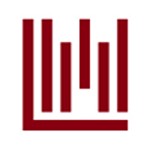 The mechanism called e-Way Bill was brought introduced implementation of Goods and Service Tax Laws in India. In previous era, the mechanism called way bill was in force under VAT Laws of concerned State.The Way Bill had to be obtained from VAT Authorities to allow movement of goods in specified manner, which was nearly nightmare for the taxpayers because of its mechanism. Under GSR regime, the movement of goods is to be evidenced by the Way Bill in electronic format. The institution of e-Way bill is made with to lead ease of movement and transportation of goods under a unified system. The article hereby provides overview of the e-Way Bill mechanism and its seamless practice.

Owing to system unavailability for generating and administrating the e-Way Bill, the implementation was deferred by the Government and to be brought as trial run since 1st January, 2018 and to be implemented in planned manner resulting the nationwide implementation on 1st April, 2018. With due respect to same, the Council have employed an online portal on trial run basis for on pre-decided date. The national portal has shown the readiness to employ the mechanism although the mechanism for various States was not ready. Due to various representations from the trade and transporter community, the mechanism was rolled out 2 months in advance and made effective since 01st day of February, 2018 claiming the portal would be able to handle generation and administration of 5 to 8 lakh e-Way bills on daily basis. However, the formal launch was deferred to certain period on the very next day of launch due to system glitches in generation of e-Way Bills. Where the portal deployed for online GST Registration and filing since implementation of the law yet faces few glitches now and then, the portal for e-Way Bill crashed due to heavy traffic of nearly 3 to 4 lakh bills on first day which subsequently caused extension of the trail phase of e-Way Bill. As of now, State of Rajasthan, Gujarat, Karnataka and UP have rolled out the system supporting e-Way Bill, out of which few States have deployed own version of e-Way Bill,  which will be replaced by GST e-Way Bill on or before June 1, 2018.

E-Way Bill is an electronic document generated online on portal deployed by the Central Government, which will support the movement of goods from one state to another or the intrastate movement as applicable. This will cover all types of movement of goods including rejection, returns, goods sent for repairs and maintenance and material sent on job work with delivery challan. This clearly refers to generation of bill for inwards supplied of goods. Where the value of goods transported by a single vehicle is in excess of amount of Rs 50,000, generation of e-Way Bill will be mandatory for the selected category of tax payers.

Supplier, recipient, transporters and tax officers are the interested party with respect to transport of goods and generation of e-Way Bill. The suppliers and transporter both will require registering on the e-Way Bill portal. The registration of the stakeholder can be done at the portal on following links.

Who will be responsible for generation for e-Way Bill?

The category refers to taxpayer, who has obtained GST registration under Goods and Service Tax Laws. Generation of e-Way Bill will be mandatory for movement of goods amounting more than Rs 50,000/-. Voluntary generation can also be effected for goods of value up to 50,000/-. The value of goods will be referred as consignment value and that includes the taxes paid under GST and Cess charged.

The Recipient of Goods:

When the goods are supplied by an unregistered supplier to a person registered under Goods and Service Tax, the recipient will be responsible for generation of e-Way Bill.

The transporter of Goods:

The transporter of goods will be responsible to generate the bill when the goods are supplied through air, road or rail and the supplier has not generated the bill. This refers to the cases where the individual consignment by the supplier does not exceed the threshold limit but the value of consignment exceeds Rs 50,000 in total.

Generation of e-Way Bill will be mandatory for generation in case of interstate movement of goods.

E-Way Bill can be generated using the online portal at https://ewaybill2.nic.in/ewbnat4/ in Form GST EWB-01. The bill will be produced in two parts requiring disclosure of different details with respect to ownership of goods and its movement. Part A of the Bill will be the information with respect to receiver of the goods and details thereof. The Part B of the Bill will seek information such as Name of Transporter, GR Number and Number of Vehicle through which the goods will be transported. The generation of bill will be final and non-editable after its generation. However, if the number of vehicle in uncertain at the time of generation of bill, it can be entered afterwards. Filling the Part B of the bill is not mandatory for dispatching goods within distance of 10 km from place of supply through hand or rickshaw.

Consolidated e-Way Bill will be allowed to be generated when the transporter is carrying multiple goods through single transporting vehicle in Form GST EWB 02 (refer bullet point 3 above).

On generation of e-Way Bill, unique e-Way Bill Number referred as (EBN) will be allotted to the supplier, recipient and the transporter.

E-Way Bill once generated can be cancelled within 24 hours of the generation, when the goods are not being transported or transported but with details different from that furnished in the bill.

Most referred option for generation of e-Way Bill is through common portal assigned by the Central Government. However, the other option is its generation or the cancellation through SMS.

The primary aim for deployment of this mechanism is to provide an integrated facility at PAN INDIA that will ease the transactions of transporter and suppliers. Additionally, this will also assist the tax officers for administration and keep an eye on the types and value of goods to be transported throughout the country especially interstate transports.

Team LegalWiz.in can be reached at support@legalwiz.in for queries relating to GST Registrations and matters relating of GST Returns filing.