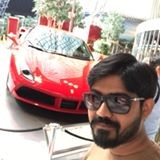 Once the Direct Taxes Code (DTC) 2010 get approved by both houses of the Indian parliament, and receives the President’s assent, it would be enacted as law. The DTC 2010 proposes substantial changes to the current direct tax legislation and is likely to have significant impact on the business community. The business community would do well to assess the impact on their current structures and business models. It is widely expected that the DTC 2010 would be referred to a Parliamentary Committee for further deliberations and the Committee would have one more round of public consultation.

Bangalore Chamber of Industry & Commerce (BCIC) President K R Girish “The Code is a completely new law and not an amendment of the existing Income Tax Act. This is a commendable change as one has always experienced tinkering of existing laws.”

The proposed Direct Tax Code is a combination of major tax relief and removal of most tax-exempted benefits. It is expected to usher in a new tax regime of transparency and greater compliance. – Dilip Maitra, Deccan Herald

1.  Concept of Assessment year and previous year is abolished. Only the “Financial Year” terminology exists.

2.  Only status of “Non Resident” and “Resident of India” exits. The other status of “resident but not ordinarily resident” goes away.

3. Earlier the terminology of assessee was meant for the person who is paying tax and/or, who is liable for proceeding under the Act. Now it has been added with 2 more definitions namely a person, whom the amount is refundable, and/or, who voluntarily files tax return irrespective of tax liability.

This helps any person to file his returns and maintain the record of tax return filing.

6.   The Code proposes to introduce a General Anti-Avoidance Rule (GAAR) to serve as a deterrent against tax avoidance.  The burden of proof to prove that the arrangement is not for the purpose of tax avoidance would be on the tax payer and not on the tax administrators.

7.   The Code also proposes to introduce CFC provisions so as to provide that passive income earned by a foreign company which is controlled directly or indirectly by a resident in India, and where such income is not distributed to shareholders resulting in deferral of taxes, shall be deemed to have been distributed. Consequently, it would be taxable in India in the hands of resident shareholders as dividend received from the foreign company.

8.   Non-Profit Organisations to be taxed @15% of their total income in excess of Rs.1 lakh.

Highlights of the Bill

For the purpose of computation of total income of any person for any financial year, income from all sources shall be classified as follows:

a.    Income from ordinary sources

b.    Income from special sources

The special sources (specified in a separate Schedule) generally reflect items like Royalty, Fees for Technical Services (FTS), investment income etc. All other sources of income will be ordinary sources. Special sources would be subject to tax on the gross amount.

Further the income from ordinary sources will be divided into:

a.    Income from employment

b.    Income from House Property

e.    Income from residuary sources. (Similar to other sources, with some minuses)

b.  For Corporate Players (Companies)

Tax rate in case of companies is proposed at 30%. The tax rate is same for most of the other taxable entities including partnership firms, Limited Liability Partnerships (LLPs) and unincorporated entities.

Dividend income on which DDT is paid is exempt in the hands of the recipient shareholder.

3.  Major Changes under the different heads

a.  Income from House Property

The gross rent for taxation will be the actual rent received in case of houses that are let out. In other words, notional income from house property would not be taxable. Standard deduction @20% of gross rent is allowable as against the existing 30%. Deduction on interest payment for the loan taken by individual borrowers for acquiring (or constructing) a house property would continue to enjoy the tax benefit subject to a ceiling of Rs.1.5 lakh (only for one house that is used for residing purpose), provided a certificate is obtained from the Financial Institution from which the loan was taken. Therefore, it appears that such deduction would not be available in respect of loan taken from employers, unless the employer happens to be a financial institution.   Further, there would be no deduction in respect of principal repayment of housing loan.  It may be noted that there is no provision for excluding unrealised rent while computing income from house property.

b.  Income from Employment

Contribution to approved superannuation fund exceeding Rs. 1,00,000 in respect of any employee is not taxable in employee’s hands under the Code. The same will be disallowed in employer’s hands. Thus, the Code proposes to reintroduce Fringe Benefit Tax through the disallowance route on such contributions

The amount received by an employee from the New Pension Scheme will be tax-free. Contribution by employer to NPS upto 10% of salary will not be taxed as “income from employment”. Employee contribution to NPS is entitled to deduction from gross total income. Thus, the present system of EET (Exempt-Exempt-Tax) regime for both employees and the self-employed under section 80CCD with exemption if rolled over – i.e. annuity purchased with money received in the financial year of receipt is sought to be changed to EEE (Exempt-Exempt-Exempt) only for employees

1)   An important change proposed by the DTC 2009 under this head of income is that every business will constitute a separate source of income, necessitating separate computation of income for each business

2)  The limits of turnover/gross receipts  for applicability of tax audit is proposed to be increased to Rs.1 crore in case of business and Rs.25 lakh in case of profession.  Accordingly, such businesses can avail the scheme of presumptive taxation@ 8%, if their turnover is upto Rs.1 crore, subject to fulfilment of other prescribed conditions.

3)  “Place of effective management” to determine the residential status of a company.  In effect, if foreign companies are effectively managed from India, they would be treated as residents and their global income would become taxable.

5)  Minimum Alternate Tax is proposed to be levied on companies @20% of book profit, which is a marginal increase from the current 19.93% (18% plus surcharge @7.5% plus education cess@2% and secondary and higher education cess@1%).  However, the credit for MAT paid would be allowed to be carried forward for upto 15 years (as against the present permissible period of 10 years) to be set-off against the excess of tax payable in the years in which tax computed under the normal provisions exceeds the tax on book profits.

7)  Gross earnings will ordinarily include all accruals and receipts derived from or connected with business assets, whether trading or capital. Business expenditure will be classified into 3 mutually exclusive categories (i) Operating expenditure (ii) Permitted financial charges (iii) Capital allowances.

8)  The weighted deduction has been enhanced to 200% for any expenditure (both revenue and capital except land and building) incurred on in house scientific research and development by a company is proposed for all industries (not restricted to manufacturing).

2)  Capital gains on listed equity shares or units of equity oriented fund held for more than one year, on which STT is paid, would continue to be exempt from tax.

3)  Capital gains on listed equity shares or units of equity oriented fund held for less than one year, on which STT is paid, would be taxable at 50% of the applicable rates i.e. the rate would be 5%, 10% and 15% for a person falling under the 10%, 20% and 30% slab brackets, respectively. In case of companies, the rates of Capital Gains would be 15%.

6)    Similar to the existing provisions of the ITA, conversion of private company/unlisted company into LLP is tax exempt, on satisfaction of prescribed conditions.

Presently, if rural agricultural land is received by an individual or HUF without consideration, the same is not liable to tax under section 56(2)(vii) of the Act as income from other sources. This exemption is sought to be withdrawn by the Code.

4.  Set off and carry forward

a.  Income from Ordinary Sources

2)  Loss from house property is eligible for set off even after carry forward against any income, except income from special sources. Similarly, loss from business could be set off against salary income, which is contrary to Section 71(2A) of the Income-Tax Act, 1961.

b.  Income from Special Sources

Income from special sources are clearly spelt out in Part 3 of the First Schedule to DTC and it covers winnings from lottery or crossword puzzle, income from horse racing, card game or any other game, gambling or betting. Additionally, the schedule covers income of non-residents from income by way of interest, dividend (on which no DDT was paid), non-resident sportspersons who are not citizens of India and non-residents sports association or institution.

Incomes from special sources are liable for flat rate of tax similar to present status with no basic exemption limit whatsoever.

In respect of the present section 80C deductions, the proposals in the Code are:

(a) Deduction to approved fund (approved provident fund/approved superannuation fund/approved gratuity fund/approved pension fund) to the account of individual/spouse/children deductible to the extent of Rs. 1,00,000 (clause 68).

(b) Life Insurance Premium, Health Insurance and fees for education of children – deduction for all these together not to exceeding Rs. 50,000 (clause 69). Thus, total deductions proposed under the Code is Rs. 1,50,000 for individuals. For HUFs only deduction upto Rs. 50,000 in (b) above is available. No deduction is allowable for re-payment of principal of housing loan/investment in NSC/ELSS under the Code.

Presently, under the 1957 Act, wealth tax is levied on the excess of net wealth over Rs.30,00,000. This threshold is proposed to be increased in the Code to Rs.1 crore. The liability to pay wealth tax under the 1957 Act is on individuals, HUFs and companies. Under the Code, every person other than a non-profit organization is liable to wealth tax.

II.  deposits of individuals and HUFs in banks located outside India,

III.  such deposits not recorded in books of account in case of other persons,

IV. helicopter (not used in business of running on hire or held as stock-in-trade),

V.  equity or preference shares held by a resident in a controlled foreign company,

VI. interest in a foreign trust or other body located outside India other than a foreign company.