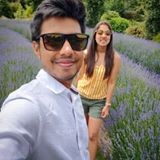 
Draft guidelines regarding implementation of General Anti Avoidance Rules (GAAR) in terms of section 101 of the Income Tax  Act, 1961.

‘GAAR’ stands for General Anti- Avoidance Rules.  In several countries anti tax avoidance rules have been framed. Business organisations tend to either pay no tax or too less the tax which is actually applicable to them.

They enter into certain ARRANGEMENTS (this word is much wider than AGREEMENTS) which result into low tax and/or deferment of tax.

While applying GAAR by the Tax Authorities; they try to find out whether there is business substance in the agreement or just to avoid the tax such arrangement has been made.

If found that such arrangement is made to avoid tax rather than the NEED of the BUSINESS; the tax authorities may disregard the whole or part of such transactions and include the earnings in the assessee's income.

Penalties would also be imposed on the assessee.

The Chairman, CBDT, Vide OM F.NO. 500/111/2009-FTD-1 Dated 27 February, 2012 constituted a “Committee” under the Chairmanship of the Director General of the Income Tax (International Taxation) to give recommendations for formulating the guidelines for proper implementation of GAAR Provisions under the Direct Tax Code Bill, 2010 and to suggest safeguards to these provisions to curb the abuse thereof.

Section 101 of the Finance Act, 2012, provides that “the provisions of this Chapter shall be applied in accordance with such guidelines and subject to such conditions and the manner as may be prescribed”. The Committee makes the following recommendations to be incorporated in the guidelines.

In order to provide relief to small taxpayers, there would be monetary threshold for invoking the GAAR provisions. Therefore GAAR would be applicable only if the tax benefit availed through the arrangement in a year to the assessee exceeds the threshold limit.

b) Prescription of statutory forms

The committee feels that consistency of approach is essential in the procedures for invoking the GAAR provisions. Therefore, the committee is of the opinion that there should be prescribed statutory forms for the following:-

Some of the time limits have been prescribed under the act under sections 144BA(1) and 144BA(13). For the remaining actions the following time lines are suggested by the committee:-

1. For Commissioner to make a reference to Approving Panel:

2. For Commissioner to accept assessee’s objection:

3. Commissioner after the period of six months from the end of the month in which the reference from AO was received by the Commissioner cannot make any further reference.

(a) To begin with, there should be one Approving Panel, which shall be situated at Delhi.

(c) The Approving Panel should be provided the secretariat staff along with appropriate budgetary and infrastructure support by the CBDT. The secretariat should be headed by an officer of the level of Joint/Additional Commissioner of Income Tax.

C) Recommendations for the Circular on GAAR

a) Explaining the provisions of GAAR

For the purpose of explaining the provisions of GAAR and better understanding thereof, the Committee suggests a detailed note to be included in the circular, which is enclosed as Annexure- A

c) Clarity regarding retrospective/prospective operations of the GAAR provisions

The provisions of GAAR will apply to the income accruing or arising to the taxpayers on or after 01.04.2013.

While SAARs are promulgated to counter a specific abusive behaviour, GAARs are used to support SAARs and to cover transactions that are not covered by SAARs. Under normal circumstances, where specific SAAR is applicable, GAAR will not be invoked. However, in an exceptional case of abusive behaviour on the part of a taxpayer that might defeat a SAAR, as illustrated in Example No. 16 in Annexure B (or similar cases), GAAR could also be invoked.

f) Concern regarding application of section 96(2)

It is hereby clarified that:

The GAAR provisions codify this ‘substance’ over ‘form’ rule.

1.1 The basic criticism of a statutory GAAR which is raised worldwide is that it provides a wide discretion and authority to the tax administration which can cast an excessive tax and compliance burden on the taxpayer without commensurate remedies. One of the methods by which this can be addressed is to provide guidance on what the provisions entail and how they would be administered. These guidelines are meant to provide explanations and clarity regarding the GAAR provisions.

2.1 Tax evasion is generally the result of illegality, suppression, misrepresentation and fraud. Tax avoidance is the result of actions taken by the assessee, none of which or no combination of which is illegal or forbidden by the law itself. The GAAR provisions do not deal with cases of tax evasion. Tax evasion is clearly distinct from tax avoidance and is already prohibited under the current provisions of the Income-tax Act.

3.1 ‘Tax mitigation’ is a situation where the taxpayer takes advantage of a fiscal incentive afforded to him by the tax legislation by actually submitting to the conditions and economic consequences that the particular tax legislation entails. An example of tax mitigation is the setting up of a business undertaking by a taxpayer in a specified area such as a Special Economic Zone (SEZ). In such a case the taxpayer is taking advantage of a fiscal incentive offered to him by submitting to the conditions and economic consequences of the SEZ provisions in the Income-tax Act e.g., setting up the business only in the SEZ areas and export from the SEZ area. Tax mitigation, as distinct from tax avoidance, is allowed under the tax statute. The GAAR provisions also do not deal with case of tax mitigation.

4. Analysis of the GAAR provisions

4.2 The provisions give a wide definition of the term ‘arrangement’. An ‘arrangement’ means any step in or a part or whole of any transaction, operation, scheme, agreement or understanding, whether enforceable or not. It also includes the alienation of any property in such a transaction etc. The onus of proving that there is an impermissible avoidance arrangement is on the Revenue.

(a) its main purpose is to obtain a ‘tax benefit’, and,

(b) it also has one of the following characteristics:

(i) it creates rights and obligations, which are not normally created between parties dealing at arm’s length;

(ii) it results in misuse or abuse of the provisions of the tax law;

(iv) it is carried out by means or in a manner which is normally not employed for an authentic (bona fide) purpose.

A ‘tax benefit’ has been defined to mean:

(i) a reduction or avoidance or deferral of tax or other amount payable under the Act or as a result of a tax treaty;

(ii) an increase in a refund of tax or other amount that would be payable under the Act or as a result of tax treaty; or

(iii) a reduction in total income including an increase in loss.

The term “tax benefit” would be the benefit, quantified in terms of tax liability, arising to any party to the arrangement on account of such arrangement.

(A) There is an arrangement,

(B) The arrangement leads to a ‘tax benefit’,

(D) The arrangement has one of the characteristics listed at (i) to (iii) at (b) of 4.3 above is on the revenue.