Don't Forget to Market Yourself !! 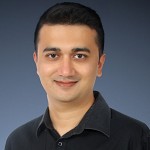 Why one of our colleagues or friends is appreciated more for the work at office even though both have accomplished the same task. Why some brands (like Apple products) command higher premium than others even though both make good products. Why is there a hype when movie of Aamir Khan is about to release while movie of other actors would go unnoticed. Well, answer to all that is in one word “Marketing”. I would divide this article in two parts-

It hardly matters in which field we belong, even the CEO of a company has to go out and market their product to masses just like Steve Jobs did. Steve Jobs redefined what marketing is all about. Steve Jobs was a protagonist who sold dreams to people rather than products. He gave masses products which they needed but didn’t really exist, as customer feedback about their needs would consist mainly of ideas relating to existing products. When he was hired back as i-CEO (i stand for interim) he reduced apple product line by nearly 70 percent. As Jobs once quoted in a book, “Deciding what not to do is as important as deciding what to do. It’s true for companies, and it’s true for products.” Idea behind it was to focus on quality and innovation which ultimately became his legacy. Steve Jobs marketed product in such a way that his key note presentations became a mega event that tech savvy people followed with much enthusiasm. Apple was not always the first one to introduce revolutionary products but they were definitely the best once they did.

First mobile phone with fingerprint sensor technology was launched in 2007 by Toshiba however it became a huge success only after launch of iPhone 5s in 2013. Apple also revolutionized whole music industry with the launch of iPod. Many music players were available in early 20th century with a prominent name being the Sony Walkman. Apple changed the whole dynamics of music industry when it launched the iPod in 2001. Cherry on the top was how Steve Jobs marketed the iPod at the product launch event, as if it was like music library in your pocket.

All this would not have been possible without being effectively able to market yourself. Steve Jobs teaches us that personal branding other than marketing your product or organization is also very crucial. Apple became a brand which always would be associated with Steve Jobs rather than other way round. Steve Jobs became a messiah of innovation, quality and style through which Apple Inc. became known for its premium products by delivering what they commit.

Every individual at different phases of life have to market themselves as products. Individual branding is an important arena largely ignored but something which is essential for both professional and personal growth curve. From our good old college days to the never ending long ladder of the corporate world, we are associated with an image about how we are as a person. In today’s world there are many candidates out there with same qualifications so what is that makes you stand out from others. Personal branding is more about experience that others have with us in terms of their interaction, work or leadership. One example of the same is how your peer group, think about you as someone who is smart, trustable, innovative or combination of many other factors. Personal branding also plays an important role when you are looking to switch jobs as your potential boss should be able to identify you as someone who he needs in his/her team. As an individual, we have to create our own mindset with the people who are connected with us. Whether they would you as perceive as an expert on any subject, as such linkages could tremendously increase your brand value.

GST: Transfer of Business in the case of Death of Proprietor