Dispute under the Insolvency and Bankruptcy Code 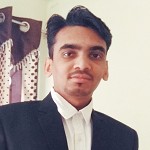 The core issue before triggering Insolvency proceedings is to determine whether there exists a Dispute between Operational Creditor and Corporate Debtor.

Dispute is defined under Section 5(6) of the Code as:

"Dispute" includes a suit or arbitration proceedings relating to —

Section 8(2)(a) says that The corporate debtor shall, within a period of ten days of the receipt of the demand notice or copy of the invoice bring to the notice of the operational creditor—(a) existence of a dispute AND record of the pendency of the suit or arbitration proceedings filed before the receipt of such notice or invoice in relation to such dispute.

The above both the sections draws our attention in the word ‘includes’, ‘Suit’ and ‘Arbitration Proceedings’. Moreover, Section 8(2) use the word “AND” which means there must be existence of dispute and its suit or arbitral proceedings are pending before authority.

So, following questions arise in our mind!

Earlier, In “Essar Projects India Ltd. V. MCL Global Steel Pvt. Ltd”, wherein the Mumbai bench of NCLT, while interpreting the definition of Dispute under the code, held that dispute in existence means only when the same is raised before a court or an arbitral tribunal prior to the date of receipt of a demand notice.

In this case the Corporate Debtor had sub-contracted his work to the Operational Creditor and a Non-Disclosure Agreement (NDA) was also executed between the parties.

The Corporate Debtor withheld the payments to the Operational Creditor contending that there was a breach of the Non- Disclosure Agreement.

O.C approached NCLT for initiation of Corporate Insolvency Resolution Process. Since the default of payment was disputed by the Corporate Debtor therefore the petition is rejected.

O.C challenged the order of NCLT and filled appeal in NCLAT. NCLAT noted that notice of dispute does not reveal a genuine dispute between the parties. It was observed that the claim of the dispute was vague and motivated to evade the liability, therefore, it allowed the appeal and reverse the judgment of NCLT.

C.D challenged the order of NCLAT in Supreme Court. Supreme Court noted following while deciding the ‘Existence of Dispute’:

The word ‘and’ occurring in Section 8(2)(a) must be read as ‘or’ keeping in mind the legislative intent and the fact that an anomalous situation would arise if it is not read as ‘or’. If read as ‘and’, disputes would only stave off the bankruptcy process if they are already pending in a suit or arbitration proceedings and not otherwise. This would lead to great hardship; in that, a dispute may arise a few days before triggering of the insolvency process, in which case, though a dispute may exist, there is no time to approach either an arbitral tribunal or a court. one of the objects of the Code qua operational debts is to ensure that the amount of such debts, which is usually smaller than that of financial debts, does not enable operational creditors to put the corporate debtor into the insolvency resolution process prematurely or initiate the process for extraneous considerations. It is for this reason that it is enough that a dispute exists between the parties.

Once the operational creditor has filed an application, which is otherwise complete, the adjudicating authority must reject the application under Section 9(5)(2)(d) if notice of dispute has been received by the operational creditor or there is a  record of dispute in the information utility. It is clear that such notice must bring to the notice of the operational creditor the “existence” of a dispute or the fact that a suit OR arbitration proceeding relating to a dispute is pending between the parties. The Court does not at this stage examine the merits of the dispute except to the extent indicated above. So long as a dispute truly exists in fact and is not spurious, hypothetical or illusory, the adjudicating authority has to reject the application.

The following observations were made by Apex Court:

The Court has clarified yet another aspect of the Code in this landmark judgment. The definition of the term 'dispute' has been expanded and is not restricted to pending suits or arbitration. It includes correspondences exchanged between the parties showing a dispute relating to payment of the debt as well. If the term 'dispute' had been interpreted restrictively, i.e. including only pending arbitration or suits, it would lead to the initiation of unnecessary litigation and arbitration proceedings by the corporate debtors in anticipation that the corporate insolvency resolution process would be initiated against them by the operational creditors. The judgment in Mobilox Innovations Pvt. Ltd. V. Kirusa Software Pvt. Ltd is substantially significant by providing such a liberal construction of the term ‘dispute’, the Apex Court has provided an end to all the doubts and clarified the scope of the dispute.