Difference Between Authorised Capital and Paid Up Capital 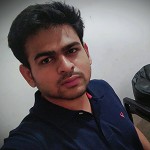 Capital means the money or sum of money which is invested in a company to carry on its activities and business. The capital of a company is share capital. A company’s capital is mainly received from the shareholders i.e. from shares and debentures. As the company is a legal entity it cannot generate money for investing it in the business i.e. capital. So it is collected from the shareholder by the way of issuing shares to them.

Memorandum of Association of the company requires stating the amount of its share in number and types of shares during the Private Limited Company Registration. A company cannot issue more no. of shares than stated in the MOA capital clause without making amendment in the said clause.

XY Ltd Company has as their authorized capital where each share’s value is Rs. 10. The company invites people to purchase a share in the company. The company receives an application for 10, 00,000 shares but issues only and called for Rs. 7 per share.

Here, authorized capital is 20, 00,000. It is the upper limit for issuing shares. The company cannot go beyond this limit.

Difference between Authorized capital and Paid up share capital

About the Author - Dev Patel is Team Member at MyOnlineCA (A Legal Tech Portal ) Which made Legal things at your FingerTips throughout the DIY Forms and Automation.