Demand Under Sec 143 (1) And Rectification 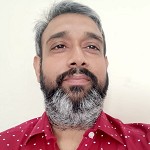 Most of such cases are generated due to the discrepancy in income tax return and the documents on the basis of which such return is prepared including TDS certificates, Form 16/Form 16Aor Form 26AS etc.

Income Tax Act provides for the rectification u/s 154 for the cases where demand has been intimated under above said section 143(1)/143(1A).

The taxpayer should collect all relevant documents including Form 16 (in case of salaried employees), Form 16A, TDS Certificates, Form 26AS and Computation of total income etc.

On the basis of the above documents,a proper rectification request should be prepared and submitted to the income tax department.

The Income Tax Department may deny credit of TDS in cases where TDS is available in Form 16/Form 16A/TDS Certificates but not available in Form 26AS. Also in some cases, employer/deductor may not have deposited the said TDS or deposited in wrong PAN number. In such cases, provision u/s 5 of the Income Tax Act, 1961 shall be helpful to the taxpayer/professional.

The author is a Mumbai based, Practicing Chartered Accountant and can also be reached at  cabrijesh@yahoo.co.in

Disclaimer: This write up is only for awareness purpose and professional opinion may be required in specific cases depending upon the particular facts.