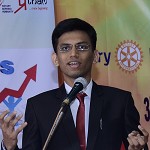 
A lease is a legal document outlining the terms under which one party agrees to rent property from another party. A lease guarantees the lessee (the renter) use of an asset and guarantees the lessor (the property owner) regular payments from the lessee for a specified number of months or years. Both the lessee and the lessor must uphold the terms of the contract for the lease to remain valid. Leases are the contracts that lay out the details of rental agreements in the real estate market.

For example, if you want to rent an apartment, the lease will describe how much the monthly rent is, when it is due, what will happen if you don't pay, how much of a security deposit is required, the duration of the lease, whether you are allowed to have pets, how many occupants may live in the unit and any other essential information. The landlord will require you to sign the lease before you can occupy the property as a tenant.

Cross border leasing is a type of lease agreement where lessor and lessee are situated in different countries. The equipments involved in such agreements include aircraft, transport and telecommunication equipments, etc which require huge amount of investment.

The overall cost of financing is reduced by utilizing the benefit of tax depreciation allowance available to the lessor which in turn reduces his taxable income. This tax benefit is passed on to the lessee as a lower cost of finance, The basic prerequisites are relatively high tax rates in the lessor’s country, liberal depreciation rules and either very flexible or very formalistic rules governing tax ownership.

Each country applies differing rules for determining whether the party acting as lessor under a cross-border tax lease is the "owner" of the leased asset for tax purposes and is thereby entitled to claim tax allowances.

Considering the taxation system in India, the environment for cross-bordering leasing is fairly good. Factors like no ownership based risk, no withholding tax on aircraft leases make this possible. Other than this India has also entered into Double Taxation Avoidance Agreements with several countries in order to avoid double taxation and facilitate such type of agreements.

In a globalizing environment, cross-border leasing has not picked up the way it might have been expected. Cross-border lease transactions are generally restricted to aircraft leasing, where this is the most popular means of financing, marine equipment and railroad rolling stock to some extent. Leasing of general purpose machinery, electronic equipment or vehicles remains an infinitesimal fraction of global trade in such goods. This is contrary to the reasons, valid in theory, for which the volumes of leasing of such equipment to offshore lessees should have been substantial, such as:

2. While making investment in a less-developed-country (LDC), an international investor is concerned about the state of the economy and the extraneous factors that affect his risks in taking a borrower-based risk. Leasing shifts the risk to the value of an asset which is far easier to measure and monitor.

3. Cross-border leases have been traditionally used to maximize tax benefits taking advantage of international disparity of laws. Tax legislation in most developed countries becoming mature enough to ignore the form of a financial lease, cross-border leasing only helps to shift the jurisdiction of a lease to a country which honours the legal form of a transaction.

4. Cross-border operating leases should have been the best way of technology transfers. The importer taking risk in a new technology would like to keep open the option to walk-out, for which a cancellable lease agreement would be ideal.

Inspite of these reasons, cross-border lease transactions remain an issue which is more talked about than practised.

This Paper focuses on India as a host country where most of the legal and tax problems associated with cross-border leasing have a firm and favourable answer. Therefore, this Paper attracts the attention of the Western world to Indian markets for cross-border leases.

With a fledgeling industry, and massive requirements of investments in infrastructure, India is an excellent case for cross-border leases. India’s unique advantages lie in its mature and independent judiciary, a tax-system which is generally in line with the Western World, and a generally stable economy.

Few would be aware that the Reserve Bank of India (RBI) has expressly permitted cross-border lease transactions. In Circular no. 16 dated Sept. 14, 1996, the RBI has clarified that import of capital goods under financial leases would be taken at par with external commercial borrowings (ECBs).

That is to say, in all those cases where ECB is permitted, an Indian lessee may seek a lease of capital goods from a cross-border lessor. The eligibility and pre-conditions for ECBs are laid down in June 1996 Guidelines of the Govt.

In general, an Indian entity will be able to avail of a cross-border financial lease of equipment worth upto US $ 3 million on application to the RBI.

2. Lessor’s ownership rights are supreme, even in case of cross-border lessors:

Indian Courts have generally accepted the lessor’s ownership rights and supremacy over third party interests. India has judicial history of some 50 years relating to hire-purchase transactions. Not only have the Courts upheld the lessor’s property interests, they have also shielded the lessor from claims arising on account of use or operation of the equipment.

Sick Industries legislation in India prevents any action against a sick company in a common law suit. But recognising the fact that the lessor under a lease agreement is enforcing claim against his own property, Courts have admitted such claims - Credit Capital Finance before the Delhi High Court and Cholamandalam Investment case before the Madras High Court.

Indian Courts have favoured direct access to the asset by the owner, be it a case of hire-purchase or lease. In a hire-purchase case before the Supreme Court, the Court held that the right to resume possession of the asset was an inherent right of the owner, even if there was no clause to the effect in the agreement - KK Mathai alias Babu v. Kora Bibbikutty and another (1996) SCC 281.

4. No ownership-based risks in case of financial leases:

While upholding the lessor’s supremacy in title, Courts have also honoured the financial nature of a lease/hire-purchase transaction and attached liabilities relating to the use of the asset on the lessee being the effective user of the asset.

India has double tax avoidance treaties with most of the significant countries in the World. There are comprehensive treaties with some countries where rates of withholding taxes are also considerably reduced.

Unfortunately, in many of these treaties, specific provisions regarding leasing of capital goods are missing. But that should not be a limiting factor in cases of comprehensive treaties.

Sec. 10 (15A) of the Income-tax Act provided for a specific exemption to income in India of a cross-border lessor on lease of aircraft. Later, however, this provision was deleted: hence cross-border lessors will have to fall under general double-tax avoidance treaty provisions.

7. Tax laws generally respect the form of the transaction:

Indian tax laws have generally accepted the form of the lease transactions. There have been some rulings (notably, Supreme Court ruling in the case of Narang Dairy Industries, regarding a lease as a mode of transfer, and the ruling of the Bombay Tribunal in Centre for Monitoring of Indian Economy holding a lease to be a purchase by the lessee) against the form, but general attitude is that the form should be accepted unless the substance is revealing enough.

Hire-purchase transactions qualify for depreciation with the user. Lease transactions enable to lessor to depreciate the asset. A debate on lessee-based depreciation on financial leases has already been initiated and answered: therefore, the present system may continue for quite some time.

8. Pre-determination of disputed questions possible in case of foreign investors

Especially to serve the interests of non-residents, which would include a cross-border lessor, Income-tax Act [sec. 245N] contains special provisions for obtaining an advance ruling on disputable questions. The ruling is binding on the assessee as well the Department.

9. Immunity against local tax under the Constitution

A lease transaction has been treated by Indian Constitution [art. 366 (29A)] at par with a sale. Tax on sale transactions can be imposed mostly by State govts, while inter-State sales are taxable by the Central Govt.

Sec. 4/5 of the CST Act provides complete immunity to import sales, which term would clearly include an off-shore lease transaction. This seals the transaction against all possible taxes now or in future, as far as the basic transaction is concerned.

India is, thus, an excellent market for in-bound cross-border leases. Cross-border lessors, who have generally kept themselves limited to aircrafts, containers or marine equipment should find avenues of leasing plant and machinery, for mutual prosperity and gain.

As host countries, Asian economies should learn a lesson from the EEC, and try to harmonise their laws. Adoption of the UNIDROIT’s latest piece on commercial contracts may be great national interest to every Asian economy.