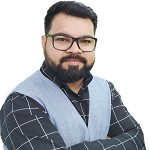 Where parties to contract do not intend to create binding agreement, the agreement cannot be enforced.

The case of balfour vs balfour is a well known illustration of a domestic agreement. In this case a husband (Mr. Balfour) was working in ceylone. During the holidays, he and his wife (Mrs. Balfour) went to England to enjoy the leave. When Mr. Balfour was to return to ceylone, his wife was advised to remain in England, due to ill health. Mr. Balfour agreed to send a sum of $930 per month for probable expense of maintenance. For some time he sent the amount but afterwards differences arose between them which resulted in their separation and the allowance fell into arrears. Mrs. Balfour suit for recovery was dismissed by Lord Atkin on the ground that parties did not intend that it will be attended by legal consequences.

A General offer may be accepted by any person from among the public who has the knowledge of it. The performance of conditions of offer will amount to acceptance.

The case of Carllil vs. Carbolic Smoke Ball Co. is an illustration of a contract arising out of a general offer. As per the facts of the case, the company issued an advertisement in a newspaper about its product, “the smoke ball” a preventive medicine against influenza. In the advertisement, the company offered to pay a sum of $ 1,000 as compensation to anyone who contacted influenza or a cold after having used the smoke ball according to the printed directions. The advertisement also contained that a sum of $ 1,000 had been deposited with the Alliance bank to show the sincerity of the company. A lady, Mrs. Carllil relying on the advertisement purchased and used the smoke balls as per directions but still contacted influenza. She sued the company to claim the compensation of $ 1,000. Held, it was a general offer and Mrs. Carllil had accepted it by her act, by performing the conditions for acceptance. She was therefore entitled to get the claim.

Offer must be communicated- in this case, Gauri Dutt sent his servant, Lalman to search his missing nephew. After L had left in search of the boy, G issued hand bills announcing a reward of Rs. 5000 to anyone who might find out the boy. L who was ignorant of such reward, he claimed the reward. Held, L was not entitled for reaward since he was ignorant of it i.e proposal.

In this case, a minor (dharmodas) mortgaged his house for Rs. 20,000 and received Rs. 10,500 from the mortgage. Subsequently, the mortgagor sued for setting aside the mortgage on the ground of his minority at the time of execution of mortgage deed. The privy council held that according to Section 11, a minor is incompetent to contract and therefore, minor’s agreement was absolutely void, not merely voidable. Hence, mortgage was cancelled. Moreover, the morgagee’s request for refund of Rs. 10,500 was also turned down on the ground that minor’s agreement was void from the beginning and therefore, mortgagee has not right of restitution.

A, an old lady, by a deed of gift, granted certain property to her daughter ®. The terms of the deed stipulated that R will pay an annuity of Rs. 653 to A’s sister ©. On the same day, R entered into an agreement with C to pay her the sum directed by A. the stipulated sum was however not paid and C sued to recover it. R contended that no consideration was moved by C to him. Madras high court held, the consideration furnished by C’s sister was enough to enforce the agreement between C and R.

In order to construct a town hall at howrah, the commissioner of Howrah Municipality started to obtain necessary fund by public subscription. A also promised to subscribed Rs. 1000 to fund by signing his name in the subscription book for the purpose. On the faith of the promised subscriptions, the secretary of the town hall construction committee engaged a contractor for construction of town hall and thus, incurred liability. A refused to pay his subscription. Held, engaging a contractor and starting the construction work on the faith of the promise to subscribe was sufficient consideration. Hence, A was liable to pay the amount to the extent of the liability incurred by the promise.

Damodar Murlidhar vs. Secretary of State of India

The government repaired a certain tank, which had irrigated lands belonging to the government itself and zamindars. The government did not undertake the repairs gratuitously for the zamindars. Zamindars enjoyed the benefit of the repaired tank. Held, zamindars were liable to contribute to the cost of repairs.

The doctrine of privity of contract can be best illustrated by an English case Dunlop Pneumatic Tyre Co Ltd vs Selfridge & Co. As per the facts of the case, Dunlop & Co sold some tyre to one dew & co with an agreement that these tyres will not be sold below the list price. Dew & Co in turn sold some of the tyres to selfridge & co with an agreement that they will observe conditions as to the Price and They also promised that they will pay to the Dunlop & Co a sum of Rs. 500 for every tyre sold below the list price. Selfridge sold some tyres below the list price and the Dunlop & Co brought an action to recover the damages for the same. Held that Dunlop & Co cannot bring an action against Selfridge because there was not contract between the two.

The author can also be reached at amittalada@gmail.com