Citizen of India - A Full Time Taxpayer to the Government 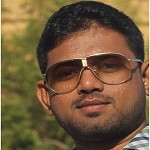 I want to draw attention of all the citizens of India towards the newly passed GST Bill, Indian Constitution and the Role of government. What is actually written in the constitution and how government is currently following. I will try to explain the current situation of the citizens. Hope you all understand it, am not a professional writer but just to awake the citizens of my India I had done a little bit of work and written something.

In this article I have first written the list of tax paid by us in our day to day life. After that in brief about the Constitution of India, so that you can get clear about what constitution says. Further to it the current situation of the country and how taxes are affecting our lives. It may not be properly systematically written but as I mentioned earlier am not a professional writer so please ignore my mistakes if any.

I am 27 years old working as a Sr. Accounts Officer and being a youth and for the sake of country I had taken an initiative to write this article. This is my first article I don’t know whether it will be effective or not but from my end I had tried and done my duty for this nation. I hope and will pray that through this article at least I can do something for the welfare of the Indian Citizens.

This are some of the examples just try to calculate taxes you paid indirectly by purchasing consumable items of at least one month / day, you will come to know how much tax you pay indirectly. Addition to this you are paying direct taxes too at the year end from your earnings. There is still a lot, but from all this at least I hope all the citizens of my country should wake up and will take initiative to make government realize what Indian Constitution is and how government should be. Each & every citizen is the part of it whether he is Employed, Unemployed, Student, Political Leader, Business Man, Common Man, etc.

It is not at all One Tax.. Totally fake slogan of the government :-

“One Nation One Tax”

Let us understand with an illustration :-  If any NGO / Organization is established or formed then it is very clearly stated that NGO / Organization has to stick to it principles, purpose & fundamentals and will abide by the law & constitution. Even NGO’s / Organization stick to its constitution after its formation. NGO’S are non-taxable as they are non-profits organizations. Same way in the Indian constitution many government sectors are exempted from the taxes. Why? What was the reason to exempt government from the Taxes?  Because government too is a non-profits establishment and for that reason it was exempted from the taxes. But now a days government is purely a profitable sector which collects only & only tax from the citizens of India. Are we making profits by consuming our basic necessities to live life & sustain in the country ? Then how can government take tax on it from us ?

This is our Country, It is a matter of whole country, It should be the question of every citizen. Are we having illiterate personnel’s in government who cannot understand the basic principles of the constitutions or we are having  purely corporate personnel’s who are just functioning the government as a business / corporate sector. It is very clearly stated in the constitution that adhering to principles of socialism and not connected with spiritual or religious matters and relating to democracy and its principles. A country in which supreme power is held by the people and their elected representatives and to secure all its citizens.

Whatever circumstances and challenges we are facing in our country today is only & only because of the unemployment, cost of living and inequality. And the root cause to all this problem is not following the basic principles of the constitutions. Government is planning very high goals but is blind to see the base of the country. The first & foremost goal of the government should be that each & every citizen of the country should get Food, House, Water, Hospitals, Education, Electricity, Employment etc. etc. basic necessities for the living. If this is not achieved yet then how could government think of high goals. Government should first work to fulfil the basic necessities of the citizens by exempting the taxes on all the consumables items for living day to day life.

Government should adopt such systems in which basic necessities are covered of the citizens and after that from their earnings profit government can charge them tax. Any consumable / eatables should be tax free / exempted and the tax should be only on the profits on which government have rights for the development of the country. But if government will take tax from their basic necessities itself then this will be against the constitution and the socialism and of course against humanity too if seen as human.

As stated in the constitution about justice relating to the society for best suitable living, is our government following the constitution for it ?  I must say the government had imposed taxes on each & every items & services for which end user means a consumer has to bear. The consumer is an Indian citizen he may be a rich or poor but whatever he may be, he has to pay for it. Due to tax imposition the cost of living for every citizen is day by day increasing which leads to a poor economy & weak socialism. Which is against Indian constitution. Is this the way to run the government as per the constitution ? No absolutely not. The constitution is made so that each & every citizen of India can live & sustain their lives with ease and equality and honor of respect & dignity.

Our Great Leader to whom we know as Father of the Nation Mahatma Gandhi lead a Dandi Yatra just because for the Tax laid on the Salt by the British East India Co. It is an exemplary illustration. Gandhiji did not even allowed to levy tax on the salt which is having a minor to minor value. The only concept for it was to exempt the tax which are consumed as the basic necessities of the citizens. In the same manner our every great revolution was most probably for the Lagaans (Taxes) which were laid by the Mughal Emperors & British East India Co. After so much of struggles & revolutions we got the independence and finally the Indian Constitution was made so to abide the government by the laws for the welfare of the citizens and good governance which can make the citizens to live with equality & socialism. But now this government has forgotten the basic fundamental of the constitution. And once again leading us back to those old days of revolutions.

I want to share one best example:- In Sansad Bhawan canteen they are giving lunch & foods at very minimal price (Negligible Price) why such ?? Why their foods is so cheap ? Why government cannot provide food in such a price / rate to all the citizens of the country ? We should think on it. We all are having a good blessed brain and are well educated peoples. What logic or what concept is government following ?

So is it like we should keep our country poor and give our food & treasures to other country just for development ?  Why our government is not taking initiative to first fulfill all the basic necessities of the every citizens of India. And after accomplishing the cost of living government can step for further development. Government is taking share as a form of TAX from every rich & poor citizen and then it is saying we are using for your development but how ?? Why in such a manner ?? Be practical think economically think socially. Politically it may be good at their end but at social level it’s the worst system to run the government.

WE, THE PEOPLE OF INDIA, having solemnly resolved to constitute India into a SOVEREIGN, SOCIALIST, SECULAR, DEMOCRATIC, REPUBLIC and to secure to all its citizens:

JUSTICE : -  social, economic and political;
LIBERTY: -  of thought, expression, belief, faith and worship;
EQUALITY: -  of status and of opportunity; and to promote among them all
FRATERNITY:-  assuring the dignity of the individual and the unity and integrity of the nation;

IN OUR CONSTITUENT ASSEMBLY this twenty-sixth day of November 1949 , do HEREBY ADOPT, ENACT AND GIVE TO OURSELVES THIS CONSTITUTION.

MEANINGS OF THE WORDS USED IN OUR INDIAN CONSTITUTION

SOCIALIST:- adhering to or based on the principles of socialism.

SECULAR:- not connected with religious or spiritual matters.

DEMOCRATIC:- relating to or supporting democracy or its principles.

REPUBLIC:- a state in which supreme power is held by the people and their elected representatives, and which has an elected or nominated president rather than a monarch. a group with a certain equality between its members

ECONOMICS:- Relating to Economy / Justified in terms of Profitability.

POLITICAL:- Relating to Government or Public affairs of the Country.

FRATERNITY:- a group of people sharing a common profession or interests / Mutual Support.

DIGNITY:- the state or quality of being worthy of honour or respect.

ADOPT:- choose to take up or follow (an idea, method, or course of action).

ENACT:- make (a bill or other proposal) law. / put into practice.

We the peoples of India are solemnly declaring to set up / organize  India in to a Supreme ruler by adhering to principles of socialism and not connected with spiritual or religious matters and relating to democracy and its principles. A country in which supreme power is held by the people and their elected representatives and to secure all its citizens. Further it is defined in four cadre / systems :-

On 26th November 1949 Indian constitution adopted a law and put in to practice to give ourselves (Indian Citizens) to the constitution and abide as per the Indian Constitution.

I specially request all the youths of my nation this is our time to show up, if we will not do by now then we will be the victim in future and will give spoiled government to our future generations. Government is going to levy GST with slogan as One Nation One Tax One Market. I have made very clear with above examples is it One Tax ? Then how government can make us fool by making such statements of one nation one tax.

We should obviously opt for one nation one tax but it should be in practical and not a fake slogan. It should be in real on profits earning and not on the basic necessities of the citizens. We want to develop but not in such a way by which poor citizens of india are dying for it. We have equal rights & honor let all the citizen first get their basic necessities then will do further development.

On this Independence day I want to ask my Indian citizens that are we actually living in a democratic country or are we a real Independent ? No - We are all slave of Government to pay each & every penny to live and for consistence in this country. It is a matter of regret that our great leaders has fight for our independence and our government do not feel the value of independence.

Once again I request to each & every citizen of India please get information as much as you can and let’s take initiative to do something for government of our country. It is our duty for the nation to get government into its actual Constitution Rules, Principles, and Purpose. After all, constitution says the Supreme power is with Citizens of India.

JAI HIND
An Indian Citizen
Proud to be an Indian

The author can also be reached at taufeeq.tally9@gmail.com