The most popular one pager return is continued by the CBDT this year also. But there are certain changes regarding eligibility to file this return as well contents of this return which are as under.

1. This year (AY 2018-19 FY 2017-18), only the individual who is 'resident and ordinary resident' can file this return, so three categories of residential status are removed from the content of this return.

2. Resident Individual who has income to be apportioned in accordance with provisions of Section 5A (governed by Portuguese Civil Code) are no more eligible to file this return. Therefore in schedule-TDS of this ITR, column no. 7 is removed this year.

3. Individual who want to carry forward the loss under the head income from house property is not eligible to file this return.

4. Income under the head salary and house property are to be shown in detail as under instead of writing only net figure of income/loss under the head. (Same change in ITR-4 Sugam also)

5. Amount of late fees under newly introduced section 234F which is payable in case of late filing of ITR. For more understanding of Section 234F, refer to these video links:

1. Income from Business or profession is no more reportable in this return. Consequently, from schedule-AL, Part-C regarding 'interest held in assets of a firm or AOP as a partner or member thereof' is also removed.

3. In Schedule TDS, columns are added for TDS of others whose income are assessable in hands of assessee. (Also in ITR-3, ITR-4, ITR-5 & ITR-6). 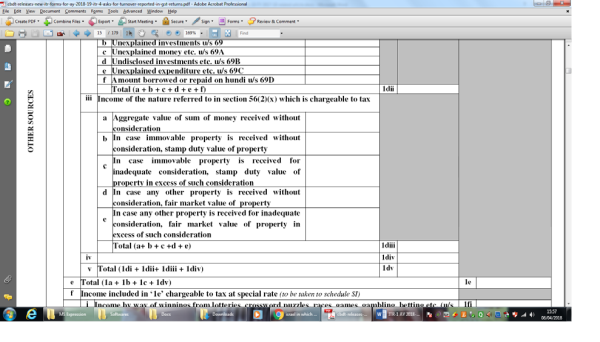 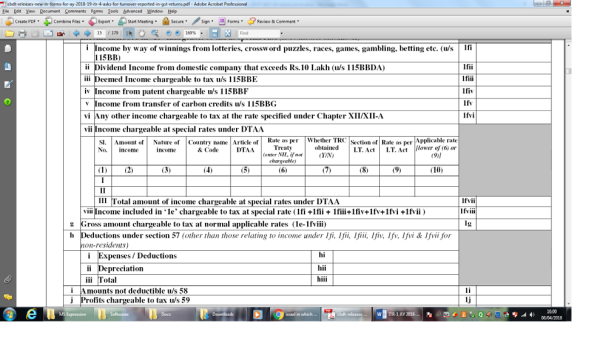 1. GST details as under in Profit and Loss account. (Also in ITR-5 and ITR-6) 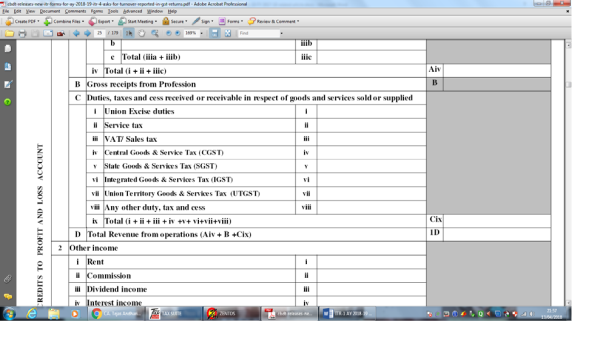 2. Part A-OI Point No. 4(a) and (b) are still not rectified this year. These points still refer to the market value, whereas ICDS says about Net Realizable Value (NRV). (Also in ITR-5 & ITR-6). 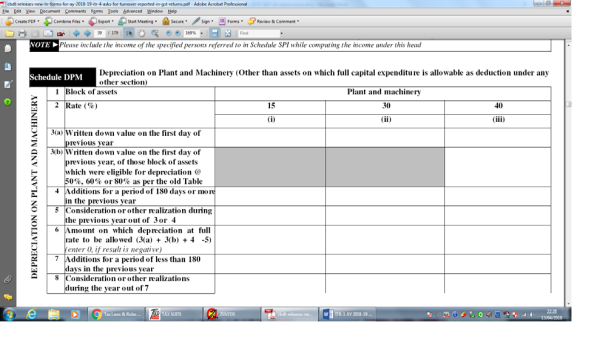 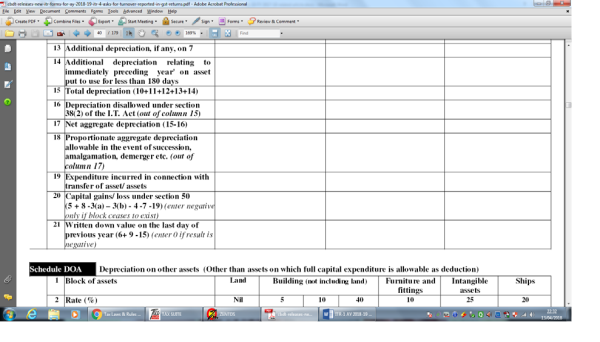 6. Column for land is also provided in schedule Depreciation on other assets. (Also in ITR-5 & ITR-6) 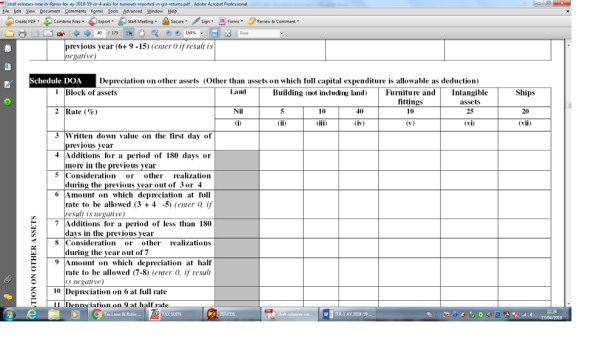 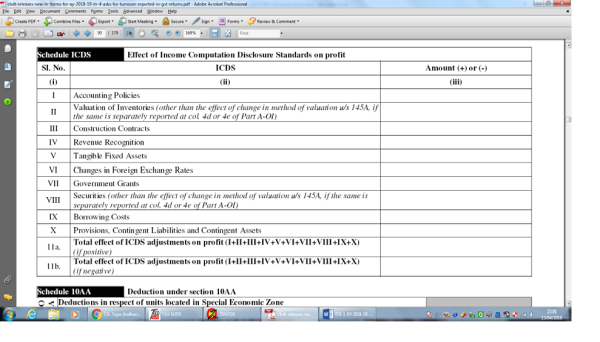 1. GST details are introduced this year. And more financial particulars of business are asked for as under. (13 items in place of 4 items) 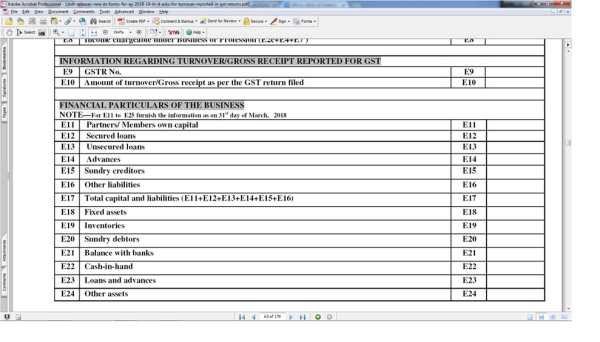 Changes in ITR-6
In addition to changes discussed in above points.

2. New schedule Balance sheet - Ind AS is introduced. In the same was P & L A/c. Ind AS

3. Schedule for Expenditure in respect of entities registered/not registered under GST and Break-up of payments/receipts in Foreign currency (to be filled up by the assessee who is not liable to get accounts audited u/s 44AB) 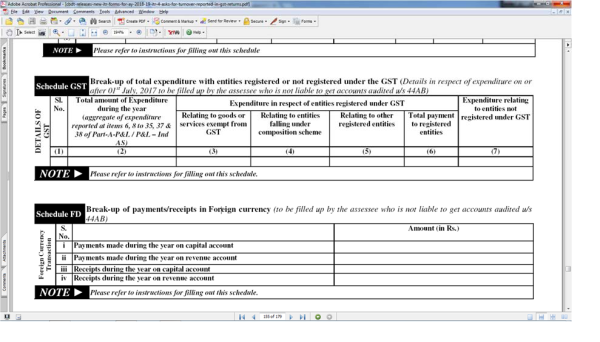