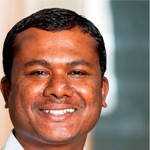 
It is normal that, excise duty paid goods are received back into the factory on account of , not needed presently, rejected,  etc.. As per Rule 16 of Central Excise Rules 2002, the Cenvat credit of excise duty paid on such goods returned can be availed by the manufacturer subject to few conditions specified.

In this article, effort has been made to understand the Cenvat credit implications under various situations. The statutory provision which allows assessee to avail the credit on the goods returned to the factory are as under: .

“RULE 16’ - Credit of duty on goods brought to the factory. — (1) Where any goods on which duty had been paid at the time of removal thereof are brought to any factory for being re-made, refined, re-conditioned or for any other reason, the assessee shall state the particulars of such receipt in his records and shall be entitled to take CENVAT credit of the duty paid as if such goods are received as inputs under the CENVAT Credit Rules, 2002 and utilise this credit according to the said rules.

Explanation. - The amount paid under this sub-rule shall be allowed as CENVAT credit as if it was a duty paid by the manufacturer who removes the goods.

(3) If there is any difficulty in following the provisions of sub-rule (1) and sub-rule (2), the assessee may receive the goods for being re-made, refined, re-conditioned or for any other reason and may remove the goods subsequently subject to such conditions as may be specified by the Commissioner.”

Few of the issues and the possible solutions for the same under Rule 16 and few decided case laws which could be useful to the readers are as follows:

Issue 1:- Duty paid goods has been returned to factory and the assessee has carried further processing which resulted in manufacture and removed subsequently with payment of duty. Whether credit can be claimed?

Yes. It was held in case of Commissioner of c. Ex., Meerut-i vs. Bhushan steel and strips ltd.  2014 (304) E.L.T. 327 (all.) that, process used in manufacturing of final product by using defective finished goods amounts to “manufacture”, credit cannot be denied. Even Rule 16 (2) is very clear on this aspect.

Issue 2:- Duty paid goods has returned to factory and the assessee has carried further processing which is not amounting to “Manufacture” as per excise law. Whether credit can be claimed?

Yes. However when removing such goods he is to reverse the duty credit availed.

Issue 3:- Duty paid goods has been returned to factory and the assessee has scrapped the same without processing to manufacture. Whether credit can be claimed?

No. When received goods scraped without carrying out any process of manufacture, amount equal to Cenvat credit taken as receipt of goods needs to be discharged. Confirmed in Shimoga Technologies ltd vs. Commissioner of c. ex., Mysore 2007 (208) E.L.T 31 (tri. - bang.)

Issue 4:- When assessee removed the goods, he removed at higher price and on return of such goods. after processing the same goods removed at lower rate. Whether credit of full duty paid on higher price is eligible as credit?

Issue 5:- When an assessee received the goods, the same were not taken into manufacture but claimed Cenvat on such duty paid goods and such goods were lying in factory. Whether credit is eligible though the same are not used in manufacturing?

Yes. It was held in case of Sew Eurodrive India Pvt. Ltd Vs. Commissioner of c. ex., Vadodara. 2008 (230) E.L.T 558 (tri. - Ahmd.) that, if brought back goods are not manufactured, the cenvat credit is required to be reversed before the goods being removed from the factory. Whereas if goods are still in the factory premises, the assessee is not required to reverse the credit. As the assessee would come to know about the fact of re-conditioning or re-making only after receipt of goods in his factory and the said reversal of credit is required to be made if the goods are not manufactured, only at the time of removal of the goods from the factory.

Few suggestions to avoid disputes in this area

i. Submission of a detailed disclosure letter with range office about the procedure being followed for availment of credit on goods returned and treatment of goods after receipt. This  would be helpful to establish bonafide belief in availing the Cenvat credit.

ii. Maintenance of separate register and documents of credit availed on such rejected goods and tracking their removal to prove what has happened.

iii. Seeking experts advise as preventive check to avoid later stage disputes (it is suggested especially where the amounts and transactions involved are huge) could be examined.

For any quires, readers may write to venkat@hiregange.com