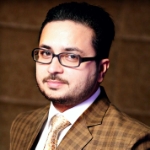 
How to carry forward Cenvat, Input Vat, Entry tax on goods held in stock on an appointed day by existing registered Assessee to GST  in 10 points

1. A registered person, other than a person opting to pay tax under composition scheme, shall be entitled to take credit in his electronic credit ledger the amount of CENVAT (or VAT credit) credit carried forward in the return of the last period before the appointed day. This rule will be applicable for availment of credit of eligible duties on stock lying as on date of transition into GST.

(i) the said amount of credit is admissible as input tax credit under this Act;

(ii) the registered person has furnished all the returns required under the existing law (i.e. Central Excise and VAT) for the period of six months immediately preceding the appointed date;

(iii) the said amount of credit does not relate to goods sold under exemption notification and claiming refund of VAT paid thereon. Further, Credit on purchases from EOUs/EHTP allowed to the extent of credit equivalent to CVD and SAD (if any).

3. Provided that in the case of a claim of SGST the application shall specify separately -

(ii) the serial number and value of declarations in Forms C and/or F and Certificates in Forms E and/or H or Form I specified in rule 12 of the Central Sales Tax (Registration and Turnover) Rules, 1957 submitted by the applicant in support of the claims (this proviso only in SGST rules) Only that amount of ITC relating to above said sections declarations of which have been furnished will be carried forward to the GST regime, and the remaining ITC will be retained and will not be allowed to be carried forward to the GST regime. ITC ,which could not be carried forward due to non-submission of the declaration forms can be claimed as refund under the existing law after submission of the same.

4. Every registered person entitled to take credit of input tax shall, within ninety days of the appointed day, submit a declaration electronically in FORM GST TRAN-1, duly signed, on the Common Portal specifying therein, separately, the amount of input tax credit to which he is entitled. Commissioner can extend this timeline by another 90 days.

5. Details of statutory forms received for which credit is being carried forward Period: 1st Apr 2015 to 30th June 2017 required to be disclosed in GST TRAN-1.

6. A registered person, other than a person opting to pay tax under section 10, shall be entitled to take, in his electronic credit ledger, credit of the unavailed CENVAT credit in respect of capital goods, not carried forward in a return, furnished under the existing law by him, for the period ending with the day immediately preceding the appointed day.

8. Every declaration shall specify separately the following particulars in respect of every item of capital goods as on the appointed day-

(i) the amount of tax or duty availed or utilized by way of input tax credit under each of the existing laws till the appointed day, and

(ii) the amount of tax or duty yet to be availed or utilized by way of input tax credit under each of the existing laws till the appointed day;

9. The amount of credit specified in the application in FORM GST TRAN-1 shall be credited to the electronic credit ledger of the applicant maintained in FORM GST PMT-2 on the Common Portal.