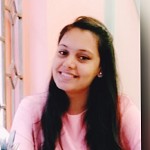 "It is proposed to provide that listed companies shall also be liable to pay additional tax at 20 percent in case of buyback of share, as is the case currently for unlisted companies," Sitharaman said in the Budget speech.
Companies with excess cash on their balance sheet were preferring to buy back their shares rather than paying out the same via dividends. By doing so, companies were saving on dividend distribution tax (DDT).
Finance Minister Nirmala Sitharaman has now plugged this loophole by taxing buybacks at the rate of 20 percent, similar to those applicable on unlisted companies.

The government had introduced tax on dividends in 2007 and increased the levy in 2016 when it introduced additional dividend tax (ADT), which was applicable on investors who received dividends over Rs 10 lakh. This prompted several companies to reduce their dividend payouts and instead go for share repurchases. The total buybacks increased from Rs 1,834 crore in FY16 to Rs 55,587 crore in FY19.

The move to levy a 20 percent tax on buybacks would remove the tax arbitrage viz-a-viz declaring a dividend. Buyback schemes already announced by listed companies prior to introduction of the Budget proposal, but where payments have not been made to the shareholders, will also be hit by the 23.3% tax levy. This will be on the difference between the buyback price and the original issue price.

Until now, investors tendering shares in a buyback were subject to capital gains tax. The tax applicable was in the range of 10-15 percent for both domestic and foreign investors, provided the buyback happens through stock exchanges. Going forward, investors will not have to pay any capital gains tax on the shares tendered in a buyback. Instead, the company will deduct the 20 percent distribution tax from the total buyback corpus and pay the balance amount to investors. The development could impact the premium that companies offer during buybacks.

There were generally no tax implications in the hands of company on buyback of its shares under the modes prescribed under Securities and Exchange Board of India (Buy back of Securities) Regulations, 1998, since Dividend Distribution Tax (DDT) and buyback tax (BBT) were not triggered.

The buyback of shares listed on a stock exchange had been considered as a tax-efficient mode of surplus cash distribution from the company’s standpoint.

In the hands of the shareholders (irrespective of residential status), a buyback triggered capital gain tax since exemption under Section 10(34A) was available only in cases where BBT is paid by the company.

To discourage the practice of preferring buybacks over dividends, the finance minister has proposed a 20 percent tax on buyback of shares by listed companies.

For instance, if an investor purchases a share for Rs 200 in the open market and the company offers buyback of share at Rs. 300. The gain of Rs 100 was earlier taxed at 10 percent.” But with the budget proposal, while the investor will be exempted from paying tax, the company will be required 20 percent tax on the difference between the buyback price and the issue price, which could be as low as Rs 10.
While the budget proposal may have made buybacks costlier, there will be instances of double taxation. An investor selling the share at Rs 200 to another investor, would have already paid tax on his gains.Now, with buyback tax, the same income will be charged to tax from companies.

Tax on distributed income to shareholders.

115QA. (1) Notwithstanding anything contained in any other provision of this Act, in addition to the income-tax chargeable in respect of the total income of a domestic company for any assessment year, any amount of distributed income by the company on buy-back of shares (not being shares listed on a recognised stock exchange) from a shareholder shall be charged to tax and such company shall be liable to pay additional income-tax at the rate of twenty per cent on the distributed income.

Explanation. - For the purposes of this section,

(2) Notwithstanding that no income-tax is payable by a domestic company on its total income computed in accordance with the provisions of this Act, the tax on the distributed income under sub-section (1) shall be payable by such company.

(3) The principal officer of the domestic company and the company shall be liable to pay the tax to the credit of the Central Government within fourteen days from the date of payment of any consideration to the shareholder on buy-back of shares referred to in sub-section (1).

(5) No deduction under any other provision of this Act shall be allowed to the company or a shareholder in respect of the income which has been charged to tax under sub-section (1) or the tax thereon.

The amendment made in the Finance Bill of 2019 states the following-Clause 36 of the Bill seeks to amend Section 115QA of the Income Tax Act relating to tax on distributed income to shareholders. Sub-Section (1) of the said section provides that a domestic company shall be liable to pay additional income tax at the rate of twenty percent on the distributed income on buy-back of shares listed on a recognized stock exchange from a shareholder.

The Finance Bill proposed to amend the said sub-section so as to provide that the provisions contained therein shall also apply to the buyback of shares listed on a recognized stock exchange. This amendment will take effect from July 5.

Effectively buyback of equity shares will attract tax at the rate of 20 percent (plus surcharge). We note that dividend distribution also attracts a tax of 20.56 percent. The rationale of imposing this tax is a belief that companies are using buyback to circumvent payment of dividend distribution tax. On the face of it, the tax on buyback of equity shares does not differentiate between the mode-tender or open market route, implying tax liability on both modes of buyback.

Shares of information technology (IT) companies were under pressure with Tata Consultancy Services (TCS), Infosys, Wipro and HCL Technologies down nearly 5 percent on the National Stock Exchange (NSE) after Finance Minister Nirmala Sitharaman proposed to extend the buyback tax at 20 percent to listed companies as well.

Most large IT services companies had taken the buyback route to return their surplus cash to shareholders as this option has emerged as the most tax-efficient instrument when compared with dividend payout. When the IT providers started offering buybacks to shareholders about two years back it was a tax-efficient method for them. However, a buyback takes up to 4 months to process since it requires approvals from shareholders and board members across the exchanges where the companies are listed. If now the tax impact boils down to the same level, companies might as well opt for dividends which are easier to process.

This would be good for shareholders as now more companies would issue dividends rather than buybacks. So, shareholders would now be able to earn dividends without having to tender their shares in a buyback to reap the rewards.

Extension of buy-back tax has been proposed as an anti-abuse measure (against non-declaration of dividends) and would impact profit distribution strategies of listed companies.  Dividend distribution may now be on par with buybacks and minority shareholders will be happier to receive dividends rather than being asked to participate in buybacks.

Currently, tax on buybacks comes under capital gains, which can be used by investors to offset capital losses they make in other investments and save taxes. Such a provision will no longer be available.

While tax is one of the factors for conducting a buyback over declaration of dividend, there are also other factors which are weighed by the company before opting a specific instrument. For example, if the promoter wants to consolidate its position in the company, buyback will be preferred.

While the budget has tried to address multiple challenges but taxation on buyback are likely to be short to medium term challenges. The market wanted much more than what has been announced, and in the short term, the market is more likely to remain range bound.

In conclusion, Buybacks will become relatively expensive for listed companies after the introduction of the buyback tax.

It will also take away the flexibility of investors to set off the losses using capital gains accrued by tendering shares in a buyback.