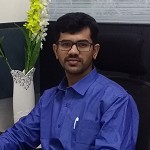 Impact: The said services are exempt from service tax with retrospective effect from Sept 10, 2014.

2. Any process amounting to manufacture:

‘Services by way of carrying out any process amounting to manufacture or production of goods excluding alcoholic liquor for human consumption’ was covered in negative list (entry f) and thereby was out of service tax levy.

Now by virtue of amendment, the entry has been removed from negative list and added under mega exemption notification (25/2012-ST) S. No 30.

Further, Services any intermediate production process as job work not amounting to manufacture or production in relation to agriculture, printing or textile processing, cut and polished diamonds and gemstones; or plain and studded jewellery of gold and other precious metals, falling under Chapter 71 of the Central Excise Tariff Act, was also exempted under entry 30 of the said mega exemption notification.

Impact: Any process amounting to manufacture was not subjected to service tax as it was covered in negative list and any job work not amounting manufacture also exempted vide by mega exemption notification subject to the condition that appropriate duty is payable by the principal manufacturer.

Now by virtue of this amendment, activities relating to manufacturing and job work were rationalised and exempted from payment of service tax under single entry 30 of the exemption notification.

Following amendments made in advance ruling provisions to bring those in line with Income tax Act provisions:

4. Transportation of passengers by Air:

Exemption has been provided when the service of ‘transport of passengers by air’ is provided to Government on those who are embarking from or terminating at a Regional Connectivity Scheme airports against consideration in the form of Viability Gap Funding.

Exemption is not applicable on or after the expiry of a period of one year from the date of commencement of operations of the Regional Connectivity Scheme Airport.

Impact: Special exemption from payment of service tax when air transportation of passenger services provided to government via RGCS airports up to maximum of one year.

Research and Development Cess Act, 1986 is proposed to be revoked/repealed.  Accordingly, the exemption notification 14/2012-ST issued to provide deduction of service tax payable to the extent of R&D Cess paid by service providers being withdrawn.

Impact: There would be no more R&D cess payable on import of technology as the said act itself is proposed to be rescinded. Since no R&D cess payable, no question of deduction of R&D Cess arises.

However, w.e.f date of president ascent, service providers would not be eligible for the deduction even though they have paid R&D cess earlier on which deduction is not yet claimed. Further planning could be possible on import of service by postponing the import of technology services post date of President’s ascent.

Retrospective exemption from payment of service tax on one time upfront amount (called as premium, salami, cost, price, development charges or by any other name) payable for grant of long-term lease of industrial plots (30 years or more) by State Government industrial development corporations/ undertakings to industrial units.

Impact: In addition to the exemption from service tax on said services to be provided in future, the service tax already paid would be eligible for the refund. Claim shall be made within 6 months from the date of the President ascent to the Finance Bill 2017.

7. The value of land involved in case of construction services:

Impact: The honourable Delhi High court decision in case of Suresh Kumar Bansal vs Union Of India & Ors, will not hold good any more wherein, it was held that since there is no mechanism to ascertain the value of land in case of composite contracts wherein no separate value for land and construction is provided, the levy of service tax fails as service tax cannot be levied on immovable property being land and undivided share of land.

W.e.f 01.04.2016, in case of construction services, service provider would be having following three options namely,

In all the three cases, assesses would be eligible to avail Cenvat credit on input services and capital goods subject to Cenvat credit provisions.

Value of service by way of extending deposits, loans or advances against consideration in the form of interest or discount need not be considered while computing the common Cenvat credit to be reversed under Rule 6(3) and 6(3A) of Cenvat Credit Rules by banking and financial institutions.

Impact: Exclusion of value of above said transactions from both taxable activity and exempted activities would not only ease the computation mechanism for banking and financial institutions but also reduces the amount of Cenvat credit to be reversed under the provisions Cenvat credit provisions.

2. Time limit for approval of transfer of Credit:

The provisions of Rule 10 of Cenvat Credit Rules being amended to cap the time limit of 3 months from the date of receipt of application to allow the transfer of CENVAT Credit on by the jurisdictional Dy./Assistant Commissioner of Central Excise, subject to the fulfilment of the conditions under said provision. The time limit of three months is further made applicable for granting remission of duty under Rule 21 Central Excise Rules.

Impact: It could speed up the processing of application for transfer of credit and for granting remission by some extent and DC/AC could be made accountable for the unjustifiable delays in excess of three months.

The views expressed here in this paper is of paper writer. No responsibility is taken on mere referring of the comments made in this paper without consulting.