What is infrastructure? The word "infra-" has a Latin origin meaning "below" and "struere" meaning "to build". Infrastructure is the groundwork upon which the structure of the economy is built layering highways, airports, telecommunications, and water supplies etc.

Among others, Infrastructure Projects are high on priority to develop road building on precedence basis so that it 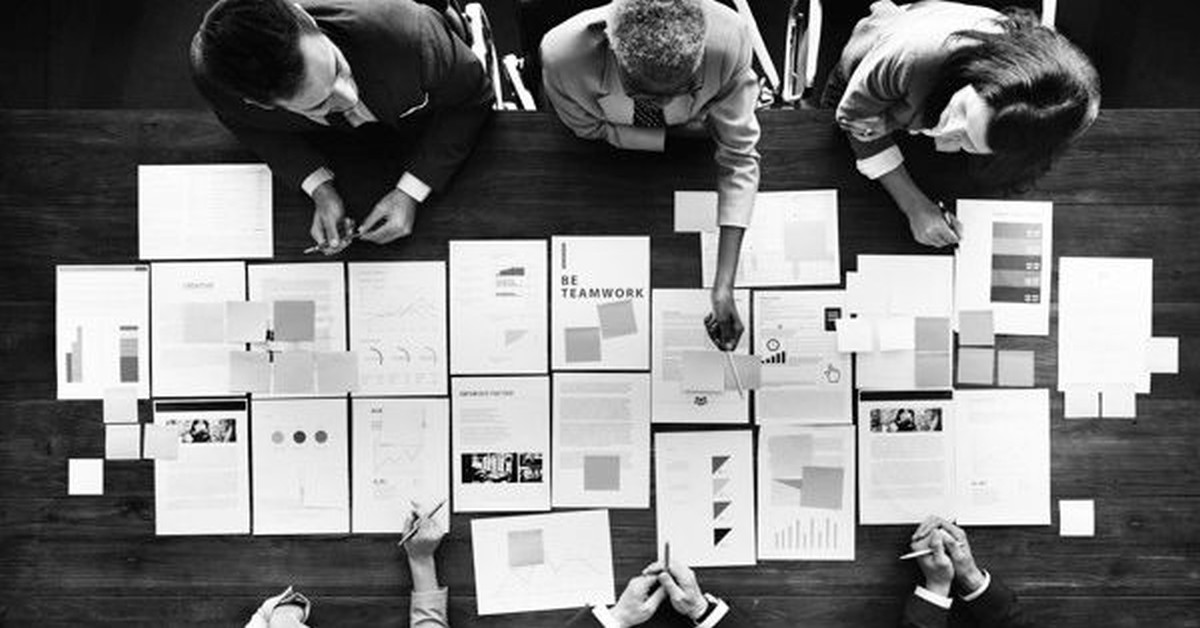 It is easy said than done owing to intricacies of financing and funding of the road building of the magnitude today required. Therefore, besides governments', huge participation by private sector contribution and involvement are entirely necessary to step up infrastructure building for mainly two for reasons-- Period of construction and the of time consumption of recovering through toll. Initially, it was by awarding projects on PPP basis. Over the period, various options under PPP are unleashed like Build-Operate-Transfer (BOT), (Build-Own-Operate (BOO), Build-Transfer-Operate (BTO), and Build-Operate-Lease-Transfer (BOLT), Lease-Develop-Operate (LDO) Rehabilitate- Operate-Transfer (ROT)to suit a particular situation.

The project under study - Build, Operate, and Transfer (BOT):

• The Concessionaire finances the investment costs

• Usually at the end of the contract, the asset or the system reverts to the Government from the concessionaire

Basic Procedure and Technicalities of a BOT project:

Let us first try to understand the basic procedure and technicalities of a BOT project. As the very name suggests, under BOT projects,

The company that has won the offer assumes the responsibility of building the project,

It owns the assets under BOT projects, until the expiry of the concession period.

It has the right to collect the cash flow accruing over the life of the project by means of toll, and

Finally, transfer the project to the awarding entity (the government) (at the end of the concession period.

How to value the BOT project and amortize:

Accounting Standard AS 10 - Accounting for Fixed Assets under Indian GAAP and Ind.AS 16- Property, Plant and Equipment are the kernel (essential part) of the valuation of fixed assets including infrastructure projects.

Â· Directly attributable costs to bring the assts to the location and condition necessary for it to be capable of operating in the manner intended by the management. Directly attributable Costs include among other appropriate -Costs of employee benefits attributable directly to the construction, laying down infrastructure or acquisition of the item of PPE, Costs of site preparation, initial delivery and handling costs, installation and assembly costs, ,professional fees.

Â· Costs of dismantling and restoration initial costs of restoring the site on which PPE is placed.

Norms to determine when to capitalize the Cost:

The pertinent questions to be addressed are as to determine criteria for determining when to capitalise the cost associated with obtaining and fulfilling the contract.

Under AS 7, a construction contract is a contract which is specially negotiated for the construction of the asset or a combination of assets that are closely inter related or independent in terms of design, technology and function of their ultimate purpose of use. Revenue from contract with customers â€“ Identification is recognized

Ind. AS 115 contains criteria for determining when to capitalise the cost associated with obtaining and fulfilling the contract. Specifically, entities are required to capitalise recoverable incremental cost of obtaining a contract (e.g. Sales commission).Such cost capitalized would be amortised in a manner consistent with the pattern of transfer of the goods or services to which the Asset is related.

According to ICDS, contract cost shall be reduced by any incidental income not being in the nature of interest, dividends or capital gains that is not included in the contract revenue (A practical guide page no. 36)

Now, the question that sneaks out is that what "Incidental Income" is? No guidance is included in Ind. AS 115. But, as per IGAAP costs that relate directly to a specific contract may be reduced by any incidental income that is not included in contract revenue.

Under Infra Road building BOT Projects, two issues more often than not crop up as indicated below.

1. Incremental lanes to existing project under use- say, expanding, from four existing lanes under use to six lanes for demanding requirements that is now under construction.

QUREY NO.5 of Compendium of Opinions (Volume XXXII) of the Expert Advisory Committee

"Subject: Treatment of toll collections during construction phase of a project of a company engaged in developing Toll Road Project on 'DBFOT' basis.

The company, which is a Special Purpose Vehicle was formed to augment the existing four lane road to six lane road for a length of 148.3 kms forming part of the National Highway between 'X' and 'Y' (â€¦State) and, then, to operate and maintain the same in a Design, Build, Finance, Operate and Transfer ('DBFOT') basis.

B. Query 13. The querist has sought the opinion of the Expert Advisory Committee on treatment of toll collection during the construction phase of the project undertaken on DBFOT basis,

D. Opinion 17. On the basis of the above, the Committee is of the opinion that the toll collections during the construction/up gradation period is not a 'capital receipt' rather it is revenue in nature and accordingly, it cannot be reduced from the total project cost."

(For facts of the case and Points considered by the Committee among other things refer to query No.5 of 5of Compendium of Opinions (Volume XXXII) of the Expert Advisory Committee).

2. New project under construction but activated for use under different periods:

In case, it is a contract for road construction given under BOT basis, and if the concession period is, say, of 30 years including construction period of 3 years commencing from appointed date say, 01/o1/2015.

It is further informed that there are two provisional certificates issued- the first on January 2015 for 100 km. out of 130 km. The Second certificate, say, it was issued on October, 2015 for the balance km.

It is informed that the contract has a provision to the effect that if the 70% of the construction is over, a provisional certificate can be sought.

Plausible Question that may crop up:

Whether the capitalization is to be recognised on two different dates or as on final stage completed as on October 2015?

The discussion is not on what are the elements to be included in the capitalization on which no issues raised. The company has capitalized on October 2015 for amortizing the intangible asset and recognising the toll income thereafter. But, there could be divided / conflicting views whether to be capitalised / amortised on two different dates with toll income recognition accordingly or on final certificate date.

According to ICDS, as spelt out earlier, contract cost shall be reduced by any incidental income not being in the nature of interest, dividends or capital gains that is not included in the contract revenue (A practical guide page no. 36)

Now, the question that creeps out is that what "Incidental Income" is? No guidance is included in Ind. AS 115. But, as per IGAAP costs that relate directly to a specific contract may be reduced by any incidental income that is not included in contract.

There is one more aspect of the issue that is to be examined is the as to whether the concerned concession agreement is one of primarily single project/assignment or the contract has a proviso for segments/sections.

As stated earlier if the contract has a provision to the effect that if the 70% of the construction is over, a provisional certificate can be sought. The Second certificate, say, it was issued for the balance km at the final completion. If the completion certificate as per the second and if the concession agreement for a single infrastructure assignment, would it not be capitalised as on that date and the interregnum certificate is only for understanding If so, whether toll collection during the period can be recapitalized?

However, there is a bone of contention in the absence of proper clarification either from the respective standards or from any Guidance Note. The ICAI may have to look into it to study threadbare so that the profession is not at logger- head and loitering in wilderness.

In the case of a new Road Infrastructure Project under BOT,

Since BOT Projects (the assets or the systems) areat the end of the contract period, reverts to the Government from the concessionaire, it is treated as intangible assets.

"For intangible assets, the provisions of the accounting standards applicable for the time being in force shall apply, except in case of intangible assets (Toll Roads) created under Build, Operate and Transfer', 'Build, Own, Operate and Transfer' or any other form of public private partnership route in case of road projects. Amortization in such cases may be done as follows: -

(a) Mode of amortization:

(b) Meanings of particulars are as follows:-

Cost of Intangible Assets (A) = Cost incurred by the company in accordance with the accounting standards.

Actual Revenue for the year (B) = Actual revenue (Toll Charges) received during the accounting year.

Projected Revenue from Intangible = Total projected revenue from the Intangible Assets as provided to the project lender at the time of financial closure/agreement.

The amortization amount or rate should ensure that the whole of the cost of the intangible asset is amortized over the concession period.

For example, Visit part A of Schedule II to the ACT. For brevity not quoted here.

Where a company arrives at the amortisation amount in respect of the said Intangible Assets in accordance with any method as per the applicable Accounting Standards, it shall disclose the same."

For the Tax Angle or from the Tax perspective:

It is better to refer to the recent ruling by the Hyderabad Special Bench of the Income-tax Appellate Tribunal held that the right to operate toll roads and collect toll charges is an "intangible asset." Therefore, the taxpayer is eligible to claim depreciation at the rate of 25% (applicable rate) on such intangible asset------reported on 20th April2018.

Revenue: Toll collections during the concession period after the capitalisation----accounted year wise

Infrastructure projects dealt with above though come under Construction contracts; they are obviously of different character/disposition requiring a Separate Standard to address the specific requirements. As on date, there is no articulated Guidance nor any dependable check lists for reason that each assignment is unique and distinctive; and as a result, different routes to be used to go to the roots; - as seas can be used for navigation, roads for road traffic, planes by air- again different types of vehicles are used on the same routes depending of the size and level of passengers and quantum, size and quality of the materials. If not possible, at least it calls for, to address the issues specific to infrastructure projects dealt with above.Expert Advisory Committee should focus on framing necessary FAQs to ease the problems faced by Accounting Auditing Communities on issues they are loitering, sooner than later.