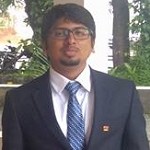 A cryptocurrency is a digital currency in which encryption techniques are used to regulate the generation of units of currency and verify the transfer of funds, operating independently of a central bank. In simpler words, Cryptocurrencies are internet based currencies which have no physical existence and whose supply and exchange are not governed by any recognised authority. These cryptocurrencies are built on a set of cryptographic protocols based on advanced mathematical calculations and complex computer engineering principles which are completely encrypted and are transacted on peer to peer basis, which makes it more secure than any other currencies existing today. At present, there are about 667 crypto currencies being mined and exchanged all around the internet.

History and Evolution of Crytocurrencies

In late 1980's, a company named Digicash founded by Robert chaum, the first of kind to introduce cryptocurrency, unlike modern cryptcurrencies, Digicash was not decentralised as the company had the monopolistic control over the circulation and exchange of currency. Later in 1990's the company went bankrupt due to huge government intervention.

Later in 1980's to 2000, E-gold were the most notable virtual currency based upon US. E-gold were the company who bought physical gold and added that to individual persons e-gold warehouse accounts. The users will also be able to trade their e-gold with other users. In mid 2000's e-gold had millions of active accounts and gradually the company vanished as it was found more vulnerable to hackers.

The first successful cryptocurrencies originated in the year 2009 which was developed by a pseudonymous developer Satoshi Nakamoto, who developed the crypto currencies called 'Bit coins'. Bitcoins were designed as an open-source program to ensure transparency and create reliability among the users and hence it resulted in creation of further more cryptocurrencies or altcoins as otherwise called as they are altered form of bitcoins. Such popular altcoins include Etherum, Namecoin, Litecoin, Dash, Ripple etc…In this particular article we are going to discuss only about the largely known cryptocurrencies called 'Bit Coins'.

The other main features of bit coins include

Bit coins circulation and exchange are not controlled by any third party, it's the users who mine, exchange & validate the exchange at the same time. This the reason why governments of many countries discourage and have also banned(anyway it's not banned in India) the transactions through bit coins as no central bank or authority can route the transfer of coins from one person to another.

Decentralisation paves the way to user anonymity. Every user in the network has a private key which is usually a 2 – 48 digit whole number, using which the holder of bit coins can claim his rightful ownership on the bit coins held by him in his wallet. Thus, anonymity of parties involved in a transaction completely maintained.

As a user who holds bitcoins initiates a transfer of his bit coins to a particular ID of the buyer, the transactions reaches a miner for validation, the miner after checking the individuality of the keys held by the two users and the authenticity of the bitcoins addresses, adds that specific transaction to the block chain and it is when the transaction gets completed. Every transaction is considered to be a block and series of transactions constitutes a block chain.

The developer of bit coins has limited the supply of bit coins to 2.1 Crores till 2025. This scarcity of supply will lead to the increase in value of bitcoins at times of high demand.

As on date, more than 1,00,000 merchants have started accepting bitcoins instead of fiat currencies. To transact in bit coins, a user should have a bit coin wallet. A wallet is described as a tool where the user can hold or store his bit coins. But in practicality, bitcoins is always stored in the blockchain ledger and wallet is a tool which stores the private key required to access the bit coins. Like our Facebook accounts, wallet also works on public key cryptography where the user has a public key and a private key. There are various types of wallets like online wallets, software wallets, hardware wallets and physical wallets.

A practical example for a bitcoin transaction, Mr.A wants to transfer some bitcoins to Mr. B and let us assume both have a bitcoin wallet in their smartphones. Now Mr.B opens his wallet and creates a new bitcoin address and share it to Mr.A. Mr.A on receiving the bitcoin address from Mr.B, pastes that to his wallet and initiates a transfer by entering the amount of BTC he wants to transfer. Now Mr.B's wallet pops up and will ask for his authentication for the receipt and he has to authenticate by entering his private key corresponding to Mr.A's address. And now is the time where bitcoin network comes into play, the so called ‘miners' in the network who are competing to earn new bitcoins as reward by validating as many transactions or blocks, immediately on seeing Mr.A and Mr.B's transaction will validate it and add the block to the blockchain and this process will take about 10 minutes in an average and finally the bitcoins gets transferred from Mr. A to Mr. B.

Trading and Investing in Bitcoins

Unlike transacting, trading/speculating can't give users complete anonymity to users. Moreover, Bitcoins are prone to huge fluctuations, thus speculation can be very risky and so are the returns. Below you can find a chart which shows the fluctuation in bitcoin values in a single day. 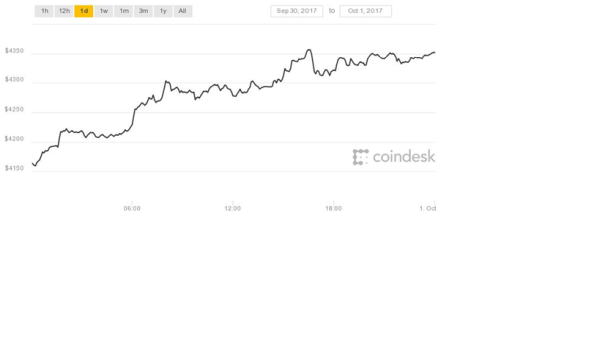 Now for those who wonder whether investing in bitcoins is a good idea or not, its really a tough question to answer than it sounds. In my research, I have come out with few pros and cons which goes like this…

Bit coins are similar to gold in some ways, like they are limited in supply, they have to be mined, it derives its value from itself and its prices are determined by supply and demand. Throughout its history from 2008, the bitcoin prices have drastically increased than any other asset class in existence but in the middle there were few drastic downfalls too. One major advantage in bitcoins is it is not affected by any political chaos around the world unlike other fiat currencies. Bitcoin users can have a watch on the supply and usage of bitcoins which is otherwise not possible in any other fiat currency or physical assets due to its limited supply, thanks to blockchain technology. It is also more secure than any other assets because it is extremely difficult for hackers to steal a bitcoin from its holder as there are many wallets offering highest level of security.

Now looking at its cons, bitcoins are not regulated by any authority, so there is always a risk of scam or getting cheated. And there have been also few reported bitcoin scams like fake bitcoin wallets (Bitcoinwallet.com scam), fake cloud mining service (HashOcean Scam), Bitcoin Investment scheme Scams, MLM schemes in bitcoins, Fake exchange scams, Bitcoin donation schemes (Orlando terror attack page scam) and many phishing scams like Mt.Gox Scam. It is also reported that Bitcoins are used majorly by drug dealers and other law breakers all over the world through dark web and this might lead governments to consider bitcoins as a tool used by offenders, which might also lead to its ban. Finally, many users have also reported that there have been abnormal delays in payments from exchanges and wallet providers while converting their bitcoins to fiat currencies, thus it should be understood sometime conversion might become a problem.

There are many views on bitcoins from different personalities

Famous bit coin Investor Mr.Roger Ver CEO of Bitcoin.com tells,' Bitcoin is one of the most important inventions in all of human history. For the first time ever, anyone can send or receive any amount of money with anyone else, anywhere on the planet, conveniently and without restriction.
It's the dawn of a better, more free world.'

At the same time Mr.Jamie Dimon, CEO, JP Morgan, for instance, has recently expressed his doubts about the value of bitcoins, saying 'It's worse than tulip bulbs. It won't end well. Someone is going to get killed.'

So it is a matter of fact and the individuals personal belief, as bit coin has not been banned by any country except China, Bangladesh, Bolivia, Ecuador and Kyrgyzstan and most other countries has advocated their citizens to restraint from dealing in cruptocurrencies claiming they are highly risky.

Thus, it is essential to understand working technology, its pros and cons well, before dealing with bitcoins, which I have laid down to a considerable extent in this article, now it is in your hand whether to apply this knowledge in practicality or not, but always a knowledge gained is definitely worth more than a bitcoin mined. ;-)

As Mr. Warren buffet said 'Investing in yourself is the best thing you can do. Anything that improves your own talents; nobody can tax it or take it away from you. They can run up huge deficits and dollar can become worth far less. You can have all kind of things happen. But if you have got talent yourself, and you've maximized your talent, you've got a tremendous asset that can return ten-fold'.

All about Postal Ballot