Benami Properties - A new target on the radar 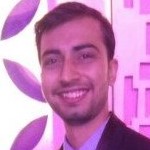 “You are possibly aware of a Law about Benami Property in our country which came into being in 1988, but neither was its rules ever framed nor was it notified. It just laid dormant gathering dust. We have retrieved it and turned it into an incisive law against ‘Benami Property’. In the coming days, this law will also become operational. For the benefit of the Nation, for the benefit of the people, whatever needs to be done will be accorded our top priority.”

Above is an excerpt from the English rendering of the text of PM’s ‘Mann Ki Baat’ address on All India Radio on 25.12.2016. (Source: English Releases, Press Information Bureau, Government of India)

To curb the menace of black money, post demonetisation, Government of India is yet to make another surgical strike and this time it will be the Benami properties set as a new target on the radar.

Following are the key highlights of the Act:

Benami is a Hindi word which means without a name. In this kind of transaction, the person who pays for the property buys it under someone else’s name. The person on whose name the property has been purchased is called the Benamidar and the property so purchased is called the Benami property. The person who finances the deal is considered to be the real owner. The Benamidars park their black money by buying properties through multiple channels and use bank accounts of different people.  In most such deals, the property papers are kept by the person paying the money and he also keeps a power of attorney to sell the property when the price appreciates. The property is held for the benefit - direct or indirect - of the person paying the amount.

What constitutes a Benami Property?

According to the provisions of the act, the constitution of Benami property can be summarized as under:

Exceptions (Not considered a Benami Property):

The point to be noted here is that a property bought by an individual in name of his parents will be considered as a Benami Property under the act.

What constitutes a Property?

Property means assets, whether moveable or immovable, tangible or intangible, corporeal or incorporeal and includes any right or interest or legal document or instruments evidencing title to or interest in the property. Thus, the scope of property has been substantially widened to include not only real estate but also the financial Securities, fixed deposits, bank accounts, Gold etc. held in someone else’s name.

What is the Rationale of holding the Benami property?

There are several purposes for which people hold Benami properties. Major reasons are:

What are the implications of holding a Benami Property or involving in a Benami Transaction?

Under the act, stringent provisions have been prescribed for prohibiting involvement in a Benami Transaction.

Any person entering into a Benami transaction in order to defeat the provisions of any law or to avoid the payment of any statutory dues or creditors will be punishable with:

Any person who knowingly gives false information to any authority or furnishes any false document in any proceeding, shall be punishable with:

Also, the property which is a subject matter of a Benami transaction will be liable to be confiscated by the Central Government.

What will happen to an already existing Benami property?

The Act prohibits the re-transfer of a Benami property to the actual owner. Any such transfer will be deemed as null and void. Also, the act clarifies that Benami property that has been declared as part of the Income Disclosure Scheme of 2016 will not be acted against. Thus, any other Benami property will be confiscated by the central government as per the specific procedure prescribed under the act.

What are the authorities prescribed under the Act?

The act also lays down a robust framework for implementation of the provisions regarding Benami transactions. Four authorities have been prescribed to be formed to conduct inquiries, attachment, adjudication and confiscation of the Benami property:

The initiating officer, if believes that a person is Benamidar, will issue the show cause notice specifying why the property should not be treated as Benami property. He may hold the property for a period of 90 days from the date of issue of notice after obtaining a prior approval of approving authority.

Benami Transactions (Prohibition) Amendment Act 2016 has substantially widened the scope of operation as compared to the old act. Also, any offence involving Benami transactions has become a non-bailable and cognizable offence.

As quoted by the famous novelist Tom Sharpe, “All is fair in love, war and tax evasion.” the Act is certainly a very comprehensive and stringent piece of legislation.