At a glance - Eway Bill 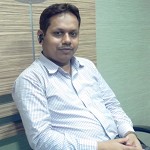 Electronic Way Bill (E-Way Bill) is basically a compliance mechanism wherein by way of a digital interface the person causing the movement of goods uploads the relevant information prior to the commencement of movement of goods and generates e-way bill on the GST portal.

E-way bill is a document required to be carried by a person in charge of the conveyance carrying any consignment of goods of value exceeding fifty thousand rupees as mandated by the Government in terms of section 68 of the Goods and Services Tax Act read with rule 138 of the rules framed thereunder. It is generated from the GST Common Portal by the registered persons or transporters who cause movement of goods of consignment before commencement of such movement.

Rule 138 of the CGST Rules, 2017 provides for the e-way bill mechanism and in this context it is important to note that “information is to be furnished prior to the commencement of movement of goods” and “is to be issued whether the movement is in relation to a supply or for reasons other than supply”.

How all can generate the e-way bill?

E-way bill is a mechanism to ensure that goods being transported comply with the GST Law and is an effective tool to track movement of goods and check tax evasion.

How is it generated?

Part A to be furnished by the person who is causing movement of goods of consignment value exceeding Rs.50,000/-.

Part B (transport details) to be furnished by the person who is transporting the goods.

No e-way bill is required to be generated in the following cases:

What are the modes of e-way bill generation, the taxpayer can use?

The e-way bill can be generated by the registered person in any of the following methods:

Features of the e-way bill portal:

The author can also be reached at rocguru@gmail.com