Are we Financially Literate? 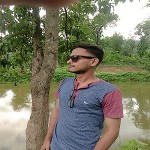 
Whenever the term “money” comes towards us we started to ponder and swagger our rationalism, but we are not sure that are we really literate about money or not. Some fellow earn more and spend more, some earn less and spend less, some earn more and spend less and some earn less and try to spend more, these are the varieties of people around us. Two levels: rich and poor but sometimes three due to insertion of middle class, is nothing but division of wealth, those who have more wealth are rich and those who haven’t are poor or middle class. But who is that person who cleaves us into rich, middle class or poor? The question is pending. But when we actually do thinking for sometime then we may be able to  solve to some extent, but we could only able say that I do not have more money that’s why I am poor or  I’ve got plenty of money that’s why  I am rich. Either the answers is correct or not, just leave it who is going to fatigue on this do some earning and be happy. Are we ever satisfied with the money or earnings of our, if we surveyed this in mass of the people above 95% answers will be “NO”. If no then why don’t we become rich and be satisfied over the money. Ok these are the common problems of every people, let’s move towards the solution, if the question ‘what do you want to do to make more money and become rich?’ arises then again 90% of the people will reply like; I want to work hard and earn more, I want to convince my boss to raise my payout, I want to work overtime etc. but nobody want to stop spending money, nobody wants to be financially literate and learn exactly the power of money. There’s a famous saying, “A penny saved is a penny earned” by Benjamin Franklin, it signifies the power of saving money in increasing your wealth.

I was in defining rich and poor people, when a child demands something to his father then there may be two types of replies else than fulfilling that. One father may say, “I can’t afford?” or other father may say, “How can I afford?” The first reply tends to block the further thinking process of that child but in second answer the child could think the alternatives available and go for that, he could explore the alternative way to get that. There is the difference between rich dad and poor dad, and we can easily figure out which one is rich and which one is poor, we all know narrow or poor thinking has been depicted by first father but the second father has been going optimist and let the child to take the decision whether to buy that thing or look something else. Rich people used to say that they are not working for money but money is working for them, it is correct statement because money is nothing but a very useful note used for selling and buying commodity instead of bartering. In bartering system we used to exchange one product with other product but due to this money factor we can directly purchase them. Many people in this globe are poor because of their poor and narrow conservative thinking, that is the trap and they are still stuck at the same place in matter of money. This trap doesn’t allow people to move forward. That’s why the biggest trap in our life should be avoided. The biggest trap in our life is depending on others for finance i.e. money, fear of losing job, fair of failure. Nothing in this world is independent but at least we can become interdependent.  If we get out of these traps then certainly we’ll be rich. Nevertheless these traps are within us our financial growth will be ceased and we’ve to work for money instead of money working for us.

We don’t have to be expert and posses core knowledge of financial things to become rich, but as a wise person we got to learn following four basic knowledge then we’ll be unstoppable:

Most of the people get bothered in numbers but simply knowing numbers can raise us upward financially. A small knowing of what is accounting and how it works really aid us. If we know how numbers are working then this knowledge of numbers could raise our understanding over accounting and financial knowledge. The more money we are responsible for more accuracy is required or the empire comes tumbling down. Accounting helps us to identify the strengths and weakness of the entity. In accounting we have to use our both parts of our brain and can be said that a good brain exercise. The left part of our brain is creative and because of that part creativity comes inside us. The other part rather than being creativity it seeks for details means realistic about facts and clues.

Although people used to say that for investing money it requires age and younger people can’t invest in good area, let me remind such people Mr. Warren Buffet became billionaire by investing money, he’d started investing money since he was in early teenage . Investing is the science of making money and who doesn’t want money and make more money. Investing involves strategies and formulas. This is centralized by our left brain or creative brain.

The chain of supply and demand can be sighted everywhere. When we were small, at Dashain  whenever we went to market the market used to be crowded, prices are relatively higher, these all happened due to demand and supply. At festive time demand of consumer commodity used to be higher than in other time that is the reason my father always bought things for us after festive season. He never purchased things in festive season except some commodities of perishable nature. Like in stock exchange highly demanded shares have higher price and vice-versa. This demand and supply could make a person millionaire in some moments and a millionaire can be turned into bankrupt at same time. Understanding market is very necessary, we know we need some experience to forecast about market but if we see the trend we can somehow predict the market. So if we failed for sometimes then we don’t have to panic over it because of that failure at least we could learn the things that a non-failure couldn’t learn. The main thing is don’t quit because quitter has no place in this world.

A citizen of any country residing in that country shall has to know the relevant laws acting or binding upon him it’s deemed to know that. An individual knowing the knowledge of tax advantage under the protection of corporation can get rich so much faster than someone owing sole proprietorship or an employee. It’s like someone flying and someone crawling.

A corporation can do so many things that an individual can’t do. Expending before paying taxes is one of the great advantages of owing a corporation. We can do board meeting as the place we want which fulfill our desire to travel that place, our insurance, car expense, and lunch bill are office expenses. But we have to do it legally and that’s why they hire best professional and attorneys. We live in a litigious society. Rich people control everything but own nothing but middle class people want to own everything.

Due to increase in tax rates the middle and poor class people have to bear the effect. Rich people will definitely find out the loop holes on the law and get out of the liability or minimize their liability. Spending money over professionals and consultants is like an investment for rich people and but same is waste for middle class. Here is the difference between rich and poor.

Financial IQ is the synergy of knowledge (right brain) and skills (left brain). By knowing above four combinations we can aspire our dreams into reality. Many people work for money but wise and rich people work for learning. The big corporate people in the world like Steve Jobs, Bill Gates, and Warren Buffet etc. they all had started by learning. They learned by their failure, their employer, and their environment. The four tools as discussed earlier were also their weapon to reach up to here. Starting from ground zero is just like reincarnating again for that work. As soon as we come out of womb of our mother we started learning like learning to cry, learning to smile, learning to ply etc. and it goes on till the last moment of death.

We can take eagle as a vital learning tool for “Don’t Quit”. Eagle has the longest life span of approximately 75 years among birds. But at the middle of his age i.e. 35 years its physical power gets deteriorated to the point of death, but it goes through a long painful process of 150 days for removing its talon, feather, beaks in order to grow new ones. That’s why we admire eagle as a symbol of power, patience, &freedom which never quits. But we’re human being why should we have to quit. So we’ve to get out of comfort zone and go for the destiny we have chosen. We can also learn from our precedent brave Gorkhalis who never quit to fight against British Empire whiteout any modern weapons. “It’s better to die than to be a coward”, this is the slogan of British Gorkha Regiment in England.

There are a lot of opportunities in our society, and most of the people fail to recognize them at the right time. We wait for something big to happen but who knows that big opportunities have already been passed away beside us. So we have to learn how to identify the opportunities and grab them. We have some common enemies like arrogance, cynicism, fear and laziness. Sometimes we fail to identify the good things due to our friend circle too, that “Sky is Falling” story. We ought to have the tendency to follow the crowd, it’s human nature to follow the crowd because no one wants to fail uniquely and go unique among the crowd. This is the uniqueness which keeps us away from the crowd and leads us to that point where everyone sometime used to dream about it.

Let me write a real story over here. Once in Laxminagar in Delhi, a thief cleaned the flat of one my friend, he took everything valuable like laptops, mobile phones and etc. But he didn’t touch the books. As we are CA students we have a lot of books, but fortunately ho didn’t take any of them. That day we learned one thing, the things that is invaluable for thief is books and same are the most valuable things for us. So why don’t we invest in our education. The other thing we know we cannot except anything from others without giving them something. If we desire anything from our society and nation then first of all we have to contribute to it from our side. Whenever we feel we have nothing we should give away. It may sound crazy but this is the thing that we need to do, like said in our holy books.

Finally at the end of the article I’d like to say that no one in this world is independent and that’s why being interdependent is the best thing to be. So removing our procrastination from today, from now let’s move towards our destiny and see the s world from there.

(This article is influenced by the book “Rich Dad Poor Dad” written by one of the bestselling author Robert T. Kiyosaki.)