According to section 2(34) of Companies Act,2013, a Director is a person appointed to the Board of the company who manages the affairs of the company. With regard to the legal position of the directors in relation to the company, a director can be considered as both agent and trustee of the company.

There are two types of Directors-

Executive Directors are the directors who manage the different business operations carried by the company. Whereas, Non Executive Directors participate through board meetings in framing the policies for efficient management of the Company.

Who can be appointed as the director of the company?

Further, as per section 152(3) of Companies Act,2013, only an individual to whom the DIN is allotted can be appointed as the director of the company. 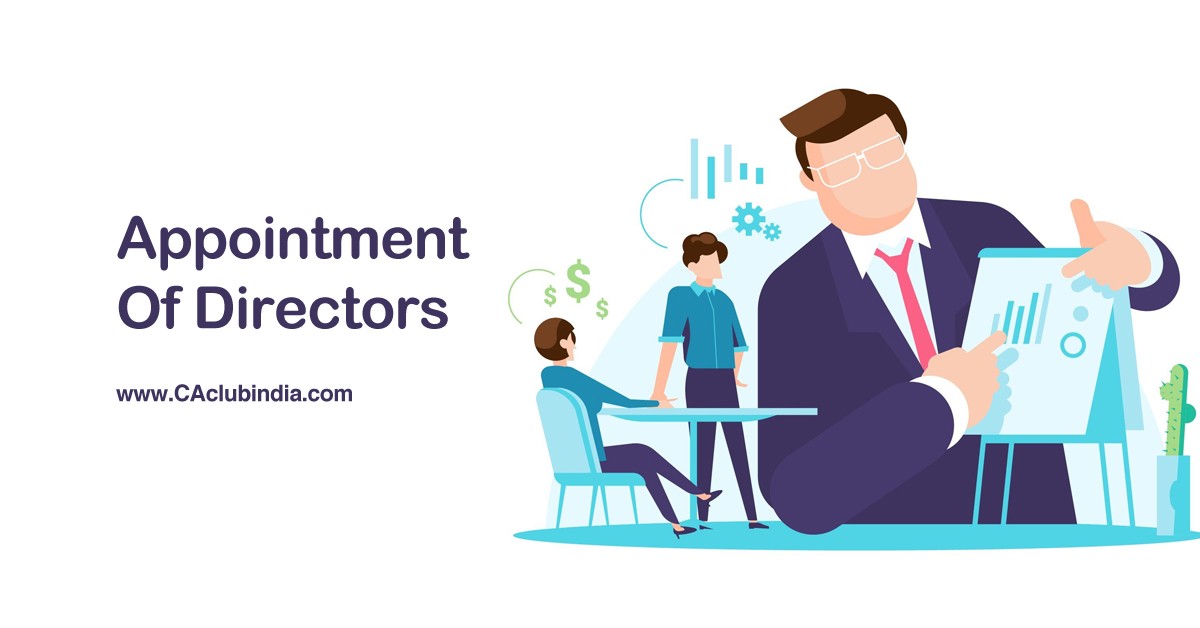 What is the number of directors a company can appoint?

Minimum number of Directors- Every company shall have

A Government Company and Section 8 Company are exempted from the application of Section 149(1)(b) of Companies Act,2013, which requires the company to have a maximum of 15 directors only and also from the application of first proviso to section 149(1) which enables the company to appoint more than 15 directors after passing a special resolution, provided such companies have not defaulted in filing the financial statements under section 137 or Annual return under section 92 with the registrar.

How to appoint Directors?

Usually Articles of the company contain names of First Directors. When no such provision is made, the subscribers to the memorandum who are individuals shall be deemed to be the first directors. The directors so appointed shall hold the office until the directors are duly appointed.

The term of First Directors is limited to the First Annual General Meeting.

Unless the Articles of the company provide otherwise, the subsequent directors are appointed by the company in the general meeting.

What can you do to be productive and keep your mind fresh amid COVID-19?