Analysis of the insolvency and bankruptcy code, 2016 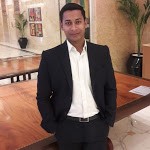 THE INSOLVENCY AND BANKRUPTCY CODE, 2016

Bankruptcy is a legal status usually imposed by a Court, on a firm or individual unable to meet debt obligations. The current Indian Bankruptcy legal framework is highly complex, developed out of multiple judicial forums resulting in a lack of clarity and certainty in jurisdictions. Decisions are often appealed, stayed or overturned by judicial forums having concurrent or overlapping jurisdictions. The pro-revival approach of the judicial systems leads to delay in the closure of unviable business since the standstill mechanism has been misused by corporate debtors. As a result, the average time to resolve insolvency in India is 4.5 years, further details are given in annexure-1. India has lowest recovery rate in the world at about 20% of debt value; further Details are given in Annexure-2.

The present legislative framework for bankruptcy and insolvency

INDIVIDUAL BANKRUPTCY AND INSOLVENCY is legislated under the Presidency Towns Insolvency Act, 1909, and the Provincial Insolvency Act, 1920. High courts have the jurisdiction over insolvency related matters in the erstwhile Presidency towns of Chennai, Kolkata and Mumbai. Subordinate courts hear cases of individual insolvency in all other areas, with the district court being the court of appeal.

CORPORATE BANKRUPTCY AND INSOLVENCY is covered in a complex of multiple laws, some for collective action and some for debt recovery. These are: Companies Act, 1956 and 2013 and SICA, 1985 – deals with restructuring of distressed industrial firms. Under this Act, the Board of Industrial and Financial Reconstruction assesses the viability of the industrial company, and refers an unviable company to the High Court for liquidation. SICA 1985 stands repealed, but the repealing enactment is yet to be notified.

A civil court jurisdiction is the basic mechanism that is available to any creditor for debt recovery. If the loan is backed by security, this is enforced as a contract under the law. The Recovery of Debt due to Banks and Financial Institutions Act, 1993 gives banks and financial institutions greater powers to recover collateral at default. The law provides for the establishment of special Debt Recovery Tribunals (DRTs) to enforce debt recovery by these institutions. The law also provides for the Debt Recovery Appellate Tribunals as appellate forum. The Securitisation and Reconstruction of Financial Assets and Enforcement of Security Interest Act, 2002 enables secured creditors to take possession of collateral without requiring the involvement of a court or tribunal. List of different committee constituted by the government for Insolvency law is given in annexure-3

What is the need for an insolvency and bankruptcy code 2016:

THE INSOLVENCY AND BANKRUPTCY CODE, 2016

The objective of the Insolvency and Bankruptcy Code, 2016 is to consolidate and amend the laws relating to reorganization and insolvency resolution of corporate persons, partnership firms and individuals in a time bound manner. It will replace the existing bankruptcy laws and cover individuals, companies, limited liability partnerships and partnership firms. It will amend laws, including The Companies Act, to become the overarching legislation to deal with corporate insolvency. The comparison of international bankruptcy laws with proposed framework is given in Annexure-4.

Journey of The Insolvency and Bankruptcy Code, 2016 given in Annexure-5

PRINCIPLES FOR A NEW CODE:

The Committee chose the following principles to design the new insolvency law:

The Debt Recovery Tribunal (“DRT”) shall be the adjudicating authority (“Adjudication Authority”) with jurisdiction over individuals and partnership firms other than Limited Liability Partnerships (“LLPs”). Appeals from the order of the DRT will lie to the Debt Recovery Appellate Tribunal (“DRAT”);

The National Company Law Tribunal (“NCLT”) shall be the Adjudicating Authority with jurisdiction over companies, other limited liability entities (including LLPs.).

National Company Law Appellate Tribunal (“NCLAT”) shall be the appellate authority to hear appeals arising out of the orders passed by NCLT and the Regulator in respect of insolvency professionals or information utilities.

Currently, the Companies Act 2013 permits the following parties to file an application before NCLT for a declaration that company is sick- (a) the company, (b) any secured creditor, (c) the Central Government, (d) the Reserve Bank of India, (e) State Government, (f) public financial institution, (g) a State level institution, (h) a scheduled bank. Even under the SARFAESI, 2002, debt enforcement rights are available for secured creditors only.

A. Initiation of Proceedings.

FC is a creditor to whom a financial debt is owed and includes anyone to whom such debt is assigned/transferred. OC is one to whom an operational debt is owed i.e., debt in respect of goods or services including employment or debt arising under any law in force for the time being and payable to Central Government/State Government/Local Authorities.

The FC has to move an application before the NCLT showing them the proof of default and proposing an interim Insolvency Professional (IP). The NCLT will then ascertain the existence of default from the records of an IU (i.e. information utilities) or on the basis of other evidence furnished by the creditor. However, in the case of an OC, the OC has to first serve a demand notice along with the proof of default, giving the debtor ten days to respond to dispute the claim. If the claim remains undisputed, then the OC can file an application before the Adjudicating Authority.

B. Steps after admission of application.

NCLT would declare a moratorium period for prohibiting actions such as, institution of suits, continuation of pending suits/ proceedings against the CD including execution of any judgement, decree or order; disposal/encumbering of CD's assets or rights/interests therein; any action to foreclose, recover or enforce any security interest created by the CD, etc. thereafter it would appoint an interim IP.

Issuance of public announcement of the initiation of insolvency resolution process and call for the submission of claims. And then Interim IP inter alia takes over the management and powers of the board of directors of the CD, and collects all information relating to assets, finances and operations of the CD for determining its financial position; collates all claims submitted by the creditors and constitutes a Committee of Creditors ("COC").

The COC thereafter either resolves to appoint the interim IP as the IP or replaces the interim IP by appointing a new IP, in accordance with the prescribed procedure and the IP will then take over the management and assets of the CD, and can exercise the wide powers granted to it, in the manner prescribed under the Code. It will prepare an information memorandum in relation to the CD, on the basis of which the resolution applicant will prepare a resolution plan. IP will scrutinize the resolution plan and present it to the COC.

The Code mandates completion of the insolvency resolution process within a period of 180 days. This period can be extended for a period of up to 90 days, upon an application filed by the IP subject to authorization by the COC by a vote of 75%.

The Code also envisages a fast track insolvency of CDs, within 90 days (further extendable upto 45 days), which has income and assets value below such limit, or which has such class of creditors or such amount of debt or such other category of persons, as notified by the Central Government. Complete timeline is given in Annexure-6

Liquidation proceedings can be initiated against a CD if:

CONCLUSION: TOWARDS EASE OF DOING BUSINESS

JOURNEY OF THE INSOLVENCY AND BANKRUPTCY CODE, 2016

TIMELINES (AS STIPULATED IN THE CODE):

The following debts will be paid in priority given below: