An analysis on blockchain 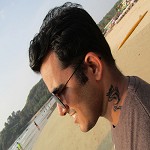 A blockchain is a continuously growing list of records referred as blocks, which are linked and secured using cryptography. Each block contains reference to a previous block, timestamp and transaction data. By design, blockchains cannot be modified easily. It is also called as distributed ledger that can record transactions between parties effectively and in a verifiable and permanent manner. Block-chains are managed by peer-to-peer technology. Satoshi Nakamoto an anonymous person conceptualized the first blockchain in year 2008 and implemented in 2009 as a core component of bitcoin.

A blockchain is a decentralized and distributed digital ledger that is used to record transactions across many computers so that the record cannot be altered without the alteration of all subsequent blocks and the collusion of the network. This allows the participants to verify and audit transactions inexpensively. The authentication process is done by mass collaboration powered by collective self-interests.

By storing data across its network, the blockchain eliminates the risks that come with data being held centrally. Its network lacks centralized points of vulnerability that hackers can exploit. Blockchain security methods include the use of public-key cryptography. A public key (a long, random-looking string of numbers) is an address on the blockchain. Value tokens sent across the network are recorded as belonging to that address. A private key is like a password that gives its owner access to their digital assets or the means to otherwise interact with the various capabilities that blockchains now support. Data stored on the blockchain is generally considered incorruptible. This is where blockchain has its advantage. While centralized data is more controllable, information and data manipulation are common. By decentralizing it, blockchain makes data transparent to everyone involved. (Source: Wikipedia) Quality of data is maintained by a large amount of database replication and computational trust. Miners in this decentralized system has a copy of the whole blockchain. Mining nodes validate transactions & add them to the block they are building, and then they program the completed block to other nodes.

Blockchains which are open to the public are more user friendly than some traditional ownership records, which, while open to the public, still require physical access to view. The great advantage to an open, permission-less, or public, blockchain network is that guarding against bad actors is not required and no access control is needed. This means that applications can be added to the network without the approval or trust of others, using the blockchain.

To understand the process of blockchain it can be understood through graphics. Below graphics will explain the whole BLOCKCHAIN 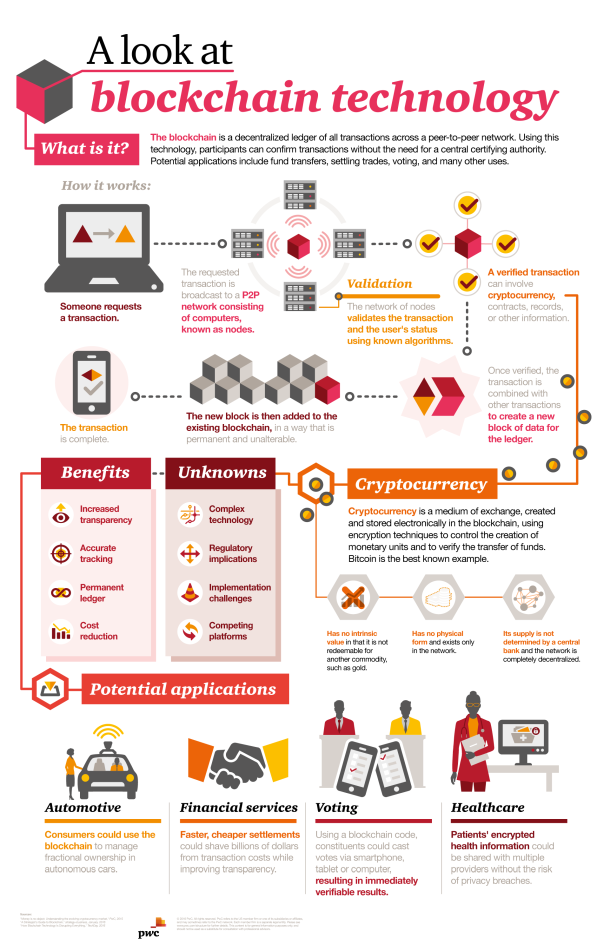 Conclusion: Acceptance of this technology is not widespread. There are also implementation and regulatory challenges. If these issues are resolved industries can capitalize on this technology and curtail cost to a large extent.