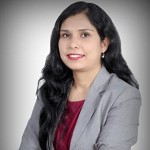 The list of offences which are re-categorised as defaults carrying civil liabilities which would be subject to an in-house adjudication mechanism, along with the pre-ordinance punishment in each case is as under:


Ensuring compliance of the default and prescribing stiffer penalties in case of repeated defaults.

To achieve the said reform, the Ordinance has modified sub-section (3) and (8) of section 454 and also introduced a new section 454A as follows:

As per Companies Act, in case of Indian company having Holding/ subsidiary/ Associate Company situated outside India, it is allowed the change the financial year as per such company with the approval of Tribunal.

In terms of Section 14(1), for Conversion of Public Company into Private Limited Company, the power to approve is shifted from Tribunal to Central Government.

1. Section 26 - Matters to be stated in prospectus

2. Section 29 - Public offer of securities to be in dematerialized form

The term 'public' has been omitted under section 29(1)(b). Government would now prescribe the class of companies (not restricted to public companies), which would be mandatorily required to issue the securities only in dematerialized form.

4. Section 90 - Register of significant beneficial owners in a company

1. In case the unspent amount does not relate to any ongoing project, unspent amounts to be transferred to a Fund specified under Schedule VII within a period of six months of the expiry of the financial year.

2. In case the unspent amount relates to any ongoing project subject to fulfilling of prescribed conditions, unspent amounts to be transferred by the company within a period of thirty days from the end of the financial year to a special account to be opened by the company in that behalf for that financial year in any scheduled bank to be called the Unspent Corporate Social Responsibility Account.

3. Such amount shall be spent by the company in pursuance of its obligation towards the Corporate Social Responsibility Policy within a period of three financial years from the date of such transfer, failing which, the company shall transfer the same to a Fund specified in Schedule VII, within a period of thirty days from the date of completion of the third financial year.

4. Penal provisions inserted as under:

The company - punishable with fine which shall not be less than Rs. 50,000 but which may extend to Rs. 25 lakh

6. MCA empowered to give general or special directions to a company or class of companies as it considers necessary to ensure compliance of provisions of this section.

8. Section 241 - Application to Tribunal for relief in cases of oppression, etc.

Central Government to prescribe such company or class of companies in respect of which, applications under such sub-section, shall be made before the Principal Bench of NCLT and shall be dealt with by such Bench.

In certain circumstances, the Central Government may refer the matter and request to the Tribunal to inquire into the case and record a decision about whether the person is a fit and proper person to hold the office of director or any other office connected with the conduct and management of any company.

In matters under section 241, the Tribunal shall record its decision stating specifically as to whether or not the respondent is a fit and proper person to hold the office of director or any other office connected with the conduct and management of any company.

10. Section 243 - Consequence of termination or modification of certain agreements

11. Section 272 - Power of Court to stay or restrain proceedings

The Registrar shall be entitled to present a petition for winding up under section 271, except on the grounds specified in clause (a) or clause (e) of that sub-section:

271(e) provides that a company may, on a petition under section 272, be wound up by the Tribunal, if the Tribunal is of the opinion that it is just and equitable that the company should be wound up.

Registrar allowed to present a petition of winding up on the ground that it is just and equitable to do so under clause (e) of section 271.

Prospectus not required to be registered by the Registrar.