All about Valuation Standards 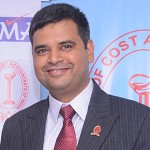 The Ministry of Corporate Affairs (MCA) has notified the provisions governing valuation by registered valuers [section 247 of the Companies Act, 2013 (the Act)] and the Companies (Registered Valuers and Valuation) Rules, 2017 (the Rules), both to come into effect from 18 October, 2017. These rules are game changer in the domain of Valuation. Earlier various class of professionals were given authority to certify valuation in the absence of dedicated framework under any regulatory authority. Now with this rules and IBBI being appointed as responsible authority to administer and perform functions under the said rules, the valuation domain is being well regulated.

Presently more than 900 valuers are registered under IBBI and they are only authority to carry out valuations under different legal framework. Nevertheless the other laws are soon expected to be amended to include the Registered Valuers to carry out Valuations.

Valuation is inexact science requiring both objectivity and subjectively. Hence professional judgment of valuer is critical in valuations. One of the key reasons of regulating this domain was to bring consistency and uniformity. Different valuers have been taking different assumptions may lead to drastic differences in value conclusion. In many cases, the valuation also lacks uniformity and generally accepted global valuation practices. To bring uniformity, the valuation rules prescribed Valuation Standards.

As per definition 'Valuation standards' means the standards on valuation referred to in rule 18 of the Companies (Registered Valuers and Valuation) Rules, 2017

Rule 18 prescribes Valuation Standards. The Central Government shall notify and may modify (from time to time) the valuation standards on the recommendations of the Committee set up under rule 19.

(1) The Central Government may constitute a Committee to be known as 'Committee to advise on valuation matters' to make recommendations on formulation and laying down of valuation standards and policies for compliance by companies and registered valuers.

The Centre Government has set up a 12-member 'Committee to advise on valuation matters' headed by R Narayanaswamy, Professor-Finance & Accounting, Indian Institute of Management, in May 2018.

This committee is being set up to make recommendations on formulation and laying down of valuation standards and policies for compliance by companies and registered valuers. The committee is expected to come up with the report and Valuation Standards soon.

The Valuation standards are set with objective to Standardize the various principles, practices followed by Registered Valuers or Valuation Professionals in valuation of assets & liabilities.

Rule 8. (3) states The valuer shall, in his report, state the following:-

(h) procedures adopted in carrying out the valuation and valuation standards followed;

Rule 8 prescribed that The registered valuer shall, while conducting a valuation, comply with the valuation standards as notified or modified under rule 18:

Hence it is mandatory for registered valuer to comply with the valuation standards as notified under rule 18. However the Valuation Standards are not yet notified under Rule 18.

• The General Standards set requirements for the conduct of all valuation assignments including establishing the terms of a valuation engagement, bases of value, valuation approaches and methods, and reporting.

• The Asset Standards include requirements related to specific types of assets, including background information on the characteristics of each asset type that influence value and additional asset-specific requirements regarding common valuation approaches and methods used. The assets standards cover:

VS 102-Valuation Bases- It defines important Valuation Bases & Prescribes the measurement assumptions. Also explains the premises of values. A valuer is responsible for selecting the appropriate valuation base considering the terms of engagement and the intended purpose of the valuation.

VS 103- Valuation Approach and Methods- it defines approaches and methods for asset valuation and provides guidelines. There are three types of Valuation Methods such as Market method, Income method and cost method.

VS 201- Scope of Work, Analyses & Evaluation- It identifies scope & terms of documents of valuation and engagement, responsibilities of valuer and client. The terms of the valuation Assignment shall be documented in writing in an Engagement Letter.

VS 301- Business valuation- It provides guidance for business valuers. The objective of this standard is to create uniform concepts, principles, practices and procedures of valuers for performing valuation services.

VS 302- Intangible Assets- The objective of this standard is to prescribe specific guideline & principles applicable to valuation of intangible assets that are not dealt specifically in another standard. Intangible assets are categorized as under:

VS 303 - Financial Instrument- It establishes principles, suggests methodology and consideration to be followed by valuer in performing valuation of financial instrument. It also supplements other valuation standards. If any change in valuation technique may be necessitated are:

Soon the 12-member 'Committee to advise on valuation matters' headed by R Narayanaswamy, is expected to submit the report based on which Indian Valuation Standards under rule 18 will be notified.

Once notified the Standards will be applicable to all Registered Valuers and he/she has to mention the compliance to the Valuation Standards in his report. Hence it is imperative for stake holders to know the Valuations Standards, because the business decision will be taken based on the Valuations.

The author can also be reached at harshadde@gmail.com