All you need to know about LLP

It is said that Business lies in the Blood of the ‘Guajaratis’ & there are different forms of running business i.e. Proprietorship, HUF, Partnership Firm, Company etc.

It can be said that the LLP i.e Limited Liability Partnership lies between company and partnership form of business. It is like international wine in an Indian bottle.

So let’s have some brief intro about the LLP, A new emerging form of business,

LLP is governed by THE LIMITED LIABILITY PARTNERSHIP ACT, 2008 the same has received the assent of the president on 7th January,2009 and it is applicable to whole India.

Same as partnership deed or Memorandum of Association and Article of association in case of company, Here limited liability partnership agreement is the chartered document for the LLP

However the same is not mandatory, in absent of it Schedule-I of the Act will govern the Mutual rights and duties of the LLP and its Partners but if the partners want to specifically exclude any of the provision of the schedule-I then they have to prepare the LLP agreement for example as per the provision of the schedule-I partners won’t get any remuneration therefore to give remuneration to the partners they have to form the same.

The same is defined in the Act as follows,

LLP can be formed with a view to carry on business and profession to earn profit thus it can’t be formed for Non profit motive activities.

Even LLP can’t get engaged in the business of lending and borrowing.

Sof the Characteristics of the LLP are as follows,

LLP must have at least two designated partners and one of them must be Indian resident.

These Designated Partners will take care of day to day activities of the Firm and will be liable for any contravention of compliance provision of the Act.

Limited Liability Partnership will be treated as Partnership Firm for the purpose of Income tax and accordingly,

All the relevant provisions regarding taxation of partnership firm is applicable to it provided the exception for the same is provided in the Act itself.

Thus the LLP is taxed at the rate of flat 30% and applicable cess.

Remuneration to partners will be taxed as “Income from Business & Profession” and share of profit in the hands of the partner is exempt from tax u/s 10(2A).

The LLP is allowed to get deduction of remuneration paid to the partners subject to the maximum of limit prescribed u/s 40(b).

Benefit of presumptive taxation is not given to an LLP.

The Income tax return for the LLP is filed in the ITR-6 form though it is consider as partnership firm for the taxation purpose one of the reason for the same may be as it is governed and registered with ROC.

More over LLP is neither liable to DDT on the profit distributed by it to its partners nor liable to wealth tax.

Every LLP shall maintain such books of accounts which are sufficient to show the accurate view of the financial position of the LLP and details of the transaction carried out by it.

The same can be maintain either on cash basis or on accrual basis in double entry accounting system and must be kept at its registered office.

Books of accounts are required to be preserved for at least eight years from the date on which it was made.

Every LLP shall file the statement of Account and solvency in Form 8 with registrar within 30 days from the end of 6 months of the financial year to which the statements are concerned.

Every LLP is required to file annual return with Registrar within 60 days from the end of financial year in form-11.

As per the provisions of LLP Act and rules thereto provided every LLP whose turnover Exceeds forty lakh rupees or whose contribution exceed twenty five lakh rupees in any financial year then the same LLP is required to get its Books of Accounts audited by chartered accountant in practice.

Under “traditional partnership firm”, every partner is liable, jointly with all the other partners and also severally for all acts of the firm done while he is a partner.

Under LLP structure, liability of the partner is limited to his agreed contribution. Further, no partner is liable on account of the independent or un-authorized acts of other partners, thus allowing individual partners to be shielded from joint liability created by another partner’s wrongful acts or misconduct.

Points in Favor Of LLP:

- No maximum limit in No. of partners

- Foreign official can be a  partner

- LLP can own property in its Own Name

Liability of LLP is limited

- Registration Of LLP is compulsory

- Name of LLP must get approved

- Cost Of formation Is High

Main Difference between LLP & a Company

A basic difference between an LLP and a joint stock company lies in that the internal governance structure of a company is regulated by statute (i.e. Companies Act, 1956) whereas for an LLP it would be by a contractual agreement between partners.

LLP will have more flexibility as compared to a company.

LLP will have lesser compliance requirements as compared to a company.

Points in Favor Of LLP:

c. No Limit In case Maximum of No. Of partners

Ownership and management may be with same person

Now the question arises that how to form this LLP,

As per the provision of the act two or more person associated to carry on the lawful business can form a LLP.

Any Individual, Foreign official , Indian Company , foreign company or foreign LLP or LLC can be a partner in the LLP.

Even Foreign Nationals including Foreign Companies & LLPs can incorporate a LLP in India provided at least one designated partner is resident of India.

However, the LLP/Partners would have to comply with all relevant Foreign Exchange Laws/ Rules/ Regulations/ Guidelines

So the basic requirement to form LLP is two or more partners among which two will be designated partners and among them at least one will be Indian resident.

The following process can be followed to incorporate the, LLP

Conversion Of Existing Partnership Firm in to LLP:

Any existing partnership firm that is willing to get converted into LLP will need to apply through Form 17 (Application and statement for the conversion of a firm into LLP. Form 17 needs to be filed along with Form 2 (Incorporation document and Subscriber’s statement).

Conversion Of  a Company in to LLP:

On conversion of company to LLP the transfer of asset won't be consider as transfer for the purpose of capital gain if the conditions as laid down in section 47(xiiib) of The Income Tax Act,1961 is complied with.

The LLP so converted shall inform the concern registrar with in fifteen days of  such conversion about the conversion to strike off the name of the firm/company as the case may be from the list of the names of firms/companies.

“ A statement that it was, as from the date of registration, converted From a firm/Company, as the case may be, into a limited liability partnership & The name and registration number, if applicable, of the firm/Company from which it was converted.”

More over LLP so converted has to inform the previous registrar regarding such conversion in applicable form as soon as the LLP is registered after conversion.

As there is no provision in the law for converting back the converted LLP in partnership firm or company thus there is no u turn down the road so the decision of conversion must be taken only after evaluating all the aspects precisely.

Closing Down of LLP

LLP can close down its business by adopting any of the following two ways:

A) Declaring the LLP as Defunct

In case the LLP wants to close down its business or where it is not carrying on any business operations for the period of one year or more, it can make an application in eForm 24  to the Registrar for declaring the LLP as defunct and removing the name of the LLP from its register .

B) Winding up of LLP

It is the process where all the assets of the business are disposed off to meet the liabilities of the same and surplus any, is distributed among the owners. The LLP Act 2008 provides for following two modes for winding up the LLP i.e.:

As defined in the law under section 2(m),

LLP is not only in India it is present in different countries of the world as well.

It is there in Canada,China,Germany,Greece,japan,Kazakhstan,Poland,Romania,United States and United Kingdom But In Some countries there is difference between some features and working of the LLP and also known as LLC(Limited Liability Company) in some Country.

Thus the LLP is such a partnership firm which is having limited liability although clothed with the company format in its structure. 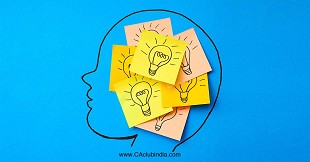 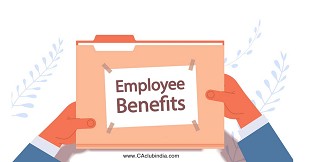 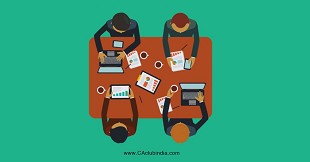 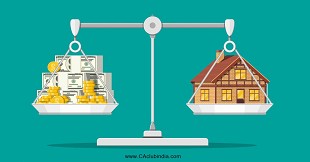 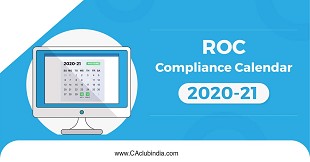 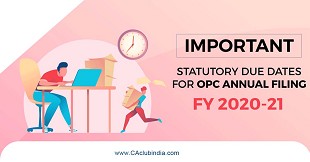