A Quick summary on small company 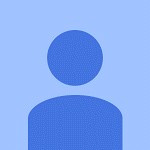 
The concept of "Small Company" has been introduced in the Companies Act, 2013. As per the act some companies are small companies based on their capital and turnover position for the purpose of providing certain relief/exemptions to these companies. As this concept is introduced because they do not require more compliances as large private and public companies require.

Small company means a company, other than a public company, -

(i) paid-up share capital of which does not exceed fifty lakh rupees or such higher amount as may be prescribed which shall not be more than five crore rupees; and

(ii) turnover of which as per its last profit and loss account does not exceed two crore rupees or such higher amount as may be prescribed which shall not be more than twenty crore rupees:

Provided that nothing in this clause shall apply to -

(A) a holding company or a subsidiary company;
(B) a company registered under section 8; or
(C) a company or body corporate governed by any special Act;

So as per above definition it can be concluded that

a. A company will be Small company if it fulfil both the criteria of having paid up share 50 lakh or less than it and having turnover of Rs.2 crore or less than it.

c. A company formed as section 8 company for Charitable Objects. In India and having capital and turnover as per small company cannot cover itself in status of small company.

Annual Return: As per section 92 annual return shall be signed by director if there is no company secretary.

Board meeting: As per section 174 small company are giving exemption and if they have hold one meeting in each half of a calendar year and the gap between the two meetings does not exceed less than 90 days than they have complied with this section.

Rotation of auditors: As per section 139 and rule (Companies audit and auditors rules 2014) small companies are not require to rotate auditors.

As per section 233 The Act also provides for a simplified scheme of a scheme of merger or amalgamation between two small companies, without requiring the approval of Tribunal, i.e. with the approval of Central Government(Regional director) if they have no objection.