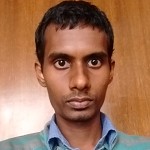 On 31st December 2018, CBIC has issued multiple circulars to clarify various issues. Besides, CBIC also issued various notifications and orders to give effect to the decisions taken at the 31st GST Council meeting as a welcome for New Year of 2019.

In this article, I would give you a quick grasp of all the clarifications given by CBIC on various issues

In Circular no. 76/50/2018 dated 31 December 2018 CBIC provides various topical clarifications. The key clarifications are as under:

In Circular no. 76/50/2018 dated 31 December 2018, it is been clarified that, the effective date for withdrawal from the composition scheme shall be the date indicated by him in his intimation/application filed in FORM GST CMP-04 but such date may not be prior to the commencement of the financial year in which such intimation/application for withdrawal is being filed;

Circular no. 78/52/2018 dated 31 December 2018 provides clarification on the export of services in cases, where a service exporter has outsourced portion of the service contract to a person outside India. It has been clarified that:

Circular no. 79/53/2018 dated 31 December 2018 provides clarification on various issues relating to refund. The major clarifications are as under:

Circular no. 80/54/2018-GST dated 31 December 2018 clarifies the applicable rate of tax and classification of various goods. Some salient clarifications are as under:

Applicability of GST on various programmes conducted by the Indian Institutes of Management (IIMs). In Circular No. 82/01/2019- GST dated 1st January 2019 it clarifies that through vide Notification No. 12/ 2017- CT (Rate) dated June 28, 2017, it was specified that with effect from January 31, 2018, all the IIMs will be “educational institutions”. Hence, w.e.f such date all IIMs have become eligible for exemption benefit under Sl. No. 66 of said notification. As such, specific exemption granted to IIMs vide Sl. No. 67 has become redundant.

Clarification on the issue of classification of service of printing of pictures covered under 998386. In Circular no. 84/03/2019 dated 1 January 2019 It is been clarified that service of ‘printing of pictures’ falls under service code 998386 i.e. ‘Photographic and video graphic processing services’ and not under 998912 i.e. ‘Printing and reproduction services of recorded media, on a fee or contract basis’ of the scheme of classification of service annexed to Notification No. 11/2017-CT(Rate) dated June 28, 2018. The applicable GST rate would be 18%.

GST on Services of Business Facilitator (BF) or a Business Correspondent (BC) to Banking Company. In Circular no. 86/05/2019 dated 1 January 2019 it clarifies the issues relating to transactions between the banking companies and banking facilitators (BF)/ banking correspondents (BC). The clarifications are as under:

Further, the simplification of refund procedures, doing away with the physical submission of application and various supporting documents is welcome and will lead to reduction in procedural aspects. Parties claiming the refund of compensation cess as exporters will need to review the classifications and their impact on past claims which are still unprocessed.