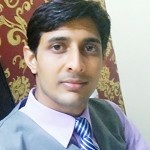 What is the meaning of success?  When desired things are achieved in the perfect manner is the success. Everyone may have their own definition of it, and at every stage of life it can be different.

Then question arises again, who is the deserving candidate??

A person who can digest the power of success is the deserving candidate for it. Who can understand the sensitivity of success, who can respect their own achievement, who can set the high standard of it. So getting success is an easy task rather than to digest it.

Because when success by mistake goes to unfit person, even the civilization can't digest the person itself. And there are so many example of it in the wombs of history.

The Dignified status of Tata Group of Industries had to face critics of market due to 'command in unfit hands.'

When power is in unfit hands society of civilization had to suffer from results.

So the success which you got after tireless hard word& infinite efforts is very difficult to digest, because success comes with some adornment.

And you have to prove that you didn't get success in dolais or donation. You have to set yourself at the standard where people can realize that 'you did not get success, success got you.'

This corporate world with full of opportunities is waiting for you to have your autograph on their statutory papers, go and enjoy each and every moment of your success, go and relish the desert of your meal.

Now try to become the idle for the upcoming dynasty, so that people can say 'You are my Real Hero.'